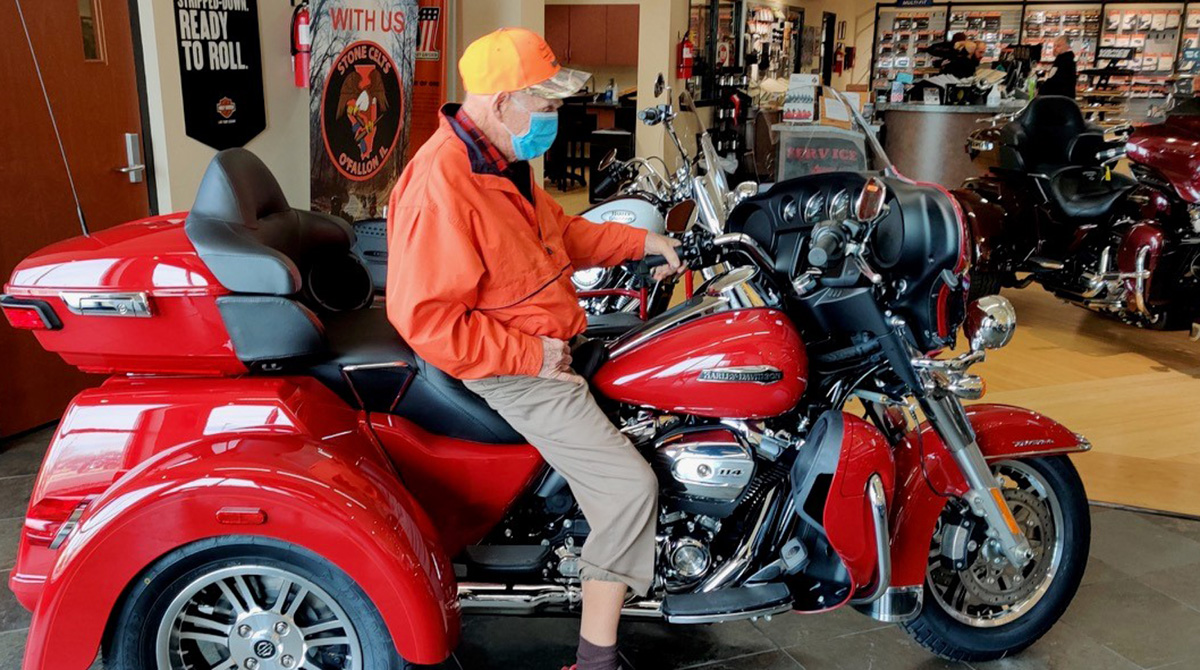 The CEO of Beelman Truck Co. was 100. A cause of death was not disclosed.

Beelman, who served during World War II, was remembered with full military honors during his funeral Aug. 9 in St. Libory.

Beelman was in the office every day until March 2020, when the COVID-19 pandemic began, and continued working remotely until recently.

“He couldn’t sit still,” said Beelman’s son Sam Beelman, who now runs the company. “He was just a remarkable man. He was driving his car and his Harley up until about a week and a half ago.”

Beelman Truck has 770 tractors and specializes in transporting dry bulk commodity materials across the country from its East St. Louis, Ill., location.

Beelman Truck Co. was started by Frank Beelman Sr. in 1906, delivering ice and coal by horse and wagon to customers in St. Louis, including the Anheuser-Busch brewery.

Frank Beelman Jr., born Nov. 20, 1920, joined his father at an early age loading and unloading vehicles, assisting around the office and eventually learning to drive a truck while he was still a young teenager.

He took time out from the industry in 1942 during World War II to enlist in the U.S. Army as a truck driver. He was also one of thousands of soldiers who attacked heavily fortified German positions at Omaha Beach on D-Day on June 6, 1944, liberating France.

Six months later Beelman saw combat again at the Battle of the Bulge, starting in December 1944, when German forces launched a surprise attack on Allied forces in the dense, snow-covered forests of Belgium, Luxembourg and France. The battle lasted into January 1945, after the Allied counteroffensive forced German troops to withdraw.

Beelman was among those Americans belonging to the so-called Greatest Generation. But Sam Beelman said despite the war decorations his father, who rose to the rank of sergeant, didn’t talk much about his experiences in World War II and downplayed his role in the two pivotal battles of the war.

“That was just his assignment. He was overseas for two years. He had a lot of combat duty,” Sam Beelman said. “My father didn’t like to talk about it much. We stayed away from that.”

Beelman was awarded several medals for his service during World War II, including the third-highest military decoration for valor in combat, the Silver Star Medal.

After returning from Europe, Beelman went home to his new wife, Kay, who he married while on leave in 1943, and the family trucking business. He grew the operation, continuing to work with various industrial coal customers and others, but also beginning to transport in the 1950s and 1960s many of the raw construction materials needed to build the interstate highway system in Illinois and Missouri.

“The company also hauled all of the coal for the Anheuser-Busch St. Louis Brewery, and he was very much involved in the haul of the rock and sand for the construction of the interstate, starting at the Chain of Rocks bridge mostly on the Illinois side,” Sam Beelman said.

He also stayed active with the community of American veterans, serving as the past commander of the St. Libory American Legion and helping the organization build a new legion hall.

“Frank was a giver, not a taker. He served his country during World War II and continued his service in the trucking industry,” ATA President Chris Spear told Transport Topics. “ATA is fortunate to have members, leaders like Frank. We wish his family well during this difficult time.”

Sam Beelman said his father was a devoted family man. Other survivors include daughters Nancy Friederich and Susan Sommer. He was preceded in death by Kay, his wife of 67 years, and son Daniel.

Beelman was proud to ride a Harley-Davidson motorcycle for the past 86 years, according to Sam Beelman.