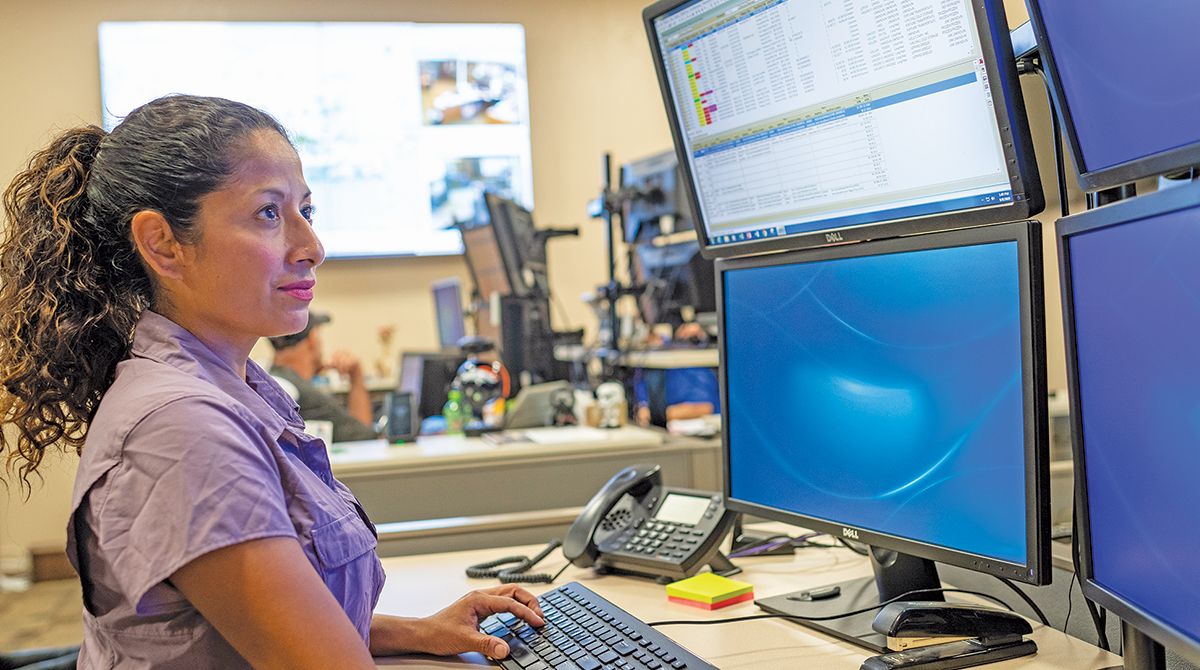 For fleets, finding and understanding data and putting it toward useful decision-making is critical to realizing a return on a TMS investment. (Trimble Transportation)

That’s the long-standing message from users and vendors when they talk about realizing a return on investment for transportation management systems (TMS).

The targets for automation are often work tasks that people perform repetitively.

“There’s a lot that can be done around back-office automation,” said Chris Hummer, president of Don Hummer Trucking in Cedar Rapids, Iowa. “If you can automate those tasks, you can free your people up to add value elsewhere.”

The value that Hummer is working to add is “better interaction” with customers and drivers, he said. “Spend more time on people, and less time on transactions.”

TMS vendors introduce new features and functions, updates, patches and fixes. Hummer noted that being an “active, engaged user” helps a carrier keep up-to-date on what is available. Also, soliciting feedback or input from all levels in a trucking company leads to a better understanding of business needs, and can help identify a specific problem or opportunity for automation.

“You can’t expect the technology to fix a problem that’s undefined,” Hummer said.

Dwight Bassett, president of The Boyd Cos., recommended “just sitting with a salesperson [or] dispatcher for a day to see what they are doing repetitively that could be automated.” 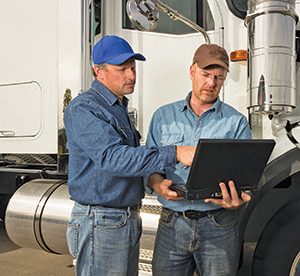 Trucking companies are realizing the benefits of TMS software from an efficiency standpoint. (shotbydave/Getty Images)

Looking at another part of the software can turn up a solution, he added.

Moran Transportation Corp. in Elk Grove Village, Ill., implemented a TMS about three years ago, before the pandemic, and since then, “We can’t automate enough,” said Mike Moran, the president of the less-than-truckload carrier.

“Our goal in customer service is to get zero calls, zero emails,” he added. “That’ll never happen, obviously.”

When the carrier encounters an internal challenge or a hurdle, Moran said, “We [ask] how can the system help us? Does it have a solution today? Or can we work with [software provider] Carrier Logistics” to come up with a solution? Moran said the goal is to “get the system to do the thinking.”

“It allows us to see the type of customer that we’re delivering to,” Moran said. The add-on, called LOC-AI, contains more than 100 categories of addresses, according to Carrier Logistics.

“The shipper doesn’t always give you the right information,” Moran observed. “We look at it and it says, ‘Tom Jones: Business’ and we send it out on a truck. But the driver arrives to find it’s a residence or a limited-access facility, or that a liftgate is needed.”

Using the AI technology, Moran said, “we route the shipment out there once on the correct piece of equipment, deliver it quickly and efficiently, [and] we’re also capturing additional accessorial charges. It’s a revenue generator for us as well.”

The pandemic posed challenges to effective TMS use, said Ben Wiesen, president of Carrier Logistics. Standard operating procedures, training programs and standardization “fell by the wayside a little bit because we had to physically distance,” and some worked from home, Wiesen said. 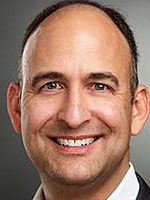 “It became very hard” to maintain best practices and consistent use of systems, he said. At the same time, using computer systems “has only been more important,” in part because those who worked remotely relied on them more, and because employees were often filling in for absent workers, Wiesen noted.

Finding and understanding data and putting it toward useful decision-making is critical to realizing a return on a TMS investment, users and vendors said. Bassett said that Boyd hired and trained a person to use a business intelligence module in the system to pull and analyze data and present the findings to management in “actionable form.”

During a recent sharp rise in diesel prices, a report was generated for the sales staff to identify customers whose fuel surcharges needed to be adjusted. “There’s so much information” in a system that producing such analytics “is not something a part-time person can do,” Bassett said.

The Boyd Cos. operate Boyd Brothers Transportation in Birmingham, Ala., and WTI Transport in Tuscaloosa, Ala. Combined, the companies operate 875 flatbed trucks and a logistics business. Their reports are data-light, Bassett emphasized.

“I don’t want my managers having to analyze data,” he said. “I need him to give me one page that tells me and my managers what the issue is.”

Creating the position and training the person was “a big investment,” Bassett said.

“When I hired him, he didn’t know anything about trucking, he didn’t have a great skill set for mining data, but he was a smart kid. He’s been with us about two years, and he really started to get good probably after a year,” he described. “My advice to anybody is to go find [yourself] a smart kid and let him loose on your data, and teach him about the industry.”

Within Don Hummer Trucking, there are 75 users of McLeod Software’s transportation management system. Hummer said he had attended all but one or two of the vendor’s user conferences over the past 15 years.

“I like to stay involved [as an] active, engaged user,” he said. “It also provides context. So, when I’m having conversations with people, I have a better idea of what they’re talking about.”

Sometimes individual users resist the automation that is being implemented via a TMS.

Randal Sanchez, senior solutions architect with McLeod Software, said that was understandable, “but as time passes, if those users aren’t pushed to that automation, aren’t pushed to use those new tools,” they revert to working the way they used to.

To counteract that tendency, Sanchez said, carriers or brokers should appoint one person, or name one person to lead a team, whose charge is to ensure that people are using the tools provided by the TMS. 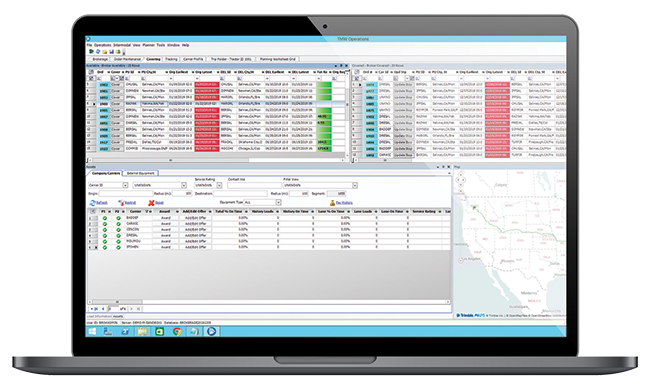 TMS suite packages, such as this one from Trimble, assist fleets with added customer services helping them better utilize the software. (Trimble Transportation)

For a variety of reasons, usage of software can degrade, said Jay Delaney, senior director of product management for Trimble Transportation. The main reason is that people come and go — to new positions, to other employers — and their replacements aren’t always trained either at all or very effectively, Delaney said. The result is “a general loss of knowledge,” and that loss is compounded with each promotion and departure.

Delaney said people then tend to underutilize the system “because they’re not aware that the software can do X or Y or Z.” Refresher training, online learning and user conferences can restore that knowledge, and raise effective use of TMS.

Changes in a trucking company’s business often pose a challenge to TMS use, Delaney noted.

“They acquire a new business. They try to integrate that new business into their software,” but the people from the acquired business “aren’t trained the same way.” In some cases, a user doesn’t reconfigure the system to reflect the changes to its business model, Delaney said.

“Point solutions” — electronic logs, document management software, EDI translators — can work against effective use of a TMS, said Magnus Technologies CEO Matt Cartwright, creating a scenario in which users “pull data from four systems that don’t naturally talk to each other.” He described how some users set up spreadsheets to manage the data from the different data sources.

“The TMS itself can’t use this information to help [users] make better decisions because it’s in an offline silo,” he said.

Relying on spreadsheets also negates opportunity for “further automation or extension of the TMS,” Cartwright said. “We want to tie into those solutions so we can pull the interesting information into the TMS so people only have to look at one system.”

Meanwhile, vendors continue to roll out new versions, updates and enhancements of their systems.

TMS provider Blue Yonder is investing in machine learning to develop the ability “to understand and predict loads out there that may fail before they’re even dispatched … before the driver comes and picks it up,” said James Peck, vice president and solutions adviser. Peck said the aim is to ease the job of dispatchers so they operate in a less “reactionary mode where things are late, or delayed or hours of service are out of tolerance or the driver’s upset because they’re not making the hours or miles” they expected. 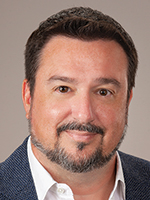 “When a dispatcher assigns them a job, it comes to them within the app, they touch a button to accept it and then the Trucker Path navigation kicks in” along with pricing and parking information.

The use of mobile apps is becoming a standard, some vendors said.

“Speed of answer and the way you communicate by using multiple different modals is really important,” said Doug Schrier, senior vice president of strategy for Transflo. “A driver requires you to have a multiple modal message option.”