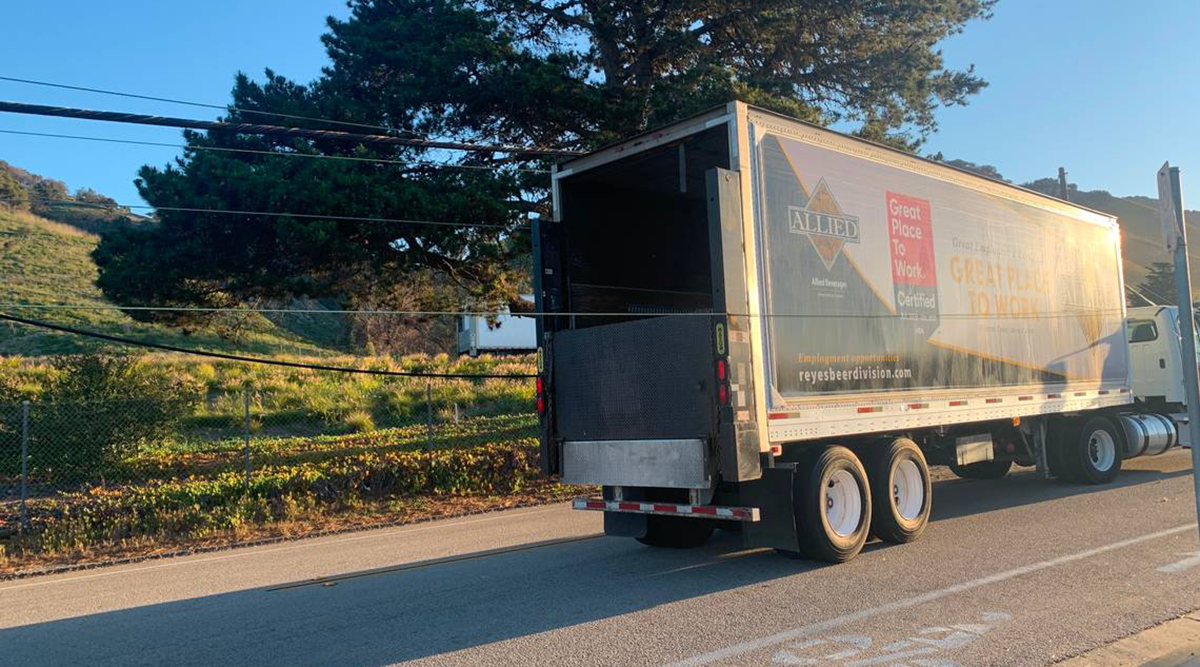 A big rig on the road in California. The state is considering a new regulation to phase out the sale of new diesel-powered trucks by 2040. (Chloe Jones/Tribune Content Agency)

From truckers to railroaders, commenters testifying at an Oct. 27 public hearing and in writing expressed concerns ranging from the cost of new electric trucks to the adequacy of charging infrastructure when California’s proposed Advanced Clean Fleets Regulation takes effect beginning in 2024.

The rule will require truck manufacturers to sell an increasing percentage of electric trucks to motor carriers each year, ultimately transitioning all trucks to electric or hydrogen fuel cell vehicles by 2045.

While truckers expressed concerns with the regulation at the hearing, supporters from environmental groups and residents of disadvantaged communities near the state’s ports testified in large numbers, saying the rule would go a long way toward cleaning the state’s dirty air and mitigating some health concerns such as asthma and cancer caused by diesel truck emissions.

While truckers said they supported the goal of the regulation, they voiced serious concerns with some of its provisions.

“Our members are at the forefront of evaluating how to successfully deploy these zero-emissions technologies, which will be advanced by the ACF regulation,” Mike Tunnell, director of environmental affairs for American Trucking Associations, told the CARB board. “Based on this experience, trucking fleets are unanimous in their belief that zero-emissions trucks are not capable of doing what the regulation requires, and the infrastructure cannot be established in the time frame given.

“The consequences of this is that fleets will have to deploy trucks that cannot do the same job as their current trucks, or they will have to take delivery of trucks before the charging infrastructure is ready.”

“There’s a great amount of work to do to make this regulation possible,” Chris Shimoda, senior vice president of government affairs for the California Trucking Association, told the board. “The [ACF] calls for all trucks, including those with totally incompatible duty cycles, to transition to zero emissions.”

Shimoda added that it’s important that the board understand the scale of the charging infrastructure network necessary for trucks.

“We need 65 to 160 megawatts, enough capacity to power a small city in the ground every week,” he said. “Up to 75% of the trucks down in the ports are estimated to need retail charging infrastructure.”

“As a longtime intrastate carrier, the impending ACF regulation is poised to cause harm to our organization and the supply chain at large within California and nationwide,” wrote Tiger Lines. “The technology to switch over to fully electric does not currently exist and is not within sight. Class 8 vehicle electric options available and in development are limited and unrealistic in fulfilling the day-to-day duties that current combustion engines fulfill.”

Several drayage operators offered similar comments, and also questioned their ability to travel to ports in a timely manner because they would have to charge their trucks en route, in some cases extending a usual one-day trip into two days.

“As a trucking company based in the Central Valley, there is no zero-emission equipment available today that would allow us to make it from our customers to the Port of Oakland and back without recharging en route,” wrote Cory Peters, chief financial officer with Best Drayage. “That is not practical, as the quickest charge available today is at least six hours. It is hard enough for drivers to make it between the Central Valley and the Port of Oakland and back within legal driving hours. Adding the charging time will make it impossible.” 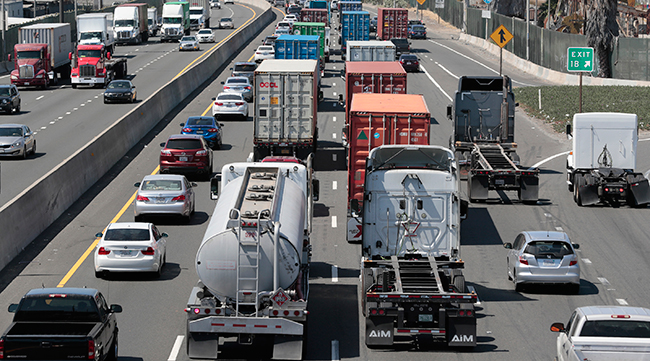 The Association of American Railroads even weighed in on the proposed regulation.

“BNSF Railway has completed several zero-emissions truck projects in its California railyards, and its experience from these projects demonstrates that the average cost per vehicle for the civil work and the chargers is currently $133,000,” the AAR wrote. “When combined with the average truck costs, the average cost per truck comes to a total of $320,000, or roughly three times that of a comparable diesel truck.”

The justification CARB has used for the ACF rule is based on data its experts say calls on medium- and heavy-duty vehicles to significantly reduce their emissions. CARB said those truck classes make up a quarter of transportation greenhouse gas emissions and a third of transportation oxides of nitrogen emissions, a disproportionately high share considering that the trucks represent only about 1.8 million trucks among the 30 million registered vehicles in the state.

California environmental officials say the state has the dirtiest air in the nation. The Oct. 27 hearing included a detailed briefing on the details of the regulation and offered those affected by the rule an opportunity to give their thoughts. The board doesn’t plan to formally approve the rule until spring 2023.

At $6.09 a Gallon, LA Pays Record Gasoline Price Over US Average