ATA Chief Economist Bob Costello said the annual gain was the strongest since 2018 and marked the 16th consecutive year-over-year increase. Still, it was the smallest annual jump over that span and reflected a freight market that slowed as the year drew to a close, he said.

“Despite the small gain in December, for-hire truck tonnage clearly decelerated during the final quarter in 2022,” Costello said. “The index’s yearly gains were primarily driven by strength in the first half of 2022, so despite a marked slowdown as the year ended, for the year as a whole tonnage posted a very solid year overall.”

Costello noted that trucking was faring better than some other sectors.

“Tonnage outperformed some other key metrics that drive truck freight, like housing starts and factory output during the final month of the year,” he said. “This is probably because contract truckload freight is still outperforming the spot market and less-than-truckload freight after underperforming both of those sectors in 2021.”

Truck #tonnage rose 0.4% in December, capping a 3.4% gain for all of 2022. @ATAEconBob: "Tonnage outperformed some other key metrics that drive truck freight, like housing starts and factory output during the final month of the year." pic.twitter.com/1ZzZrFQmtX

ATA since the 1970s has been calculating the tonnage index, which is based on surveys from its membership. The report includes month-to-month and year-over-year results, economic comparisons and key financial indicators. The index is dominated by contract freight as opposed to spot market freight.

Trucking represents 72.2% of tonnage carried by all modes of domestic freight transportation, including manufactured and retail goods.

Another gauge, the Logistics Managers’ Index, inched up when measured against November but still was down year-over-year. December’s reading was 54.6 compared with 70.1 a year ago, and it was 1 point higher than in November.

December economic activity revolves around holiday shopping and the steps firms take to prepare for it. According to Mastercard, consumer spending was up 7.6% for the holiday season, spanning Nov. 1-Dec. 24 year-over-year. E-commerce was up 10.6% year-over-year as consumer spending increased on items such as apparel and services such as dining, but declined for electronics and jewelry, noted one of the LMI’s authors, Arizona State University professor Dale Rogers. 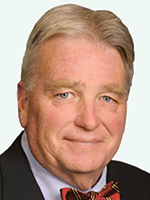 “This may have caught some by surprise as personal spending increased by 0.1% in November, down from the 0.9% increase observed in October, leading some to believe that retail spending would be depressed,” he said. “However, consumer expectations for continued inflation have declined to their lowest level since June 2021.”

The index is a combination of eight unique components that make up the logistics industry, including inventory levels and costs, warehousing capacity, utilization, prices and transportation capacity.

DAT operates the DAT One truckload freight marketplace. DAT said in December it was the first month-over-month positive change in spot truckload van and refrigerated freight rates since January 2022. DAT attributed the change to severe weather and a late surge of holiday goods pushing greater demand for trucking capacity.

The DAT Truckload Volume Index for van freight was 215 in December, a 4% decline compared with November and 3.6% lower year-over-year. The van TVI was 5.9% higher than in December 2021 and marked the second-highest December on record.

At 167, the refrigerated TVI was 4% lower month-over-month and down 1.2% year-over-year. The flatbed TVI fell 11.8% compared with November but was 3.2% higher year-over-year.

“There was a peak season for truckload freight; it just arrived later than usual and with many of the variables you would expect in December, from winter storms to a rush of retail sales boosted by last-minute deals for holiday shoppers,” DAT Chief of Analytics Ken Adamo said. “To borrow a football term, sometimes you have to let the play develop and not count out a season or freight cycle.”