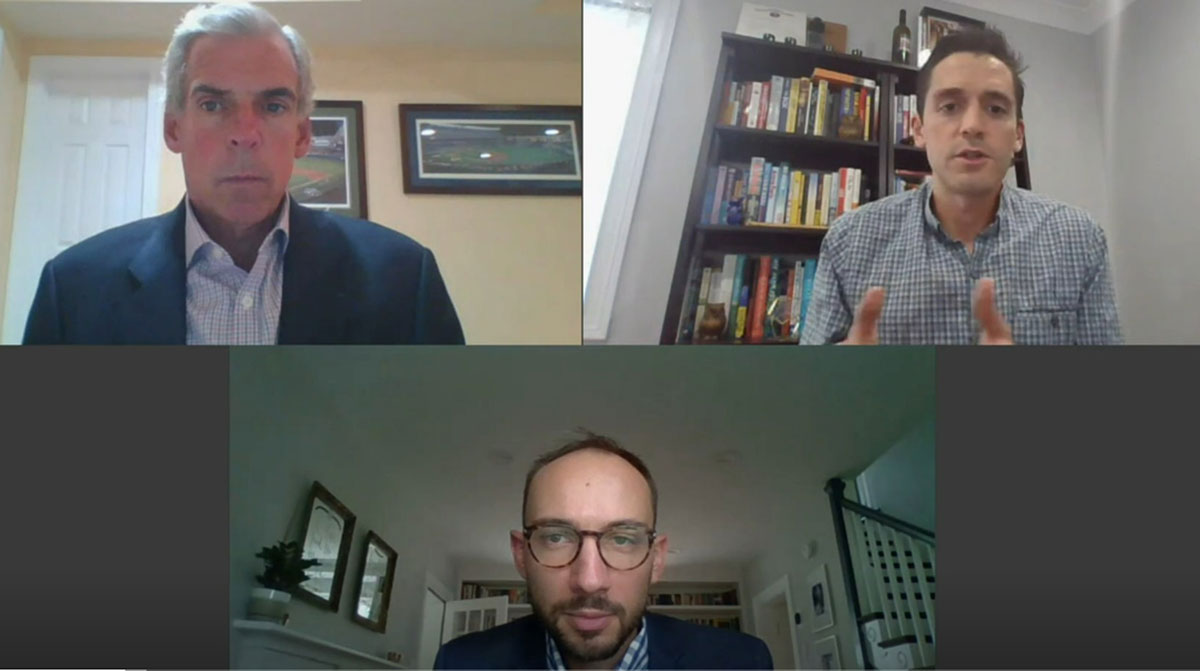 The event was part of the Coyote Logistics Digital Summit, a series of transportation and logistics discussions held Sept. 29-30. The question posed to them is what should carriers and shippers be aware of regarding potential policy changes.

“We have this massive infrastructure package, it’s going to move, we have this reconciliation process,” said Tom Jensen, senior government relations executive for UPS Inc. “Then we have this notion of a highway bill or highway reauthorization that’s tucked away into this. Now it’s not all baked yet. A lot of it is baked, but we’re still in the sausage-making phase right now.”

Jensen added the process of trying to get these items passed is going to be messy over the next couple of months. But they could be major domestic policy accomplishments this year among other big-spending ticket items.

“We can’t really not touch on reconciliation,” said Tom Madrecki, vice president of supply chain and logistics at the Consumer Brands Association. “It’s the counterbalance to the compromise on infrastructure. The ability to get something done with Republican support for infrastructure is then balanced in the Democrats’ eyes in the ability to pass a massive spending bill that contains a litany of programs.”

He added draft texts for the reconciliation bill already have revealed a lot about what may be on the table. He noted, for example, it has funding for electric and alternative-fuel vehicles as well as funding for creating a supply chain resiliency program.

We can’t really not touch on [the reconciliation bill]. “It’s the counterbalance to the compromise on infrastructure.

“The Consumer Brand Association has supported for the last two years, even before the start of the pandemic, the creation of an office of supply chain,” Madrecki said. “To establish within government the relevant expertise to address supply chain issues.”

Madrecki added it surprises many people who enter government that there isn’t a supply chain office tracking the performance of different facilities, what’s happening on the roads, how to boost competitiveness and how all that factors into a broader economic picture.

“All of that was spotlighted during the pandemic when things started to break down,” Madrecki said. “Now there is a renewed interest, especially within the Biden administration, to establish programs or processes to boost supply chain resiliency and competition, to put the U.S. on solid footing and be better coordinated across the agencies.”

RELATED: What lies ahead in Q4 and beyond?

Madrecki noted that currently the reconciliation package draft would provide $10 billion over 10 years to the Department of Commerce to establish such a program.

“It would conduct a variety of supply chain mapping exercises, assessing how supply chains work, building up performance dashboards,” Madrecki said, “really providing the government with the visibility tools and sort of the control tower-type approach that shippers, logistics companies and others already utilize.”

Consumer Brands Association has been concerned about issues such as rising transportation costs and port congestion. Madrecki noted there are several potential recommendations to address those issues from a policy perspective.

“There are some things in infrastructure that we didn’t really touch on, like the provision for an under-21 driver pilot program,” Madrecki said. “We’re pleased about that, but we didn’t see an increase in truck size or weight, which would be better for many shippers to better utilize capacity on the road. And so there’s still more work to be done.”

There is a variety of sub-issues, not in these massive pieces of legislation, that won’t get resolved this year, that will carry over to 2022.

UPS’ Jensen noted many issues aren’t currently being addressed that still are important and thus could be on the table later on. That includes safety items as they relate to commercial vehicles, the driver shortage, new technologies and finding ways to better coordinate among different modes of transportation such as ground, air and rail freight.

“So there is a variety of sub-issues, not in these massive pieces of legislation, that won’t get resolved this year, that will carry over to 2022,” Jensen said. “Some may address the driver shortage issue. That is still a big issue for shippers and carriers.”

Jensen noted that in conjunction with potential changes regarding transportation, infrastructure and the many other items being discussed is how it will be paid for. That means there could be changes in how businesses such as transportation and logistics companies are taxed.

“If you’re a company, big or small, income tax issues are a big deal or concern,” Jensen said. “It’s not all free, all this stuff. Ultimately, how we pay for it, which is being hashed out now, is going to impact all our bottom lines in one way, shape or form.”

Coyote Logistics is a subsidiary of UPS Inc., which ranks No. 1 on the Transport Topics Top 100 list of the largest for-hire carriers in North America.