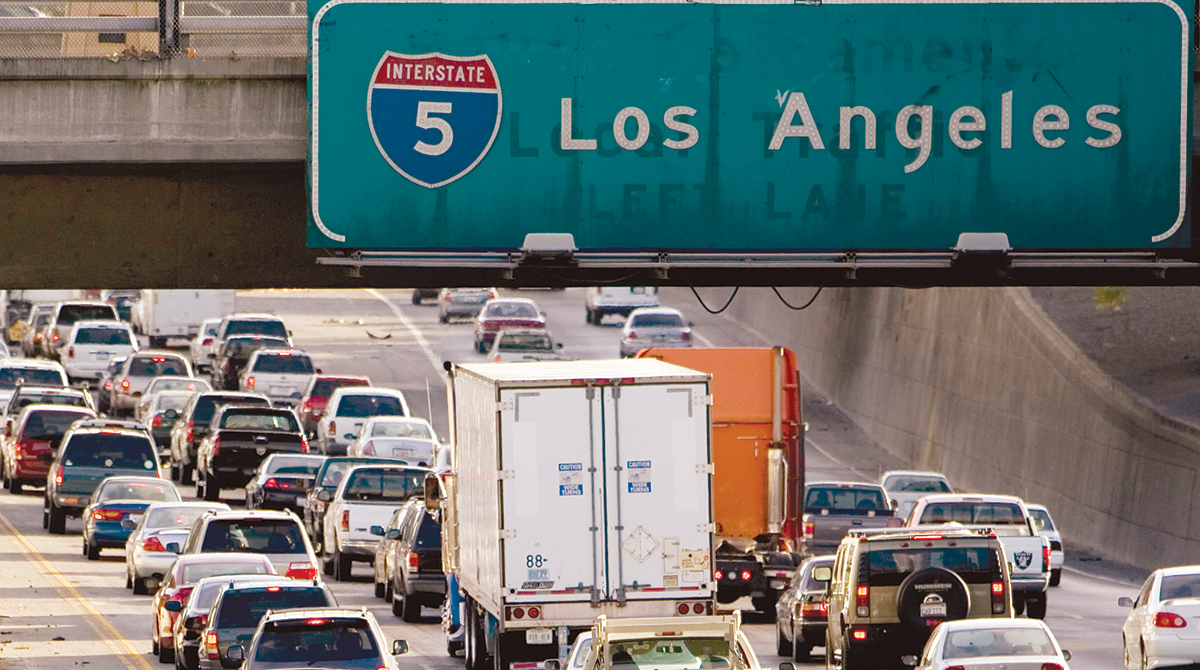 As midterm elections draw near, voters in several states will face ballot questions related to transportation revenue at the polls Nov. 6.

States rely on a variety of mechanisms, including fuel taxes, vehicle registration fees, tolls, sales taxes and miles-based user fees, to generate transportation revenue. And next month, voters will declare their preference to lawmakers in Connecticut and seven other states.

Gov. Dannel Malloy told Transport Topics that a lockbox measure could help fund repairs to bridges, roads and rail — areas that state officials have “historically underinvested in.” This way, he said, legislators will be prevented from raiding the fund to bolster general operating expenses. 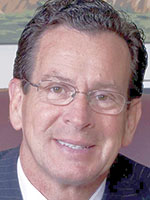 “My predecessors in the Legislature have been more than willing to short shrift transportation in favor of general operating requirements,” said Malloy, who will not pursue re-election this year.

“I think states are struggling with how we are going to fund transportation when gas taxes start to shrink precipitously,” Malloy said. “It’s almost impossible to have that discussion in a state unless the taxpayers are confident that the monies that are raised are going to be spent on transportation.”

How to deal with funding shortfalls is a persistent issue. It’s a problem at the federal level, too. The Highway Trust Fund, which finances government spending for highways, is projected to be $3 billion short of operational expense requirements of $47 billion by fiscal 2021, according to an analysis by the Congressional Budget Office in April. The fund is propped up by a federal tax of 24.4 cents per gallon on diesel and 18.4 cents per gallon on gasoline.

States designate their own tax for the fuels. California, Colorado, Louisiana, Maine, Missouri, Oklahoma and Utah also will decide transportation funding measures at the ballot box.

Robert Puentes, president of the Eno Center for Transportation, said such ballot measures are common during major elections, which tend to have high voter turnout.

In California, Proposition 6 would repeal the increase in fuel taxes enacted in 2017 as part of the Road Repair and Accountability Act. The legislation, also known as Senate Bill 1 (SB1), raised the tax for diesel by 20 cents to 36 cents per gallon and for gasoline by 12 cents to 41.7 cents per gallon. Revenue from the increases, a projected $54 billion over the next decade, was to be invested in such projects as load-bearing improvements to bridges carrying Interstate 5 in Sacramento as well as pavement preservation along I-10 in Riverside.

Prop 6 also would require a majority of voters to support any future fuel tax increase. Under current law, the Legislature can impose fuel taxes or vehicle fees through a two-thirds vote of each chamber without voter approval.

“Simply put, [Proposition 6] would take away half of that transportation funding,” Lawrence said. “Fifty percent of projects earmarked for SB1 funding would either be deleted, delayed or downsized. We’re talking thousands of projects that are improving local roads and highways and providing significant safety benefits.”

“Each one has a very different trajectory,” spokeswoman Amy Ford said. “One is a sales tax increase. The other directs the state Legislature to go back and find funds in the current budget to pay for us to go out and bond for transportation projects. It’s hard to say where the public will land on this.” 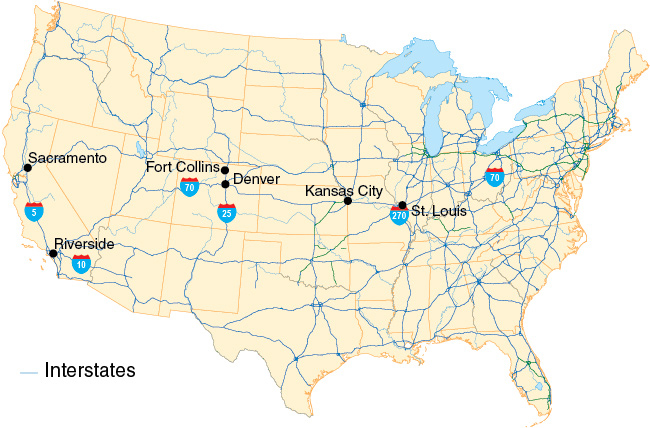 A map of the nation's interstates.

She said Proposition 110 would support the widening of important truck routes, including I-70, I-25 and state Route 13.

Louisiana is proposing an amendment to prohibit money from the Transportation Trust Fund to be dedicated to the state police. Instead, this fund would solely support road and bridge maintenance, flood control efforts, ports, airports and transit.

Missouri has Proposition D, which would: increase the fuel tax by 10 cents over the next 10 years to boost revenue for the state highway patrol, exempt from state income taxes any prizes won at the Olympics and create the Emergency State Freight Bottleneck Fund. The state’s current fuel tax — 17 cents per gallon for diesel and gas — is the second lowest in the country. (Alaska’s, at 14.6 cents per gallon, is the lowest.)

The Emergency State Freight Bottleneck Fund would finance repairs on the portions of I-70 and on the north loop of I-270, which links Missouri and Illinois in the St. Louis area and carries 500 million tons of freight a year, Missouri DOT Director Patrick McKenna told TT. He called it the most significant freight bottleneck in the state.

“It’s in critical condition right now,” McKenna said. “Those 16 miles have 16 interchanges, and all of those need to be updated.”

On the Oklahoma ballot, Question 800 asks voters to set aside 5% of the state’s oil and gas revenue for the Oklahoma Vision Fund, a “rainy day” account to help in times of economic downturn. The Oklahoma Tax Commission expects taxes on oil and gas production to bring in $639 million this year, meaning $31.9 million would go into the account.

Utah’s ballot will present a nonbinding question asking if voters would support raising the state motor and special fuel tax by 10 cents per gallon to fund education and local roads, including those used by trucks.

Utah’s current tax rate for diesel and gas is 29 cents per gallon.

Eno Center’s Puentes said state and local efforts to boost transportation funding are indicative of a broad recognition that financial help from a federal infrastructure plan is nowhere in sight.

In July, Bill Shuster (R-Pa.), the outgoing chairman of the House Transportation and Infrastructure Committee, proposed a long-term infrastructure plan that would raise taxes on fuel and establish a volunteer vehicle-miles-traveled program. Prior to that, the White House called for $1.5 trillion for infrastructure projects over 10 years by relying significantly on backing from the private sector. Neither has advanced.

“There’s clearly an understanding that there’s no cavalry coming from Washington any time soon,” Puentes said. “The federal government needs to identify what it wants its infrastructure agenda to be. Right now, it’s very vague, abstract and esoteric because we’ve lumped in transportation with water and with energy and with telecommunications.”