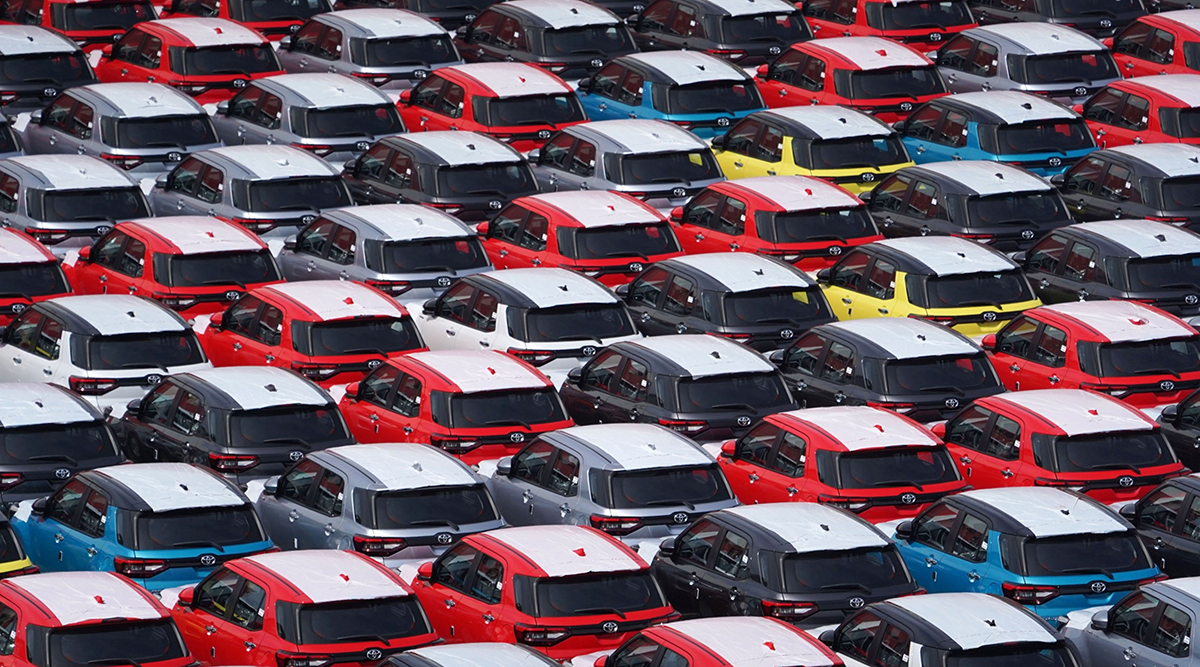 The U.S. trade deficit widened for a second month in October, as the value of imports increased and exports declined, which may weigh on economic growth in the fourth quarter.

The trade gap in goods and services grew by $4 billion, or 5.4%, to $78.2 billion from a month earlier, Commerce Department data showed Dec. 6. The figures aren’t adjusted for inflation. The median estimate in a Bloomberg survey of economists called for a widening to $80 billion.

The widening of the deficit in October — which expanded to the greatest margin since June — suggests a much more muted impact from trade on fourth-quarter gross domestic product after contributing the most since 1980 in the prior quarter. 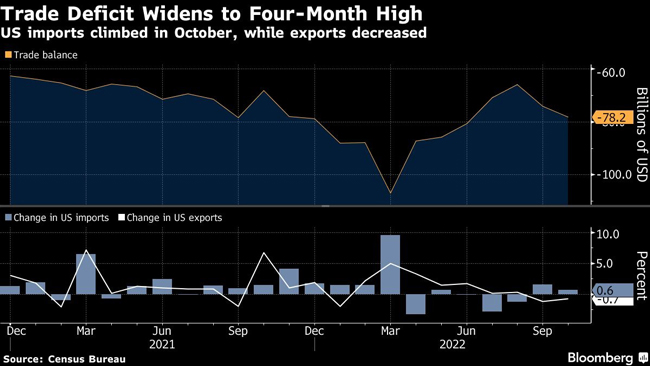 Meanwhile, foreign demand for U.S. goods and services remains soft as many economies contend with persistent inflation and rising interest rates. And even though the dollar has erased much of its advance this year in recent months, a strong currency is still making U.S. goods more expensive for overseas customers.

On an inflation-adjusted basis, the October merchandise trade deficit increased to $112.6 billion, also the widest in four months.