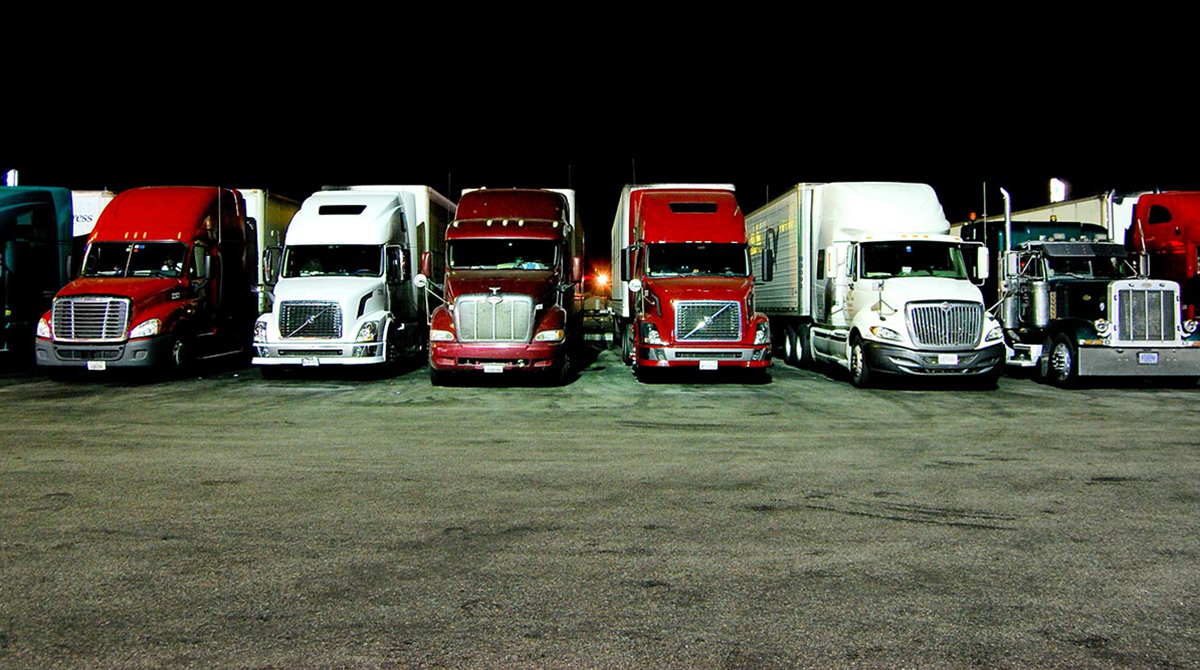 The internet doesn’t carry goods, only more and more orders for them. Self-driving trucks are a long way off. In the meantime, somebody has to haul freight and make deliveries.

So the U.S. economy needs more people like Branden Miller. But they’re getting hard to come by.

RELATED: How a "crisis level" truck driver shortage could impact your shopping habits

Miller, 30, is a longhaul trucker, the co-owner of an Arizona-based business that runs three trucks through Werner Enterprises Inc. He says he hauls “anything that will fit in the back of a dry van.” His cargoes range from motors to toiletries to, in one case, a single envelope. He got into trucking five years ago for the classic reasons: “It’s a decent-paying job that allows you a lot of freedom to see the country.”

But the work definitely has its downsides. Miller sees his wife and two young children only three or four days a month — something he hopes will change as the business grows so he can hire other people to do the driving. If, that is, he can find and keep them.

Recently a driver Miller had trained as a student and then hired full-time quit after working just a couple of months. The guy took a local pickup-and-delivery job with a company that used to require three to five years of experience before even considering a new driver. Nowadays they can’t be so picky. 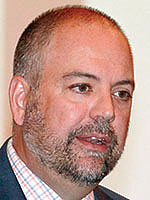 The strong economy means more stuff to haul, even as increasing numbers of truckers retire. The average age of over-the-road truckers like Miller is 49, compared with 42 for the U.S. workforce as a whole. (Miller’s business partner is 51.) Forecasts of massive job losses from autonomous trucks don’t help. Few people want to join a dying profession. With unemployment low, there are other options.

In response, pay is up. The median salary for drivers who haul a variety of goods nationally is about $53,000, according to an ATA survey published in March. That’s a $7,000 increase since the previous survey five years ago, or about $4,000 when corrected for inflation. For drivers who work for private fleets serving individual companies, such as PepsiCo Inc. or Walmart Inc., median pay is $86,000, up from $73,000.

But a shortfall remains. Recent regulatory changes exacerbate the problem. So does an increasing shortage of places to park.

Federal regulations require truckers to track four different timers. The first limits a driver to working 70 hours in an eight-day period. The second limits the workday to 14 consecutive hours, regardless of what the driver is doing; this clock keeps going even if the driver takes a nap. The third caps driving at 11 hours within that 14. The fourth requires a 30-minute break at least every eight hours.

Since last December, all truckers have had to use electronic logging devices rather than paper records to track their driving clocks. For Miller, who has always worked with electronic logs, the change wasn’t a big deal. But for a substantial number of truckers, it was, requiring both new equipment and new habits — and cutting their take-home pay.

In a recent article, Theodore Prince, the chief operating officer of Tiger Cool Express, laid out the math. Under the old regime, a driver making 40 cents a mile might drive 750 miles in 15 hours, averaging 50 miles an hour and making $300. His paperwork would claim 11 hours at 68 mph. Now, however, his time is electronically tracked and the 11-hour limit is strictly enforced. At 50 mph, he makes only $220. To keep even, his pay would have to rise to 55 cents a mile. That’s too high for many routes, Prince argues, making a mix of rail and trucking more efficient.

Miller solves the problem by partnering with another driver. Each takes a 12-hour shift, which includes time for a pre-trip inspection check, the required 30-minute break, and occasional restroom stops. Because they don’t need to stop overnight, it also reduces, but doesn’t eliminate, the time wasted looking for parking.

Even if it’s just for their 30-minute breaks, big-rig drivers need somewhere safe to stop their trucks. The more trucks on the road, the harder it is to find. “There’s a lot of parking out in the rural areas, but that’s not where I’m delivering to,” says Miller. “I might be delivering to Kansas City, where there’s no parking, so now I have to stop my day early where there is parking.” That means lower earnings.

The problem is particularly bad in the Northeast, where open land is expensive and lots of freight, including fresh produce, needs to move into major urban areas. After evening deliveries in northern New Jersey, says Miller, “I have to drive all the way back out to Pennsylvania,” about 80 miles. That means more than an hour of driving — time deducted from the 11-hour day — that isn’t progress toward a delivery. It also wastes the fuel that constitutes a third of operating costs.

In the short term, information technology can help. This fall, a group of Midwestern states will start listing open truck parking spaces on LED road signs along major freight corridors. The information also will be available as open source to anyone who wants to incorporate it in an app or other service to truckers.

Miller uses an app called Trucker Path, which lets drivers report how much parking is available at more than 8,000 locations with 270,000 parking spaces. Aside from the constant updates, one advantage, Miller says, is that it “shows more than just big-name stops.”

These tech solutions may save drivers time searching for parking, but they don’t add any spaces. That requires land, preferably with services attached.

You might think interstate rest stops would expand to accommodate more truckers. But they’re little help. “Public rest areas on express highways contribute little to the truck driver rest location system because of factors such as small size, poor condition, or not being located on a key long-distance corridor,” Bill Kuttner, a senior transportation analyst with the Boston Region Metropolitan Planning Organization, said in a recent webinar.

Rest areas are, to put it bluntly, terrible places to make anything more than the briefest stop. They don’t sell meals, fuel or anything else besides vending machine fare. They don’t offer electricity that can run a truck’s heat or air conditioning overnight, forcing drivers to keep their engines going. They don’t have showers. The restrooms are sanitary at best.

They stay lousy because truck stop operators, fast-food chains and gas stations don’t want the competition. At their behest, federal law forbids commercializing interstate rest areas. “They portray the situation as zero-sum — any truck stop or service plaza added to a rest area on an interstate would displace, one-for-one, a comparable business off the interstate. But the situation trucking faces today is a desperate need for expansion of safe overnight truck parking and the amenities that should go with it,” writes Robert Poole, director of transportation policy at the Los Angeles-based Reason Foundation and author of the forthcoming book “Rethinking America’s Highways.” Instead of blocking commercialization, he argues, the big truck stop chains should work with state transportation departments, perhaps raising private investment as well, “to convert nearly useless ‘rest areas’ into oases for truckers.”