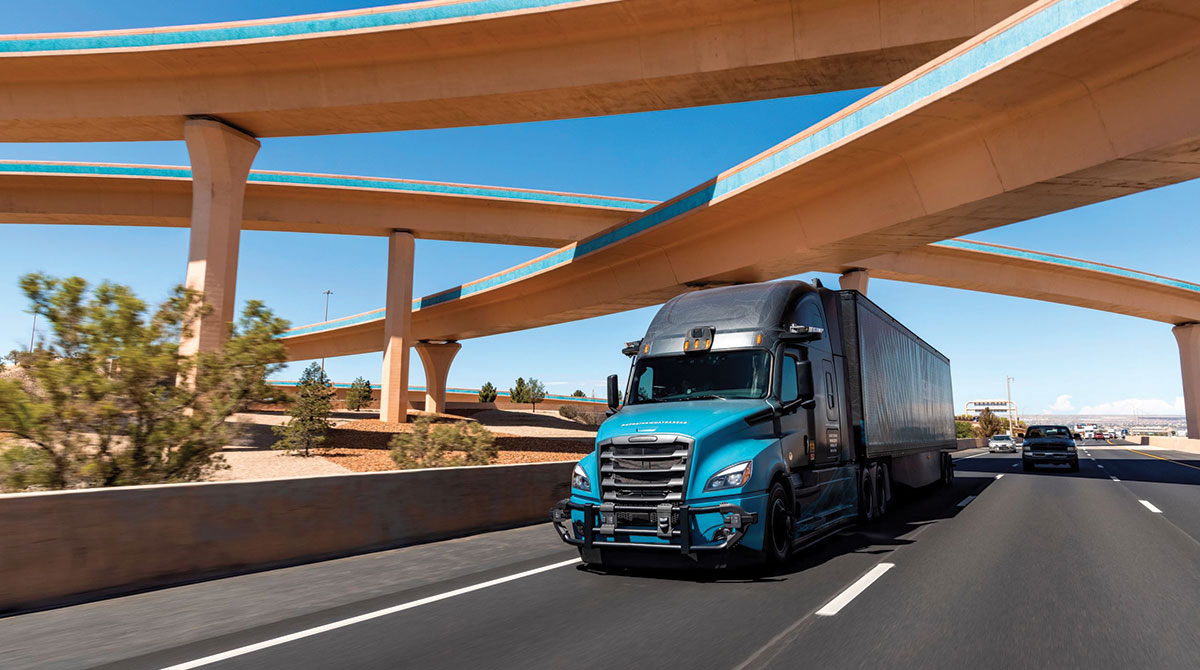 ALBUQUERQUE, N.M. — Self-driving truck developer Torc Robotics is expanding its on-road testing and industry partnerships to advance its mission to make hub-to-hub autonomous trucking a reality in the United States by the end of this decade.

The independent subsidiary of Daimler Truck highlighted its recent progress during a ride-along event and technology demonstration on April 13 at its Albuquerque research and development center.

In the three years since Daimler acquired a majority stake in Torc in 2019, the autonomous vehicle company has been steadily ramping up its testing and development efforts in commercial trucking. 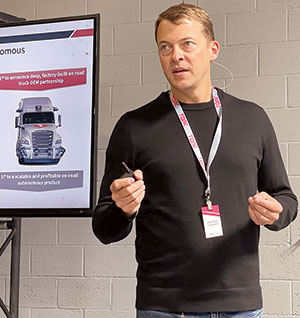 Recently, Torc established an industry advisory council that includes several of the biggest names in trucking and logistics, such as Schneider, Covenant Logistics, Penske Truck Leasing, Ryder System Inc. and C.H. Robinson, as well as startup firm Baton, which is developing a network of drop zones for trailers. Those companies will provide Torc with guidance and industry insight as it works to integrate its autonomous driving technology into real-world freight operations.

In the meantime, Torc is testing its technology not only on open highways, but also in more challenging environments where the virtual driver must navigate intersections with traffic lights and share the road with aggressive and often unpredictable motorists.

“We design our autonomous truck to behave like an exemplary driver … a driver that does not break the law and does not violate the rules of the road,” Torc founder and CEO Michael Fleming said at the event.

To provide a firsthand look at its technology, Torc invited journalists to ride along in four Freightliner Cascadia tractors from its test fleet, each outfitted with its autonomous driving sensors and software. 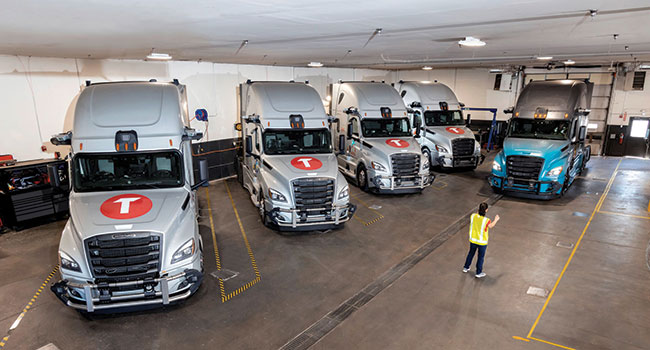 Torc Robotics plans to commercialize its autonomous driving technology for heavy-duty trucks by the end of this decade. (Daimler Truck)

Throughout the demo, the test vehicle had a safety driver behind the wheel at all times, along with an operations specialist in the passenger seat to monitor the system’s performance and act as a second set of eyes and ears.

After manually driving the vehicle a short distance from Torc’s facility to the highway, the safety driver engaged robotic driving mode as the truck approached the highway entrance ramp. From there, the autonomous driving system smoothly merged onto the highway and handled multiple lane changes in moderately heavy traffic during the morning rush hour.

As the vehicle progressed along its mapped route, the safety driver and operations specialist were in constant communication about how well the technology responded to various traffic situations.

Pulling a trailer filled with concrete blocks to simulate a full load, the tractor traveled autonomously in moderate to heavy traffic conditions on Interstates 25 and 40, at some points reaching its maximum speed of 65 mph and automatically adjusting to passenger car cut-ins to maintain a safe following distance.

After exiting the highway, the truck also drove autonomously on surface streets near the Albuquerque airport, passing through six intersections with traffic signals and making left-hand turns without driver intervention — capabilities that would be necessary at the beginning and end of an autonomous hub-to-hub route. 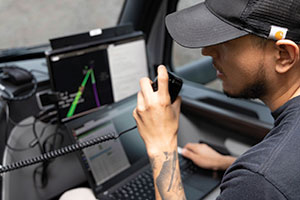 Along the way, the virtual driver navigated a range of dynamic traffic conditions, both on highways and through controlled intersections.

“That’s why it’s a great testing area,” said Tim Zuercher, a technical product director at Torc who explained how the system was working and answered questions about the technology during the ride.

In a couple of situations, the safety driver disengaged robotic mode when the truck encountered situations that were outside the parameters of the test, including an instance when highway traffic came to a complete halt during a rush-hour traffic jam.

As Torc continues to test and refine its self-driving system, the company is working on ways to introduce that technology into fleets’ existing operations.

Back inside its development facility, Torc showcased a prototype of its cloud-based “mission control” software, designed to enable its future customers to remotely monitor and manage autonomous truck fleets.

Using that communications link, trucking companies’ back-office workers will be able to provide clearance for an autonomous vehicle to start its journey, for example, while the truck reports important data such as weather and traffic conditions. 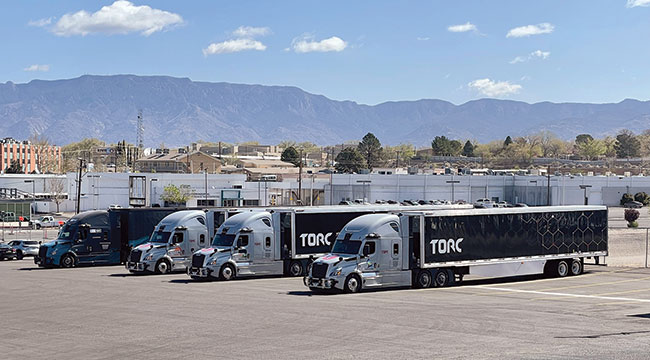 Several of the trucks in Torc’s autonomous test fleet lined up outside the company’s Albuquerque research and development center. (Seth Clevenger/Transport Topics)

“We believe, for the foreseeable future, humans will supervise and support the autonomous driving system in the mission,” said Klara Oberhollenzer, a technical product director for Torc and Daimler.

Those added safety systems are designed to maintain control of the vehicle and bring it to a safe state in the event of a critical fault.