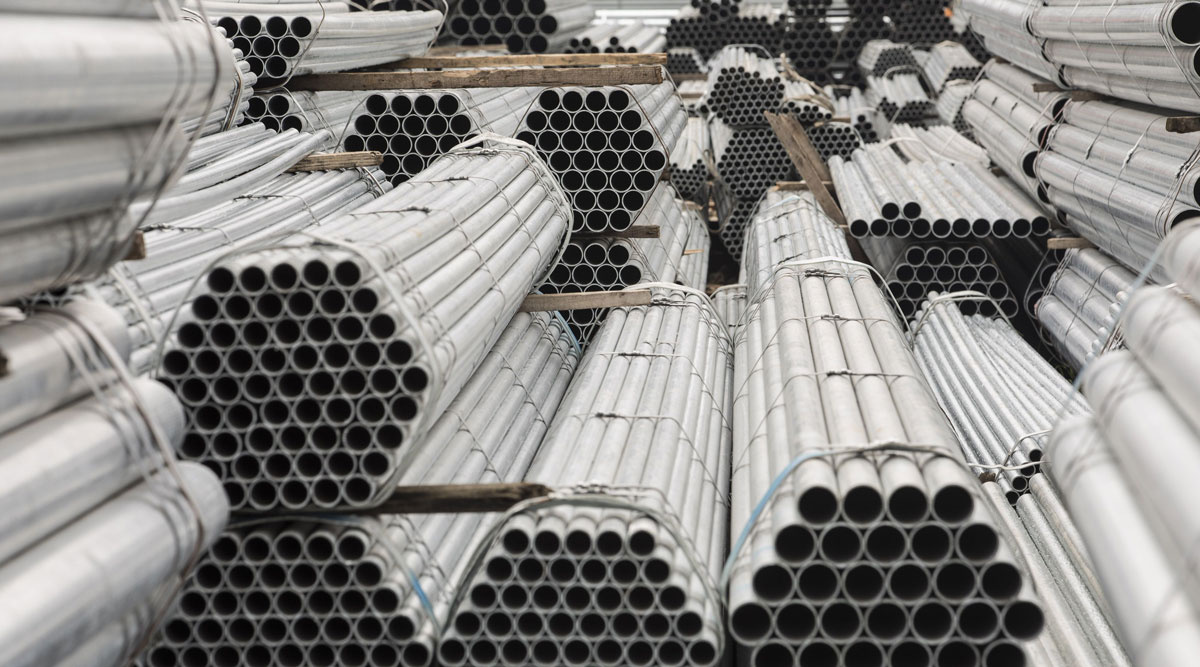 A steel stock yard on the outskirts of Shanghai, China, in July 2018. (Qilai Shen/Bloomberg News)

The most influential mills group in the world’s largest steelmaker has sounded the alarm about the outlook as the coronavirus crisis rips through China’s economy, warning of transport snarls, weaker demand and a situation this quarter that “does not look optimistic.”

“Companies are facing restrictions in logistics and transport, trades have been muted, prices of raw materials and steel have slid, which is causing the market’s value to decline,” the China Iron & Steel Association said. The group, which represents the biggest suppliers, gave a green light for lower production while flagging potential for stimulus-aided demand later in the year.

Commodities have been rocked by China’s health crisis, which has killed hundreds, sickened thousands and hurt the outlook for raw material demand as company activities are suspended and transport barred. The country is the top buyer of iron ore from shippers including BHP Group, Rio Tinto Group and Vale SA. Conditions in China’s steel industry — which accounts for more than half global output — set the tone for producers and users around the world.

The virus’ impact on the steel industry will be concentrated in the first quarter, the association said in a statement.

“Steelmakers should appropriately adjust production schedules based on orders, finances, ability to transport materials,” it said. “[The sector should] avoid malignant competition, manage traders, and strictly not sell at low prices and disrupt the market.”

Iron ore has slumped this year amid the health crisis, which has escalated during an annual, nationwide vacation when mills and steel users scale back operations. Given the outbreak, most of China’s provinces — including areas where steel production is concentrated — have extended the break.

Iron ore has sagged 13% in Singapore in 2020 and last traded at $79.55 a ton as most-active futures overturned an intraday loss after a statement from China’s central government that it planned to halve tariffs on some U.S. imports. Steel prices also are lower this year.

The steel association urged producers to analyze trends rationally, and flagged the possibility of an improving outlook in the second quarter on stimulus, according to the statement. The steel sector’s performance this year would still improve compared with last year, it said.

In 2019, China churned out almost 1 billion tons of steel, with mills buying about 70% of global seaborne iron ore supply. The spread of the virus and curbs on industry and movement have hurt the restart of construction projects after the Lunar New Year break, and disrupted manufacturing.

A few hours after the statement from the China mills group, ArcelorMittal struck an upbeat tone as it reported earnings.

“We believe the effect of the coronavirus will likely have a short-term negative demand impact in China and to a lesser degree elsewhere,” the Luxembourg-based producer said.

A more cautious note came from Austria’s Voestalpine AG, which also reported earnings. The company, which has nine manufacturing companies in China, said the plants are on an extended shutdown until at least Feb. 9.

“The ramifications of the coronavirus add yet another risk factor to the current global economic picture,” Voestalpine AG said.