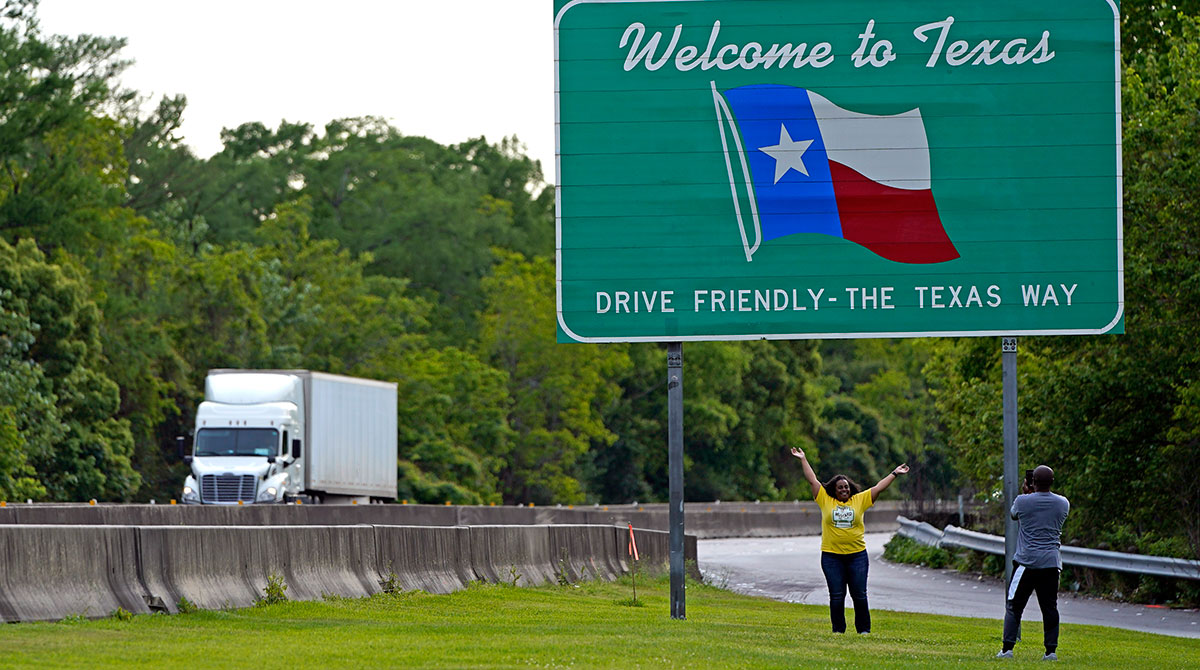 A truck passes a rest stop on I-10 near Orange, Texas. (David J. Phillip/AP)

The Texas Senate has unanimously approved a House bill that would help curb the growing trend of lawsuit abuse targeting commercial vehicles in Texas.

Texas HB 19 was passed by the Senate on May 19 in a 31-0 vote. The bill now will be sent back to the Texas House to approve an amendment agreed upon by the Texas Trial Lawyers Association and the bill’s supporters, including trucking companies and small businesses throughout Texas.

Once the House formally approves the amendment, fashioned in the Senate, the bill will be sent to Texas Gov. Greg Abbott, who is expected to sign the bill into law.

“Despite the plaintiff bar’s best efforts to lie about and distort the contents of this bill, the Texas Senate took a resoundingly bipartisan vote today to curb lawsuit abuse and restore balance and fairness to the civil justice system,” said American Trucking Associations President Chris Spear. “Texas has joined the growing ranks of states across the country pursuing common-sense measures to ensure the plaintiffs’ bar can’t keep perverting civil justice into a profit center to line their own pockets.”

“Today, the Texas Senate was heard loud and clear —Texas businesses matter,” John Esparza, president of the Texas Trucking Association, said in a statement. “With the unanimous passage of House Bill 19, the trial process will continue to ensure accident victims are compensated when wrongfully injured, while also protecting businesses across the state from biased and unfair courtroom tactics.”

The bill includes a provision that would allow properly authenticated photographs or videos of a vehicle or object involved in a collision to be admitted into evidence. Presently, judges in Texas have discretion on whether to allow photo or video evidence, and in some cases are known to leave out photo evidence because it may be too gruesome or deemed not relevant.

Another provision in HB 19 would “bifurcate” a trial, limiting allegations of unsafe motor carrier safety practices to the second phase. The first phase of a trial would focus on assessing fault in a crash.

It also ensures juries are presented with evidence that is directly relevant to causation and injuries in a highway accident and ensures the case is focused on the events at issue — not on extraneous allegations outside the scope of the underlying accident.

The amendment extended the time that motor carriers must keep records of driver employment, drug and alcohol testing, and the employer’s duty to investigate a driver’s employment application.

“HB 19 proves that Texas can protect the rights of victims who are injured by the negligence of others on our roadways without letting abusive lawsuits decimate small businesses and the commercial vehicle network we rely on every day,” said a statement by the Keep Texas Trucking Coalition. “Lawsuit abuse is not a partisan issue, and throughout the legislative process, lawmakers on both sides of the aisle have come together to provide feedback and support this common-sense fix to a serious problem that affects every sector of Texas’ economy.”