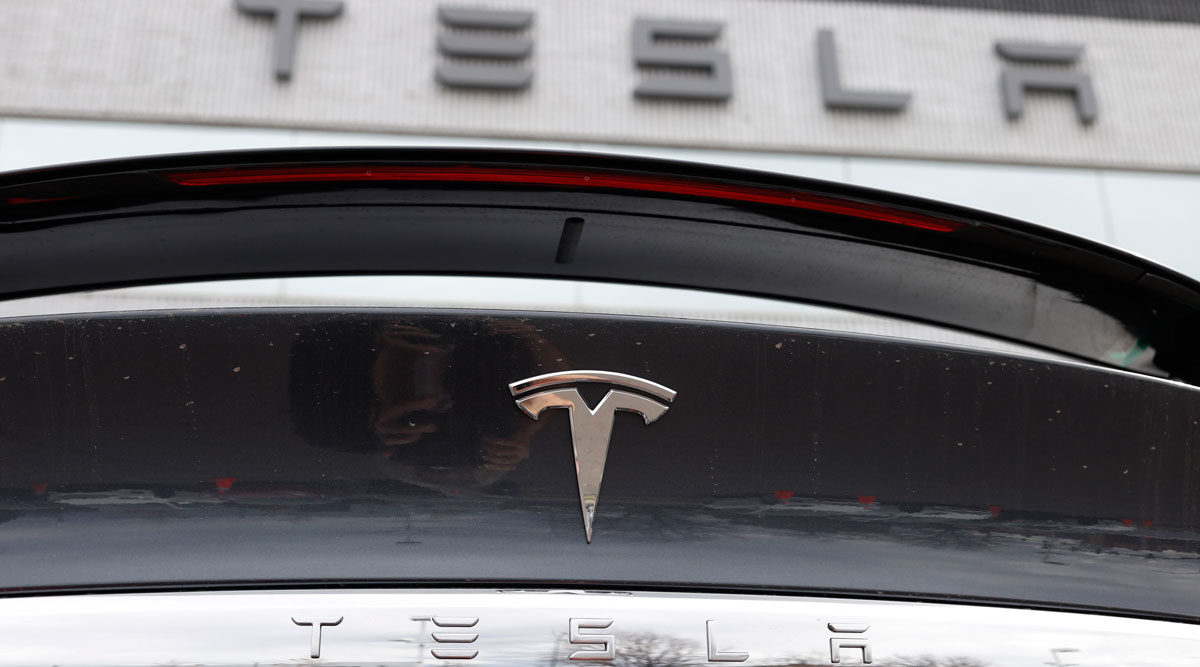 The Tesla company logo is seen on the rear deck of an unsold 2020 Model X at a dealership in Colorado on April 26. (David Zalubowski/Associated Press)

The prospect of a Tesla Inc. factory in the Austin, Texas, area has moved a big step closer to reality, after Travis County commissioners on July 14 approved tax breaks the electric vehicle maker requested.

The tax breaks are worth a minimum of about $14 million over 10 years if the company invests $1.1 billion in the area.

Under the terms of the deal, the value of the tax incentives to Tesla could rise significantly if the company invests more than $1.1 billion in the manufacturing plant, which it has said will employ 5,000 people.

The amount also will rise if the agreement eventually is extended for an additional decade, as both the county and Tesla currently envision. 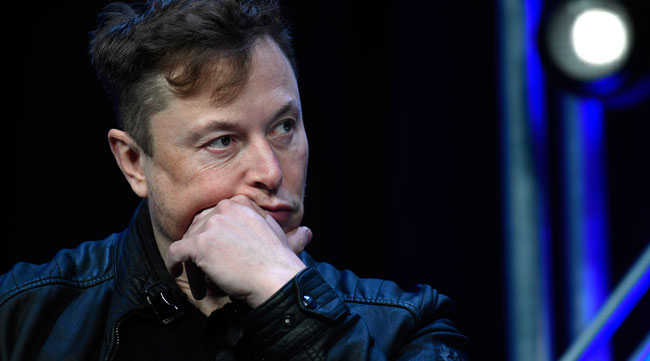 Tesla CEO Elon Musk listens to a question at a conference in Washington on March 9. (Susan Walsh/Associated Press)

Tesla, which is based in California and is run by high-profile CEO Elon Musk, recently became the most valuable automaker in the world, with a market capitalization topping $280 billion.

Last week, the Del Valle school board approved a tax break for the factory that has been estimated at about $46.4 million over 10 years. The value of that deal won’t change much even if Tesla invests more in the factory.

Tesla — which hasn’t said when it plans to make a decision on where to build the plant — still could seek a taxpayer-funded grant for the project from the Texas Enterprise Fund, the state’s deal-closing reserve that’s aimed at providing the final carrot to swing a corporate decision. Neither Tesla nor the office of Gov. Greg Abbott have responded to questions about a possible enterprise fund grant.

The company also has been considering Tulsa, Okla., as a location for the factory, although it previously indicated that the site it’s considering in the Austin area is the front-runner. Should that hold true, the factory would be located on a 2,100-acre tract in southeastern Travis County that’s currently a sand and gravel mining operation.

Local proponents of the Tesla project who spoke at the July 14 meeting prior to the vote called it a potential boon for the economy and fountain of new jobs well-worth the price of taxpayer subsidies.

“I think it would be a huge opportunity for a wide range of people and businesses in the Austin area,” particularly amid the ongoing downturn triggered by the coronavirus pandemic, said David Stewart, chairman of the Austin Regional Manufacturers Association. “I want this opportunity for our city, and I hope you make this investment in our city.”

But others criticized Tesla’s corporate record on workplace safety and labor relations and pushed for more to be done to ensure potential future employees of the factory are treated and paid well.

They also urged commissioners to delay the vote for a week so that members of the public have additional time to review the deal, which has undergone revisions over the past few days as officials worked to address concerns.

“I guarantee you Tesla wants to come here,” so the agreement shouldn’t be rushed at the expense of ensuring it’s as well-negotiated as possible, said Jeremy Hendricks, a representative of the Southwest Laborers’ District Council.

Another speaker called the deal “the ultimate example of corporate welfare” for a multibillion-dollar corporation.

If Tesla ends up building the factory in the area, the Travis County incentive deal approved July 14 calls for it to pay a minimum wage of $15 an hour to employees — including contract employees who regularly work at the factory — with an escalator based on consumer prices, in addition to health insurance, paid leave and other benefits. 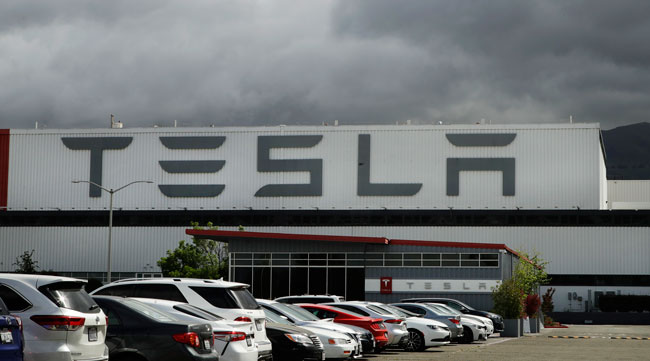 Tesla's plant in Fremont, Calif., is seen from the parking lot on May 12. (Ben Margot/Associated Press)

But Nathan Jensen, a University of Texas government professor who studies taxpayer-funded incentives to corporations, and is a critic of them, called Tesla’s mandated minimum wage of $15 an hour — which equates to $31,200 annually for a full-time worker — an extremely low bar for a manufacturing company to clear.

Manufacturing jobs in Texas most recently paid just over $47,000 annually on average prior to the coronavirus pandemic, according to figures from the U.S. Bureau of Labor Statistics.

“These (incentive agreements) are generally very bad policy, and it is a particularly bad idea for low wage jobs,” Jensen said in an email exchange.

He said research has shown that at least three-quarters of taxpayer-funded incentive agreements go to companies that would have invested in a particular region without them.

“I know people get excited about hearing the name Tesla,” Jensen said. “But this is a company with a reputation for fleecing taxpayers (through its pursuit of incentive deals) and offers low-wage manufacturing jobs” in return.

Still, others said the cutting-edge electric vehicle maker’s presence in the area will fire the imaginations of local young people.

“Remember, Tesla has the cool factor,” said Norris Sebastian, director of career and technical education at the Del Valle school district, speaking during the July 14 meeting. “The positive outcomes for the community and the county and the students cannot be overstated.”

The county’s agreement calls for at least 50% of Tesla’s employees of the factory to be Travis County residents, although a county spokesman said earlier this week that the criterion for measuring that benchmark — such as the timing and length of residency — haven’t been worked out.

Under the agreement, the county will rebate to Tesla 70% of the property taxes it pays for county maintenance and operations for the first $1.1 billion it invests in the factory. The incentive will increase to a 75% rebate of those taxes for investment between $1.1 billion and $2 billion in the factory, and then to 80% for any amount above $2 billion.

Tesla must invest $1.1 billion in the factory within the first five years. It will get no rebate if it falls 75% short of its required investment or jobs in any year, according to the agreement. In addition, a breach of the contract by Tesla will trigger a “clawback” of the prior two years of tax rebates.

Travis County has estimated that, based on a $1.1 billion investment by Tesla, the deal will generate $8.8 million in new tax revenue over the initial 10 years, even with the rebates to the company. If Tesla invests more in the factory, the amount of new county revenue also will rise, along with Tesla’s rebates.