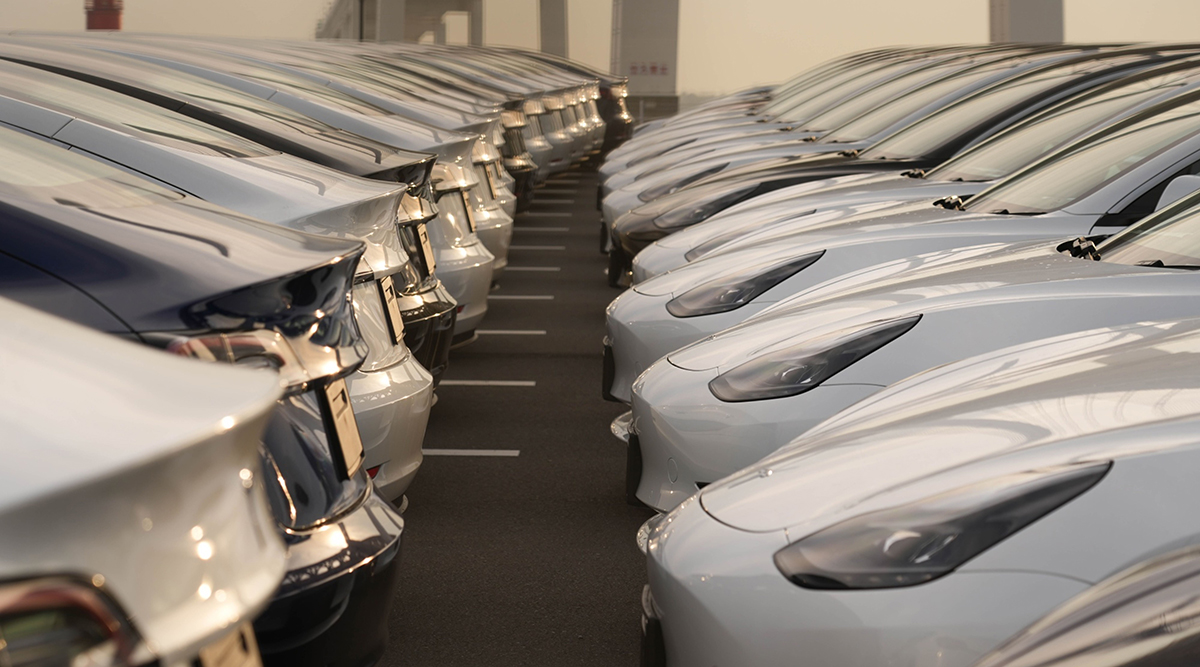 Tesla vehicles in a parking lot after arriving at a port in Yokohama, Japan. (Toru Hanai/Bloomberg News)

Tesla Inc. gained in early trading March 28 after the carmaker said it plans to seek shareholder approval for a move that would enable its second stock split in roughly two years.

The company said in a tweet that it will ask shareholders at this year’s annual meeting to authorize additional stock. In a follow-up regulatory filing, Tesla said increasing its amount of common shares will enable a split in the form of a stock dividend.

Tesla surged in early trading in New York, erasing earlier declines after Chief Executive Officer Elon Musk announced he again has COVID-19. Bloomberg News also reported earlier that the company was extending the temporary shutdown of its car plant in Shanghai due to the surge in cases in the city.

Covid-19 is the virus of Theseus.

How many gene changes before it’s not Covid-19 anymore?

Tesla will ask shareholders to vote at this year’s annual meeting to authorize additional shares in order to enable a stock split. — Tesla (@Tesla) March 28, 2022

Tesla’s board has accepted the management proposal, but authorizing the dividend still requires final approval, the company said in its filing. Tesla said it will release a definitive proxy statement later with details of its plans, including the date and location of the annual meeting.

Companies including Alphabet Inc. and Amazon.com Inc. have announced splits early this year to reduce the price of outstanding shares, making it easier for retail investors to afford them. Tesla soared after the company last announced a split in August 2020. The shares were added to the S&P 500 index later that year.

Musk, 50, has been in a yearslong feud with the U.S. Securities and Exchange Commission over the agency suing him and Tesla in 2018 after he tweeted about taking the company private. A judge signed off last week on the SEC’s plan to distribute the $40 million in penalties collected from the billionaire and Tesla to shareholders who lost money during that episode. The regulator also pushed back against Musk’s efforts to cease oversight of his Twitter posts.

— With assistance from Divya Balji.