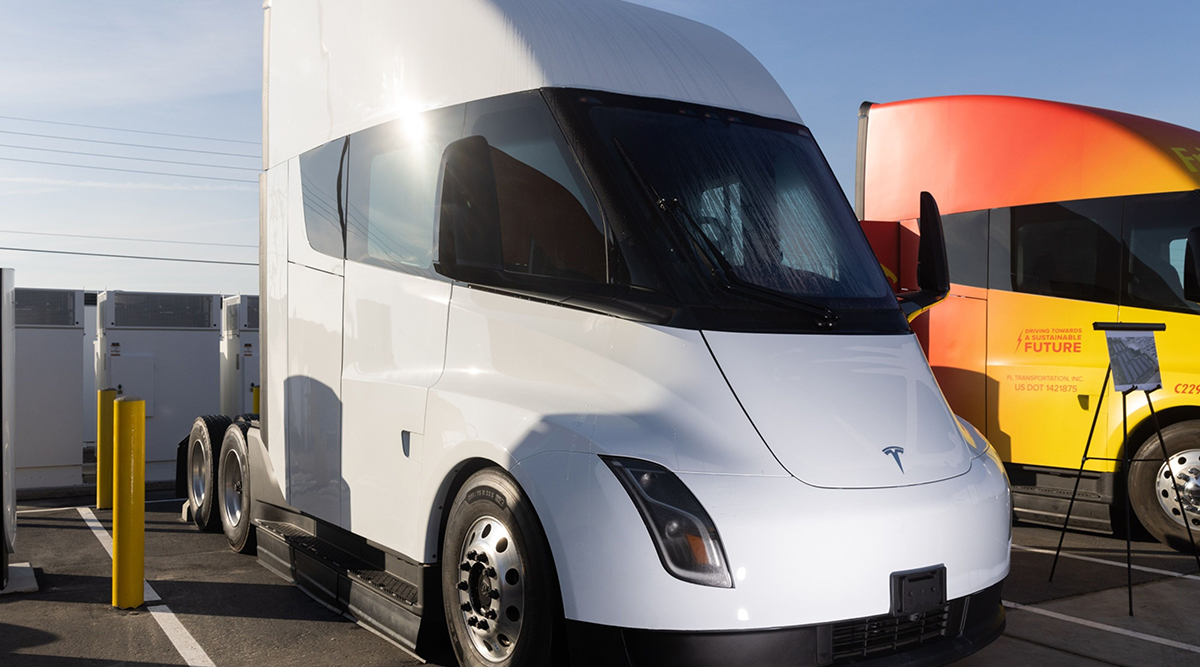 The new battery facility will make Tesla’s latest so-called 4680 cells with capacity for use in as many as 2 million vehicles a year, Tesla said in a statement on its website. It will also build a “high-volume” facility for its Semi, which debuted late last year, but the company did not provide estimated production numbers.

Tesla’s sprawling factory in the region already makes electric motors and battery packs, as well as energy storage products like the home battery known as the “Powerwall.” Work on what Tesla calls its gigafactory began in June 2014.

Elon Musk’s Austin, Texas-based company handed over the first Semi trucks to PepsiCo Inc. at an event at the Nevada factory last month. Tesla has said it aims to produce 50,000 Semis for North America in 2024.

The Jan. 24 announcement came the day before Tesla is slated to report fourth-quarter earnings.

Tesla shares fell as much as 1.5% in extended trading after the announcement before paring some of the decline. The stock has gained 17% so far in 2023.