Terms Offensive to Victims of Trafficking Are Harmful, Advocate Says 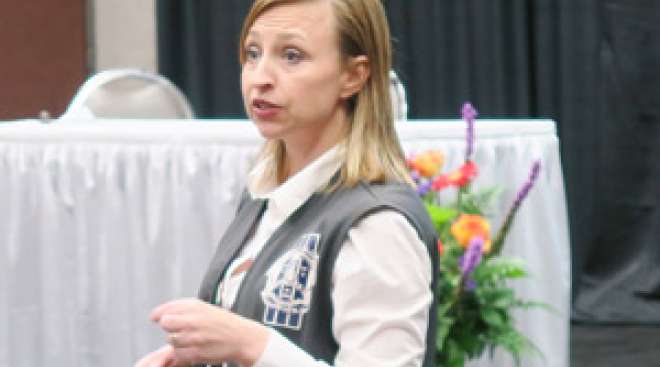 LOUISVILLE, Ky. — Doing away with terms associated with human trafficking and the exploitation of children would help improve the country’s understanding of a problem impacting millions of people every year, an official with Truckers Against Trafficking said March 24.

Kylla Lanier, deputy director with Truckers Against Trafficking, said the pop culture glamorization of terms such as “pimp” is a disservice to victims of commercial sex trafficking and those groups seeking to help them.

“We have to rethink our language about these types of things,” Lanier said at a seminar during the Mid-America Trucking Show. “He’s a slave owner, plain and simple.”

The group conducts outreach programs to educate commercial drivers about the potential signs of trafficking as a way to promote safety at truck stops, within the industry and in society. A simple rule, she said, is to alert law enforcement when suspicious activity is spotted.

According to the International Labour Organization, there are nearly 21 million victims of human trafficking worldwide. Nearly two-thirds of those victims are trapped in forced labor, a quarter of them are children and about half are women.