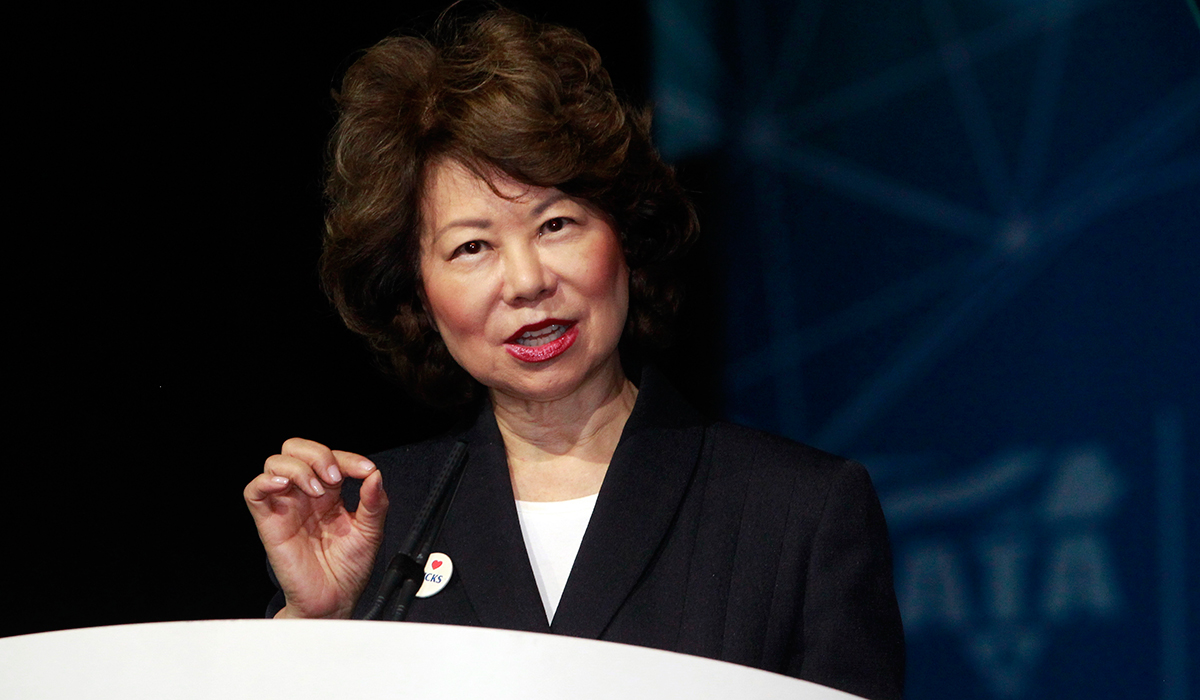 “Infrastructure will not be taken up until tax reform has been completed,” she said.

The trucking industry is one of the many stakeholders eagerly awaiting the administration’s plan. Earlier this year, White House budget officials unveiled a blueprint calling for a $1 trillion, 10-year plan that would rely primarily on $200 billion in federal funds as a way of garnering $800 billion in private capital investments.

Infrastructure will not be taken up until tax reform has been completed.

While Chao’s speech was short on specifics, the secretary again touted the potential benefits of turning certain public assets over to the private sector, arguing it “better protects the taxpayers by identifying and mitigating risk.”

Chao also praised the directive coming from the administration toward streamlining environmental regulations, which at times, she said, create “roadblocks and delays that hold up infrastructure for years, even decades.”

On Capitol Hill, Senate Majority Leader Mitch McConnell (R-Ky.), Chao’s husband, and House Speaker Paul Ryan (R-Wis.) are adamant about finalizing reforms to the tax system by the end of the year. President Donald Trump supports the move to reform the code, and has met with lawmakers to help advance a measure. In a recent speech at the conservative Heritage Foundation in Washington, the president suggested funds accrued through new tax policies could be used to help pay for infrastructure projects.

Upon taking office, Trump said he would unveil an infrastructure plan in his first 100 days. Observers say they are anticipating the plan’s consideration to occur in 2018.

In her address to trucking executives, Chao emphasized the administration’s ongoing support to states and territories recovering from recent hurricanes. The Federal Highway Administration is among the agencies that provided grants to Texas, Florida, Puerto Rico and the U.S. Virgin Islands for rebuilding efforts.