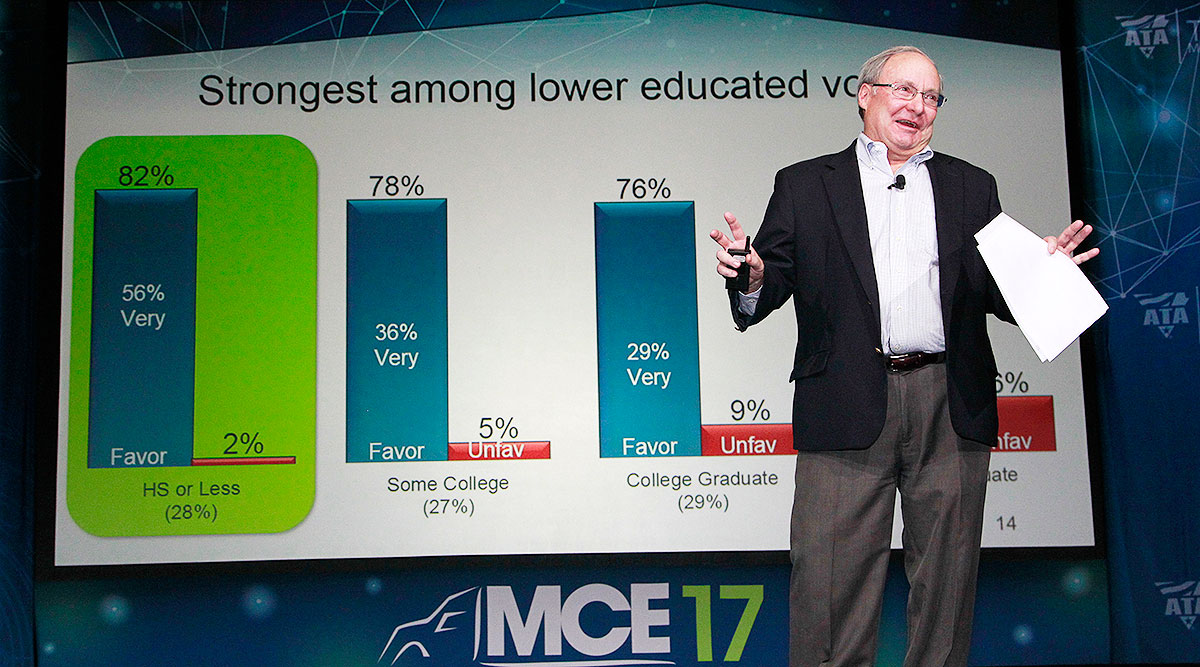 ORLANDO, Fla. — A new survey shows support for an increase in the gas tax is widening.

The survey of 800 registered voters in June also showed Americans increasingly view the condition of the nation’s transportation infrastructure as a problem and believe it should be a spending priority, said pollster Neil Newhouse, who authored the survey.

“You’re beginning to see the light at the tunnel in terms of how to fund infrastructure improvements in the country,” Newhouse said.

The poll also showed that more than three-quarters had a favorable view of trucking. It also found that about 81% oppose leasing highways from private companies while 80% oppose paying a per-mile fee.

However, opposition to tolling was softening with 76% against in 2014, but now 61% oppose tolls to fund infrastructure improvements.

Still, a gas tax increase is the “least objectionable” way of funding the improvements, according to the results.

Newhouse said respondents have wide support for truckers, citing the comments of some:

“There’s a three-day supply of the food in the grocery store, and they keep them full. You eat because of them,” read one.

“Basically we need truck drivers and the trucking industry or you will not have an America,” was another.

“This country would crash and burn without the trucking industry,” was also cited.