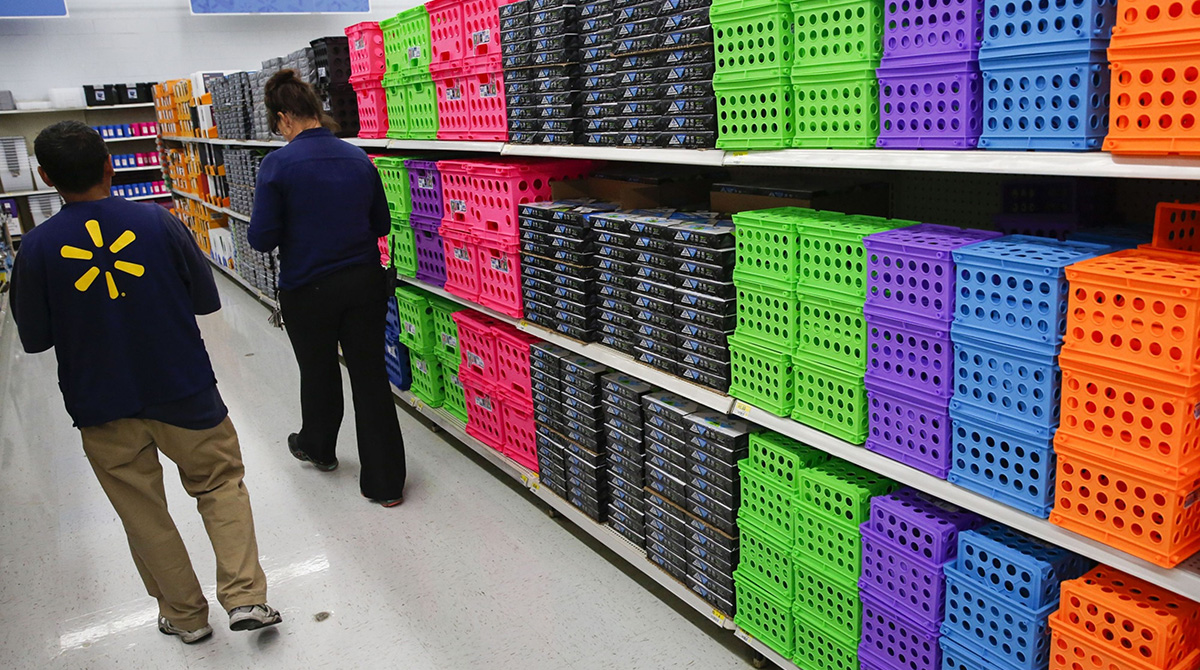 Stifling supply chain bottlenecks are likely to remain — and possibly worsen — in the months ahead as consumers follow back-to-school purchases with end-of-year holiday shopping, according to experts who spoke with Transport Topics.

“It seems like every time we find a path out of the disruption, we find another disruption,” Association of Supply Chain Management Executive Vice President Douglas Kent told TT. “It’s a multitude of problems. I wouldn’t put the pandemic as the main disrupter, but it certainly has highlighted some of the vulnerabilities in the supply chain. Some are operational and some are strategic, and the strategic ones are going to be hardest to fix and a much longer cycle time.”

The trucking industry’s ongoing driver shortage also is contributing, said American Trucking Associations Chief Economist Bob Costello, with fleets parking trucks due to an inability to fill seats behind the wheel. That’s causing freight to back up.

“For-hire truckload carriers are operating fewer trucks than a year earlier,” he said. “It is difficult to haul significantly more freight with fewer trucks and drivers.”

Ports on the Atlantic and Pacific coasts are reporting record volume this year, with imports far outstripping exports. Earlier this year, nearly 70 ships were waiting in San Pedro Bay off the Southern California coast to call on the ports of Los Angeles and Long Beach. Wait times stretched for as long as 10 days. That backlog has eased, but port officials worry about a return as the holiday rush gets underway.

Meantime, demand for warehouse space is skyrocketing. According to the July Logistics Managers’ Index, the national warehouse vacancy rate is a very tight 4.8%, and drops dramatically in areas near ports to as low as 1.7%. The report said metropolitan areas suffer from a lack of capacity as firms fight to position their goods close enough to consumers to allow for next- or same-day delivery.

“You have a tightening of warehouse capacity, but the big question is do those warehouses have the right items in them?” Kent asked. “With the starts and the stops, it causes one release of a problem but it creates another.”

In recent weeks, brands including Adidas, Crocs and Hasbro have warned the supply chain problems are worsening and could easily spill into the crucial year-end period.

“Firms are dealing with this by abandoning just-in-time principles and ordering earlier and in larger quantities to avoid stockouts,” the Aug. 17 LMI report said. “Companies such as Hasbro are not only increasing forward buying but also increasing the number of container lines they work with in an attempt to ensure availability of their products for the fourth quarter. They are not the only ones to increase imports. Even with the shortage of key components, orders for durable goods such as automobiles and appliances was up in June — marking the 13th time out of the last 14 months that demand for these products has grown.”

“I hate to be the Grinch that is stealing Christmas, but it’s not lining up the way we would like it," Kent said. “A lot of the gifts we get are manufactured outside of the U.S. and if you take a look at some of the big exports coming from China — computers, accessories, bicycles, toys, things of that sort — the reality is they should be here now. We’re seeing continued disruption in China with COVID, and disruption in all modes of shipping, and the increase in shipping costs.” Kent added that shipping costs from Asia to the U.S. in some cases have increased sixfold in a year.

Goods being returned are also driving up costs, and further choking supply chains. E-commerce accounted for more than 21% of the total U.S. economy last year, as consumers spent $861.1 billion online with U.S. merchants. According to the National Retail Federation, last year 10.6% of all items purchased — online and at brick and mortar stores — were returned. The NRF said online returns last year cost $102 billion, nearly double the prior year.

Kent said product returns are creating an entirely new online industry that deals with the issue, but returned and damaged products are taking up badly needed warehouse space. And drivers who might otherwise deliver a package are instead hauling unwanted items away.

“Now there’s an unanticipated increase in demand on the reverse logistics side, and that process is often not as mature as the purchase or forward side,” Kent said. “When you have a lot of high levels of e-commerce causing the potential for higher levels, there’s the potential for problems.”

The World Economy Is Suddenly Running Low on Everything