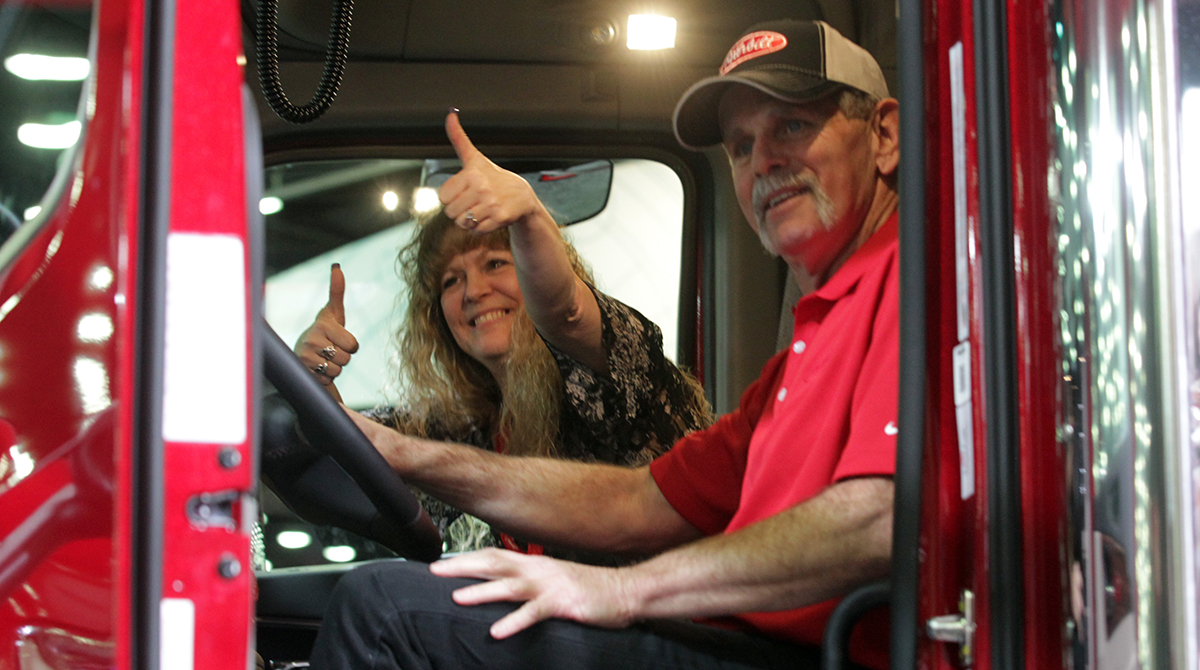 LOUISVILLE, Ky. — Rick McClerkin has been a Peterbilt truck lover since he was a kid. He’s been driving a truck since he was 17.

Not only has the independent owner-operator from San Jose, Calif., amassed a collection of Peterbilts, but he also owns several from the manufacturer’s predecessor company dating to 1918.

On March 23, McClerkin officially was named Peterbilt’s SuperFan after a search throughout the United States and Canada.

The grand prize, the 1 millionth Peterbilt truck, is a Model 567 Heritage equipped with a Paccar powertrain, including an MX-13 engine, Paccar Automated Transmission and the Paccar 40K rear axle, and featuring custom chrome finishing work was provided by Chrome Shop Mafia in Joplin, Mo.

The search was narrowed down to five finalists from 1,500 submissions.

The other finalists in the competition included Jake Bartos of Columbus, Neb.; Cathy Bauder of Harmony, Pa.; Josh Hainstock of Albertville, Minn.; and Sheldon Hyatt of Campbell River, British Columbia.

McClerkin, 61, said the truck will become the latest edition to his collection, but it will not become a work truck.

“I love being seen in a Peterbilt. I make good money. I’ve been doing the same type of work with my trucks for 45 years, and my customer base is loyal,” McClerkin said. “I do mostly local work. So I’m home every night.”

“Since I’ve been with him I’ve fallen in love with Peterbilt, the whole Peterbilt world,” said his fiancee, Kathy Cantaloube. “I’ve never seen a guy so into Peterbilt. I love the passion.”