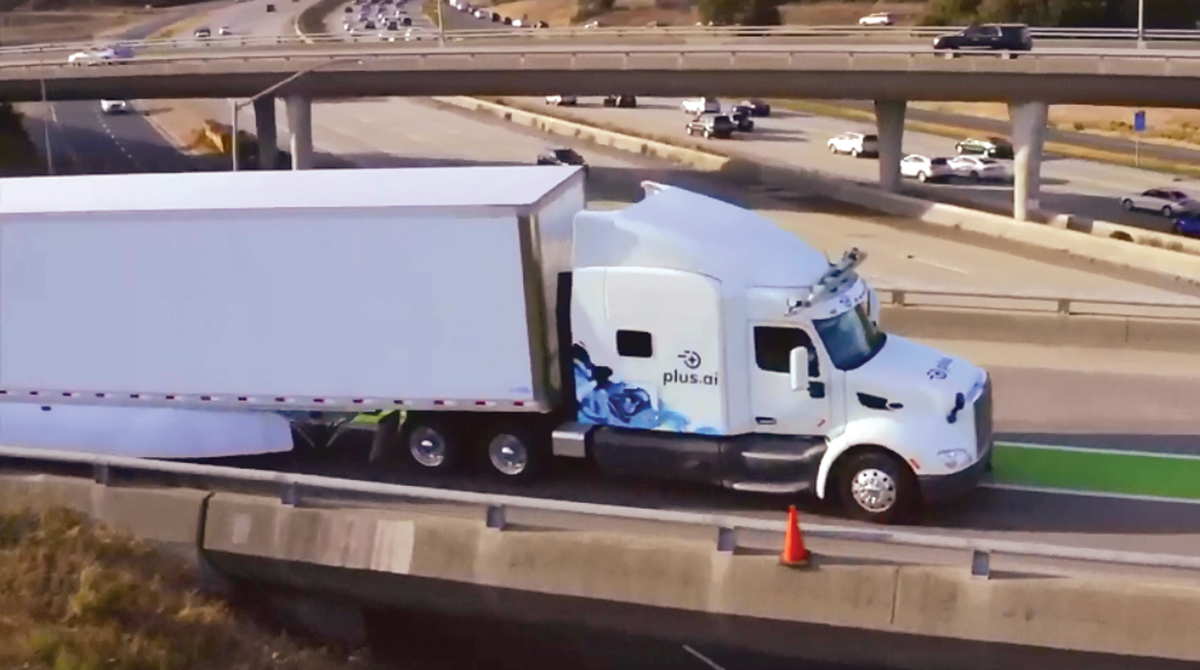 A Silicon Valley startup has completed what appears to be the first commercial freight cross-country trip by an autonomous truck, which finished a 2,800-mile-run from Tulare, Calif., to Quakertown, Pa., for Land O’Lakes in less than three days. The trip was smooth like butter, 40,000 pounds of it.

Plus.ai, a 3-year-old company in Cupertino, announced the milestone Dec. 10. A safety driver was aboard the autonomous semi, ready to take the wheel if needed, along with a safety engineer who observed the proceedings.

“We wanted to demonstrate the safety, reliability and maturity of our overall system,” Shawn Kerrigan, co-founder and chief operating officer, said Dec.9. The company’s system uses cameras, radar and lidar — laser-based technology to help vehicles determine distance — and handled well the different terrains and weather conditions such as rain and low visibility, he said.

In our first episode of RoadSigns, Season Six, we ask: Will Active Safety Technology Become an Industry Standard? Hear a snippet, above, and get the full program by going to RoadSigns.TTNews.com.

The truck, which traveled on interstates 15 and 70 right before Thanksgiving, had to take scheduled breaks but drove mostly autonomously. There were zero “disengagements,” or times the self-driving system had to be suspended because of a problem, Kerrigan said.

Plus.ai has been running freight every week for about a year, its COO said, but this is the first cross-country trip and partnership it has talked about publicly.

End of year is peak butter time, according to Land O’Lakes.

“To be able to address this peak demand with a fuel- and cost-effective freight transport solution will be tremendously valuable to our business,” Yone Dewberry, the butter maker’s chief supply officer, said in a statement.

How long will it be before self-driving trucks are delivering goods regularly across the nation’s highways? Kerrigan thinks it’s a few years away.

Dan Ives, managing director of equity research for Wedbush Securities, predicts there will be several autonomous freight-delivery pilots in 2020 and 2021, with the beginning of a commercial rollout in 2022. Like other experts, he believes the trucking industry will be the first to adopt autonomous technology on a mass scale.

The timeline will depend on regulations, which vary by state, he said.

“When the [freight] trucks can go long distance, that’s when there will be significant ROI” on the autonomous technology, Ives said.