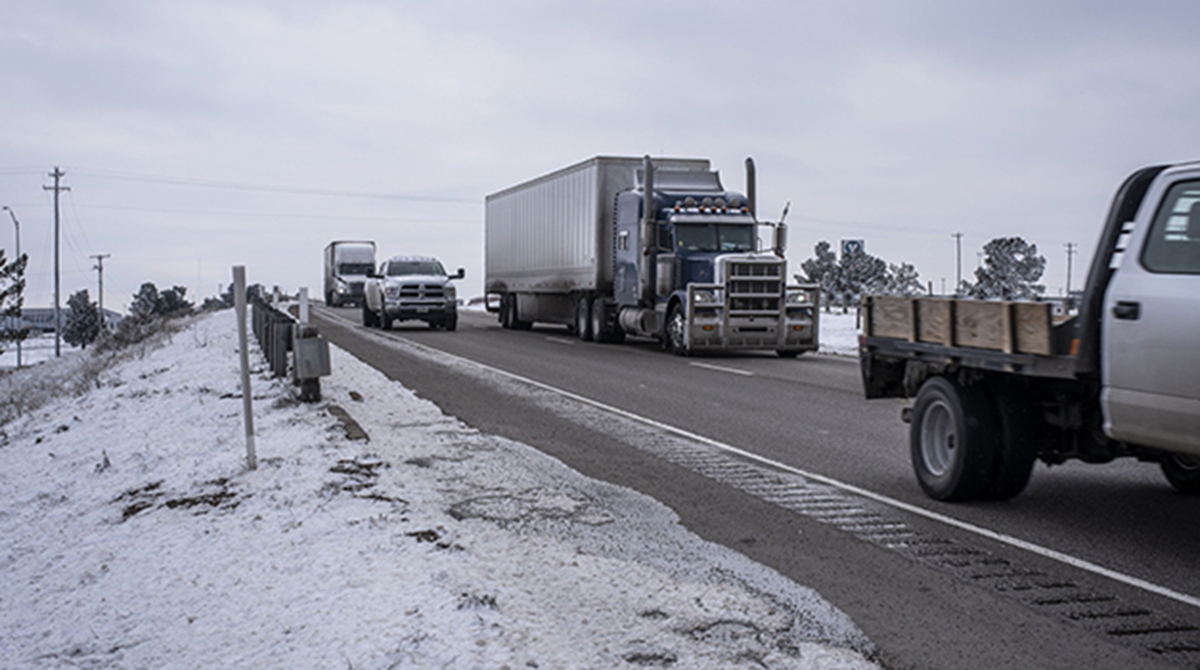 Trucking spot loads and rates have started to settle back to normal after surging for weeks as a result of ongoing capacity issues coupled with frigid weather.

DAT Freight & Analytics reported a 174% year-over-year increase with total available loads exceeding 10 million for the week ending Feb. 21. This marked its busiest week ever for load postings — some 42% higher than the previous record set in June 2018.

That carried over into the following week when spot truckload posts jumped 24% week-over-week.

But by the week of March 14, DAT reported that spot market freight activity settled into more normal patterns of activity. Loads posted to the network fell 11.4% and the number of trucks increased 9.2% compared with the previous week.

“With more economic stimulus, the first six months of this year will be a lot like the last six months of last year in terms of consumer demand and online shopping, and freight markets and freight networks still out of balance,” Croke said. “Part of the reason that we saw that massive spike was, of course, the polar vortex.”

The demand for freight capacity was already high because of the coronavirus. This has been partially driven by retailers and shippers working to replenish inventories.

As for the polar vortex, the extreme winter temperatures temporarily tightened capacity even more.

“During February, the average contiguous U.S. temperature was 30.6 degrees Fahrenheit, some 3.2 degrees below the 20th-century average,” according to the National Centers for Environmental Information. The organization said this ranked as the 19th-coldest February in more than a century and was the coldest February since 1989.

Truckstop.com usually sees somewhere between 400,000 or 500,000 loads on a given day. But the platform has been faced with more than a million loads daily for the past six months. This pressure has resulted in increased spot rates. Truckstop.com saw spot rates stay above $2.40 a mile since Aug. 24. The rates increased to $2.68 by Feb. 22 and the last three weeks have been around $2.70 a mile.

“The goods purchasing is part of it, but that affects the overall marketplace, not just the spot markets,” Brent Hutto, chief relationship officer at Truckstop, told TT. “What’s driving a lot of this is the outbound tender rejects of contract freight have been above 20% for the same six months.”

Tender rejections refers to the percentage of contracted loads offered to carriers by shippers that are not accepted. Hutto added a lot of the contract marketplace is either being renegotiated or pushed to alternative marketplaces such as the spot market. This has resulted in increased loads and rates over the last six months.

“You and I are still buying stuff online,” Croke said. “That freight still has to move, but of course it couldn’t physically move during [the polar vortex]. And that meant that a lot of shipper loads on the contract side were canceled and shippers were forced to use whatever means they could just to get freight moving. And of course, a lot of that surge volume went to the spot market.”

Texas was hit particularly hard during the vortex.

“Texas in general for the transportation of freight is a massive spot market,” Hutto said. “So when you shut down a geographic area that is that big and then a freight area that is that big, it puts additional pressure onto a market that already has four or five times the amount of pressure it normally has in it.”

“The mid-states have a huge supply of trucks,” said Glenn Koepke, vice president of network enablement at FourKites. “So you couple that with the overall capacity challenges, the increase in trucking prices is what caused a large drop for companies. You also had terminal shutdowns as well.”