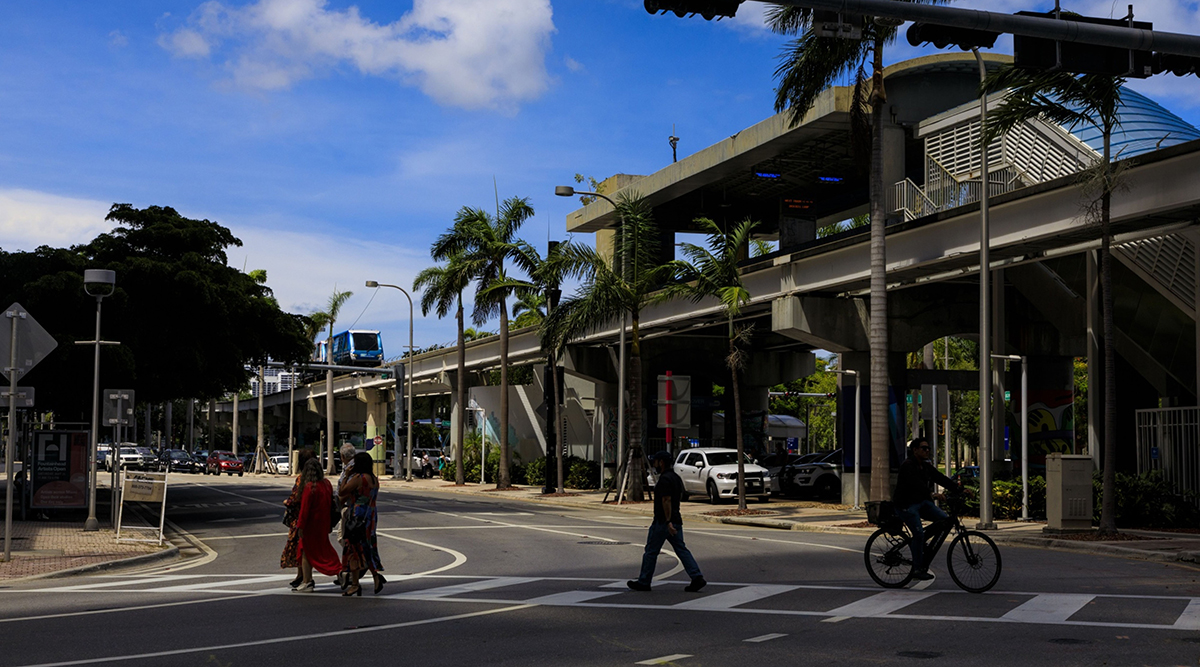 FORT LAUDERDALE, Fla. — South Florida is now in the forecast cone for Subtropical Storm Nicole, which is forecast to be near hurricane strength, or possibly a hurricane, by midweek, according to the National Hurricane Center’s latest advisory.

Forecasters say Nicole, which formed early Nov. 7, is “a large storm” that is expected to move over or near the Bahamas on Nov. 9, and approach Florida’s east coast that night. Latest estimates Nov. 7 said its maximum sustained winds this week could reach 70 mph, just 4 mph under the threshold for a Category 1 hurricane.

“It’s not out of the question for Nicole to reach hurricane strength, especially given how warm the waters are in the vicinity of the Bahamas,” experts said early Nov. 7.

A tropical storm watch was in effect early on Nov. 7 for the northwestern Bahamas, Grand Bahama, Bimini and surrounding islands. The National Hurricane Center said it may issue additional warnings later in the day for the central Bahamas and parts of southeast Florida.

As of 8 a.m. Nov. 7, Nicole had maximum sustained winds of 45 mph and was moving north-northwest at 14 mph about 520 miles east of the northwestern Bahamas. It is forecast to turn northwest later in the day, then west or west-southwest Nov. 8 through early Nov. 10.

“There is an increasing risk of coastal flooding, tropical-storm-force winds, heavy rainfall, rough surf and beach erosion along much of the southeastern United States coast, the Florida east coast, and portions of the central and northwestern Bahamas beginning in the early to middle part of this week,” the hurricane center reported on Nov. 6. 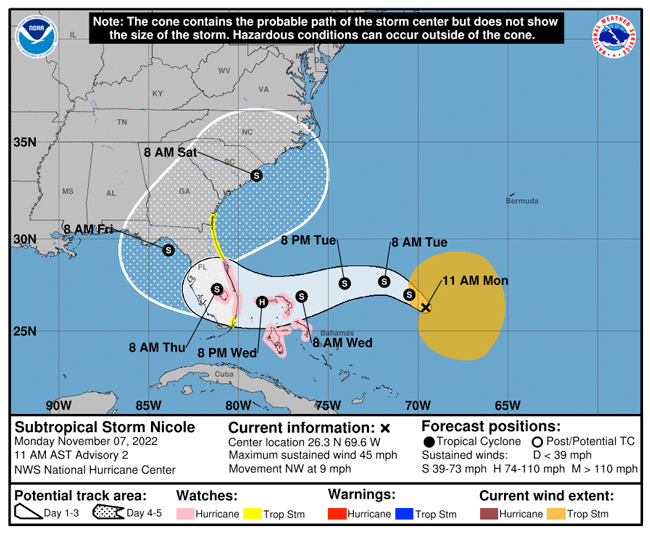 On Nov. 8, which is Election Day, South Florida voters will likely begin feeling the effects as the system brings moisture up from the Caribbean Sea.

“We are technically still in hurricane season until the end of this month,” he said. “So don’t let your guard down just because it’s in November. It’s rare we get them this time of year, but we could still get them.”

Forecasters are also monitoring a stormy area of low pressure located 650 east of Bermuda early Nov. 7. Forecasters said it could still become a short-lived tropical depression or tropical storm as early as today before it is hindered by upper-level winds and a cold front.

The system near Bermuda had a 60% chance of developing in the next two to five days, according to the hurricane center, down from 70% on Nov. 6.

There have been two major hurricanes, meaning Category 3 or above, so far this season: Fiona and Ian.

The next named storm to form would be Owen.