Some Fiat Chrysler Workers Walk Out Over COVID-19 Fears 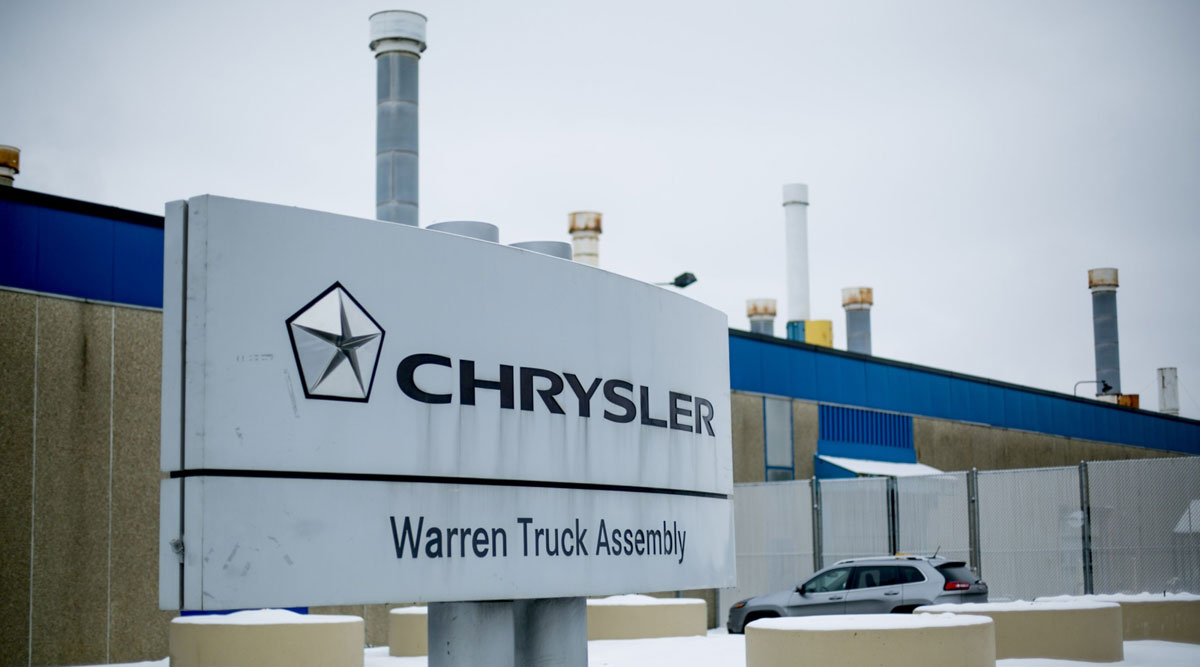 Outside the Warren Truck Assembly Plant in Detroit, in February 2019. (Anthony Lanzilote/Bloomberg News)

There are no confirmed cases of COVID-19 at the plant that produces the previous-generation Ram pickups, the company said. But Michigan Gov. Gretchen Whitmer has shut down gyms, theaters, dine-in restaurants and schools to curb exposure, and many employers, including Detroit’s three automakers, are letting employees work from home if they can.

“We are working with the local union and UAW leadership to address workers’ concerns in order to resume operations in the paint shop as soon as possible,” Fiat Chrysler said in a statement.

The UAW did not immediately have comment. UAW Local 140 represents workers at the plant; a representative there said no one was available to comment on the walkout.

It is the second walkout the automaker has had over coronavirus fears. On March 12, employees at Windsor Assembly Plant in Ontario stopped production there after a colleague who came in contact with a person who tested positive for COVID-19 went into self-quarantine. Leaders with the Canadian labor union Unifor urged workers to stand down.

The walkout at Warren comes after Fiat Chrysler closed a majority of its European plants for two weeks amid the new coronavirus pandemic. The work stoppages are a result of demand declines, the company said, as European governments in Italy, Spain and elsewhere shut down businesses except grocery stores and pharmacies to prevent COVID-19’s spread. Experts predict a double-digit sales decline in the market, though Fiat Chrysler says it will make up lost production.

The suspension “continues the implementation of a comprehensive set of actions in response to the COVID-19 emergency and enables the Group to effectively respond to the interruption in market demand by ensuring the optimization of supply,” the Italian American automaker said in a statement.

Western Europe could see sales decline by 11% year-over-year from 14.316 million vehicles in 2019 because of the virus, according to an “optimistic” analysis by the Center for Automotive Research at the University of Duisburg-Essen in Germany. Even with the previously expected drop in sales for 2020, the coronavirus increases the decline by a million vehicles.

Experts have warned that declining demand could be the largest threat to the automakers as they faced concerns over ensuring a consistent supply of parts and keeping their employees safe. In China, where the COVID-19 outbreak began, sales dropped 80% year-over-year in February.

The FCA shutdowns at six Italian, one Serbian and one Polish plants will be in effect until March 27. The automaker is working to ensure production can begin promptly once workers return and is using the downtime to revise production and quality control protocols. The company expects “to be ready to enable our manufacturing operations to deliver previously planned total levels of production despite the suspension when market demand returns,” its statement said.

Ford Motor Co., meanwhile, has shut down for a week its Valencia Engine Plant in Spain after three employees there tested positive for COVID-19.

“We’ll close it for a week,” Ford spokesman T.R. Reid said. “We’ll assess and see what’s safe and appropriate from there.”

Ford CEO Jim Hackett on March 13 in a letter to employees said in any instance of a diagnosis, the automaker will shut down the facility for a day for deep cleaning and sanitizing.