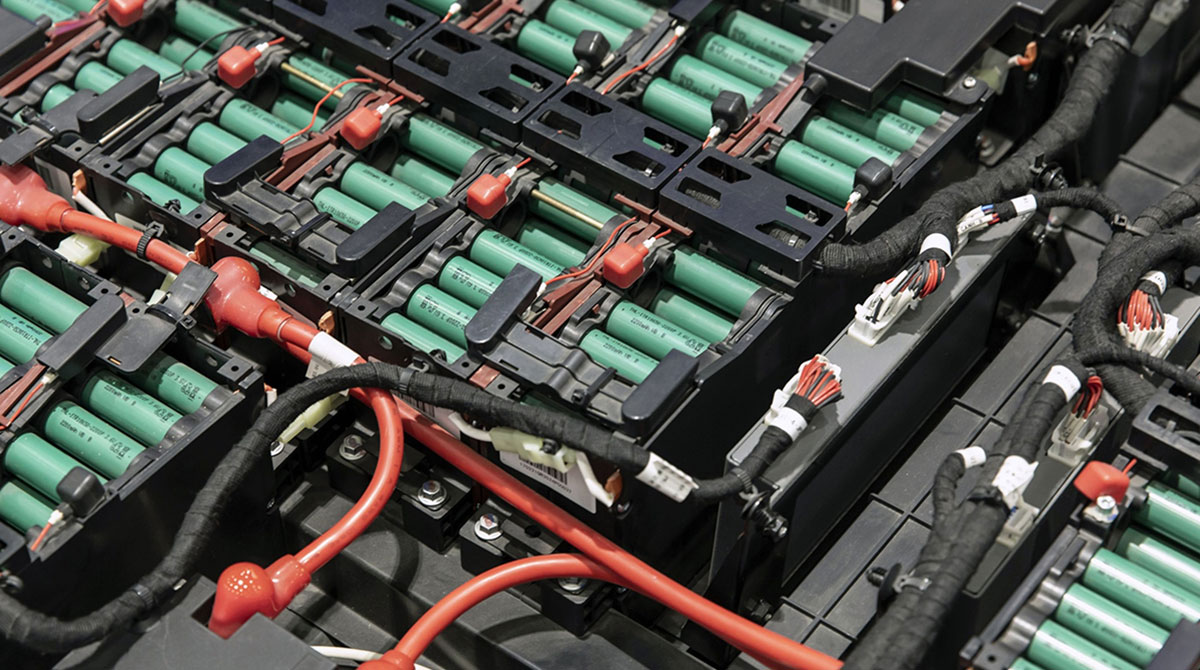 Batteries, and more precisely battery metals, are poised to replace chips as the new bottleneck for the auto industry.

While there’s been a lot of attention on nickel, especially after Russia’s invasion of Ukraine, another key metal — lithium — is a source of concern for manufacturers dealing with all manner of supply chain challenges.

The cost of the metal — mainly used to produce lithium-ion batteries, but also for pharmaceuticals and industrial lubricants — has been soaring. An index of key prices more than doubled in the first quarter, after surging 280% last year, according to Benchmark Mineral Intelligence.

That jump is worrying government officials in China, Bloomberg has reported. Tesla CEO Elon Musk, largely seen as ahead of the pack on scaling electric vehicle production, flagged the lithium shortage several times during Tesla’s earnings call this week.

“I’d certainly encourage entrepreneurs out there who are looking for opportunities to get into the lithium business,” Musk said April 20. “We think we’re going to need to help the industry on this front.”

Joe Lowry, a North Carolina podcaster known in mining circles as “Mr. Lithium,” has been in the business for decades.

Since striking out on his own in 2012, Lowry has been a consultant to mining companies and an investor. He owns shares of companies including Tesla and Lithium Americas.

Here’s an excerpt from a recent interview, edited for length and clarity.

Q. You wrote a paper at the end of 2019 saying demand for lithium would outstrip supply. It looks like lithium prices have started to reflect that. What do you see?

A. In the next two years, even though there will be significant growth in supply, it will be less than demand, so the gap will just continue to grow. It’s simple math. It’s like, the bus in front of me is going 50 mph, I’m going 45 mph, but I’m saying I’m gonna catch it in 2025. I believe there will be a day in the future when lithium is in oversupply, but it won’t be in this decade.

Q. Why will it take so long?

A. You can build a battery factory in two years, but it takes up to a decade to bring on a lithium project. It’s not a commodity; it’s a specialty chemical. Lithium is often compared with iron ore or other major commodities, and it behaves nothing like that. The auto industry is just finally figuring that out. Lithium qualification for an auto company can take over a year.

A. It has to go through cycle testing. If you’re going to put something into a car that could ignite if the chemistry is wrong, you kind of want to know.

Q. Is the auto industry prepared for that long lead time?

A. I take everybody’s gigawatt-hour projections and take them back to the lithium required to do it, and most of them are so far over what the lithium industry can supply. I don’t believe demand is going to be destroyed. Ultimately, I believe it’s just deferred.

Q. The additional production this year will be less than 150,000 tons. So then, it’s who gets the material? Whose EV models don’t get made?

A. In a 2050 scenario, there’s time for everything to happen that needs to happen. But in 2030, it just isn’t going to happen. Just look at the mess we’re in from a lithium supply standpoint with less than 10% EV penetration.

Lowry’s predictions chime with others assessments. BloombergNEF forecasts prices of lithium carbonate and hydroxide — the main lithium chemicals used in battery production — will be higher still by 2030 as a result of projected supply deficits.

Metal supply scarcity poses a more immediate challenge to automakers. Battery prices are expected to rise slightly this year, ending a long run of declines. That will delay the point at which EVs achieve price parity with combustion engine cars, potentially by as much as two years, to 2026, according to BNEF.