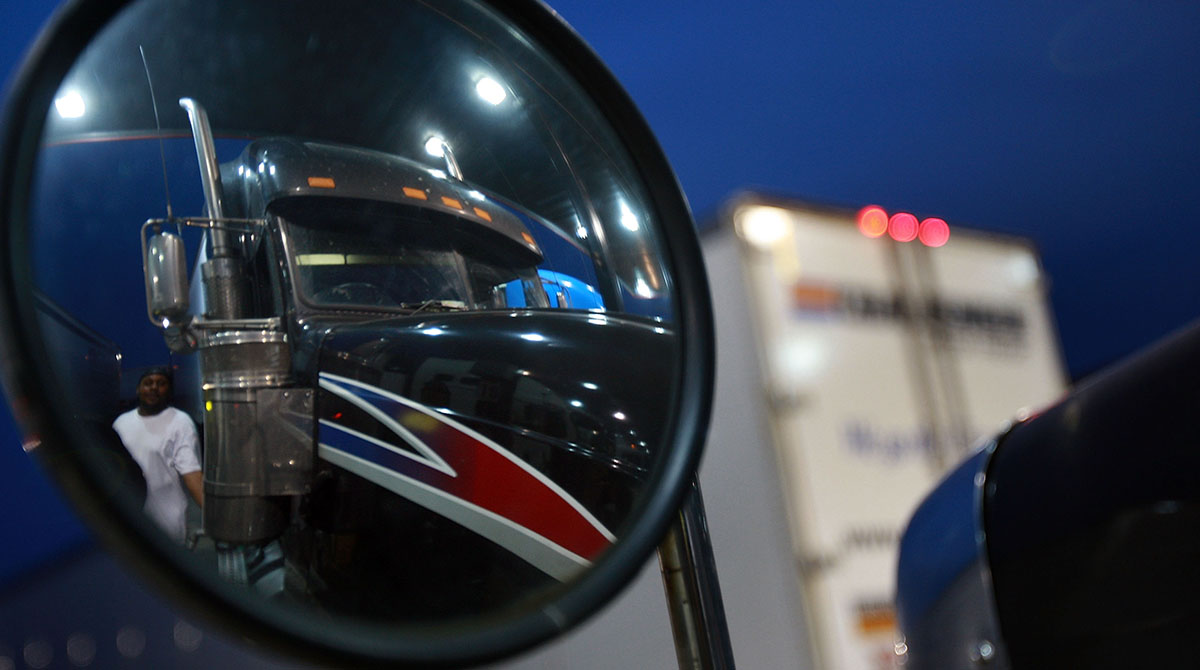 Demand for new commercial trucks is surging as companies look to replace aging vehicles and freight volumes have jumped in recent months.

One challenge the industry is facing is companies are scrambling to hire more drivers during a time that lower unemployment has strained recruiting efforts. Demand could be even higher, according to experts, but a lack of available drivers is one factor that has slowed investment.

Orders for Class 8 trucks, the rigs that typically haul trailers along the highway, were up about 88% for the first five months of this year compared to the same time last year, said Kenny Vieth, president of ACT Research, a firm based in Columbus, Ind., that specializes in market analysis and tracking commercial vehicle industry data.

“Conditions in the market today for heavy-duty vehicle demand are as good as they’ve ever been,” Vieth said.

The lack of drivers comes at a time when fewer people are out of work, according to a near-record low unemployment rate.

The trucking industry has faced an aging workforce for several years, said Kevin Burch, president and partner of Jet Express in Dayton, Ohio, and immediate past chairman of American Trucking Associations. He said the industry could be even busier, but many companies are struggling to find qualified drivers to complete routes. Many trucking firms are reluctant to order new vehicles if they can’t find someone to drive them, Burch said.

“There’s nothing worse than having a brand new truck sitting against a fence,” he said.

Turnover is also a challenge in the industry, with a turnover rate nearing 100% as truck drivers jump from one company to the next for slightly better pay or an earlier shift, he said. Many drivers don’t want to work overnight or over long distances, but trucking firms still need a way to fill those shifts.

“The U.S. economy works around the clock,” Burch said. “Everyone wants to work 9 to 5, and that’s one of the biggest challenges we face.”

Lawmakers are working on some changes to help alleviate the shortages, including allowing younger drivers under supervision from more experienced drivers to work across state lines, he said.