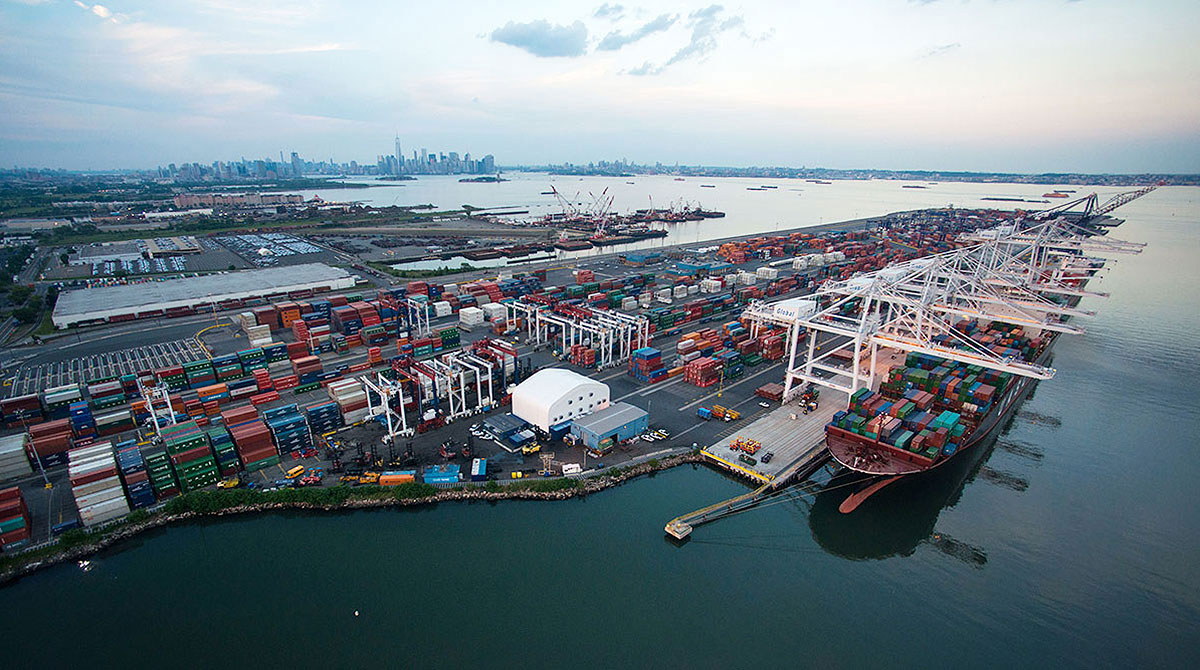 An owner of commodity hauling freighters said rates for the ships are close to the point of spiking sharply higher and mirroring an unprecedented surge in costs for transporting manufactured goods.

Spot rates for containerships to move manufactured products have surged for 20 straight weeks and now stand 731% above their seasonal average over the prior five years, according to Drewry Shipping. John Wobensmith, the president and CEO of Genco Shipping & Trading Ltd., said that prices to move commodities — which have already rallied sharply — may follow.

“You do get to a point, and you’ve seen this in containers, where you hit a certain utilization rate and you start to go parabolic on rates,” he said in an interview. “I think we’re getting close to that period.”

Container rates have climbed because of snarled supply chains and extra trade that have strained the fleet’s capacity as economies emerge from the worst of COVID-19. The boom reached into every corner of the global economy because merchant fleet handles about 80% of the world’s traded goods. 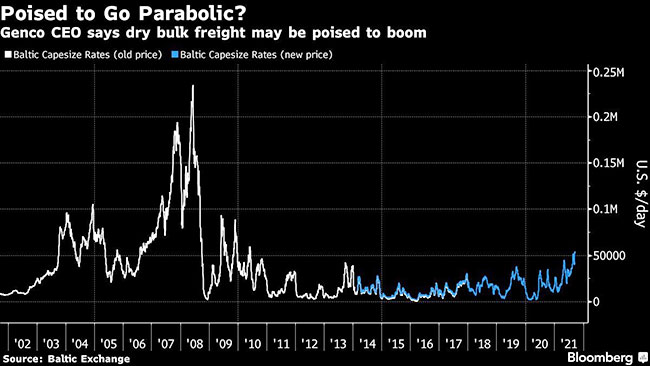 With more than 5 billion tons of dry commodities moved each year in so-called bulkers — things like iron ore, coal, grains, steel and lumber — a surge in dry freight would affect industries that produce and process everything from raw materials and crops.

Rates for giant Capesize carriers had their biggest single-day surge since 2008 on Sept. 13, reaching $52,908 a day. Wobensmith said demand is currently outpacing vessel supply, which will remain low for years with shipyard orders mostly led by containerships.

Earnings remain well below the 2008 peak — in excess of $200,000 a day just before the global recession hit — and Wobensmith doesn’t anticipate them to get that high this time around. He also expects the situation to calm down again early next year.