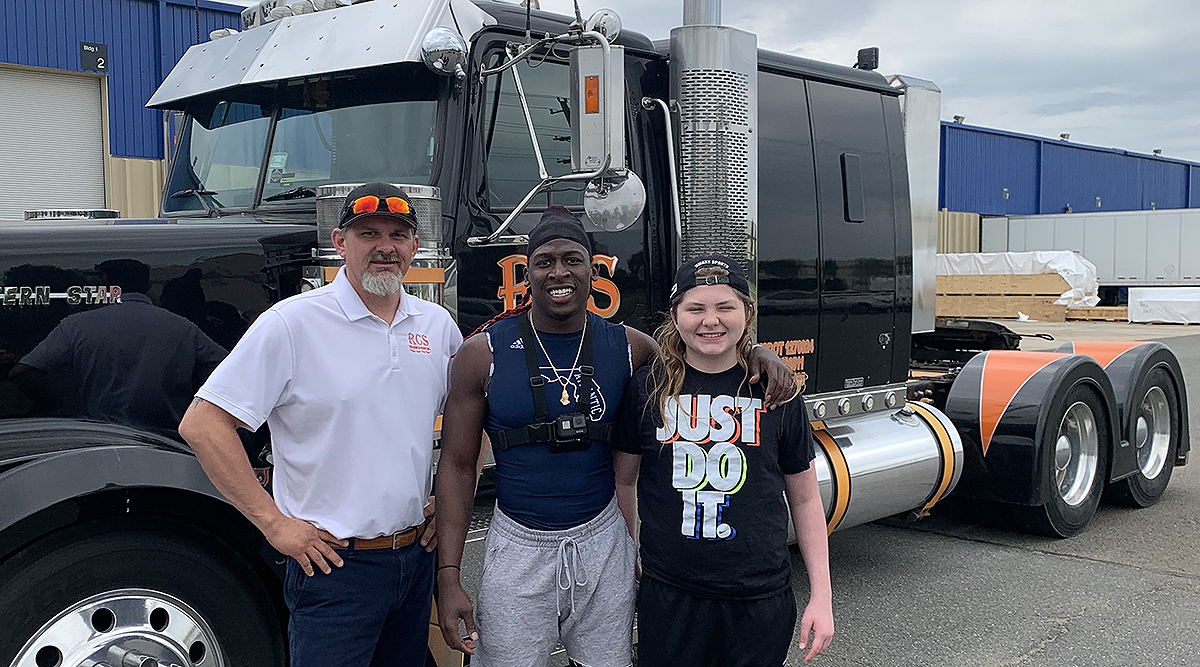 When you’re a football player, and you pull your own pickup truck as part of a workout, and then another football player one-ups you by pulling a straight truck, you have only one choice: You need to pull a semi-truck.

That’s the challenge Lucky Whitehead took on earlier in May.

Whitehead, a 27-year-old from Manassas, Va., who attended Osbourn High School and Florida Atlantic University, is a wide receiver and return specialist for the Winnipeg Blue Bombers of the Canadian Football League. He’s also played for the Dallas Cowboys and New York Jets in the NFL. Whitehead, who wrote on Twitter that he is 5 feet, 9 inches and 185 pounds, owns a Ford F-150 Raptor pickup and pulled it recently as part of a workout, posting a video on Instagram.

The CFL shared the video on its Twitter account, where it caught the attention of Stavros Katsantonis, a recent draft choice of the CFL’s Hamilton Tiger-Cats, who decided to up the ante and post a video of himself pulling a straight truck.

The bandit has entered the chat... pic.twitter.com/CvHJNERcAt

“I saw him hop in my comments, and I saw the box truck, and I was like, ‘OK,’ ” Whitehead told Transport Topics. He retweeted the video and commented, “So I gotta get a 18 wheeler.” His trainer, Raymond Washington, said pulling a semi-truck would be tough but “not impossible.”

Whitehead just needed to find one.

Luckily, a local connection, Robert Sturgeon, president of RCS Trucking & Freight Inc. in Bealeton, about 20 miles from Manassas, came through.

“I posted a message on Facebook, and one of my friends reached out to Robert, who messaged me, and we set it up for the next day,” Whitehead said. 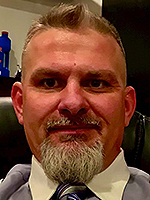 The pull took place May 14 at the United Sportsplex in Manassas.

Sturgeon said he met Whitehead and his mother a couple of years ago at a youth football camp at Patriot High School in Bristow, Va.

“He put the camp on for free for 200 to 300 kids, so I thought that was cool and decided to let him use a truck,” Sturgeon said, adding Whitehead is “a good man.”

In addition to praising his character, Sturgeon said he was confident Whitehead could pull off the feat.

“Lucky is a different creature,” he said. “He is all-out all the time. He is freakish.”

But when Whitehead first saw the truck, a 2007 Western Star 4900EX, he was a little intimidated. 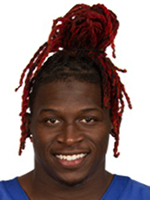 “I went into the gym and said, ‘Yo, that semi is a little bigger in person,’ ” Whitehead said he told Washington. But his trainer didn’t let that get to him.

Whitehead also said he didn’t want to let down the supporters who gathered to watch, which included Sturgeon’s 13-year-old son, RC. Whitehead said there were 10 to 15 people in the immediate vicinity but that he could see more onlookers behind fences and near other buildings, peering in to get a glimpse.

Whitehead began pushing the truck from behind first. “If I can push it, I can pull it,” he figured. “Once I pushed it, I knew I could do it. I went straight to the harness.”

Pulling the truck from the front was slow at first, but when he heard a woman in the crowd react, he got encouraged and knew the wheels were beginning to turn.

“When she made that noise, I really started digging. … I was just hoping I had the right grip,” Whitehead said, noting he didn’t want any slack in the harness. “Then I just marched it out.”

Training with a semi-truck...

Though Sturgeon was sure Whitehead could do it, he was still impressed.

“It’s one thing if he was a 300-pound lineman, but to be a receiver known for speed and have that much power in his legs, is something,” he said, noting he was in the cab as the truck was being pulled which “was quite an experience in and of itself.” Sturgeon estimated Whitehead pulled the truck 100 feet, while Whitehead guessed about 60 feet to 75 feet.

"I felt great [afterward]," Whitehead said. "I'm glad I got to try it, and it just shows all my morning workouts and grinding has to be working, and I'm going to keep going."

A regular person probably would have taken a day off before attempting to pull a truck, but football players are built differently.

"My legs were sore [the next day], especially since I did legs that Wednesday [May 13, too]," he said.

Whitehead said he hasn’t talked to Katsantonis since his latest accomplishment, but the competition could continue, as Katsantonis made it known he has seen the video.