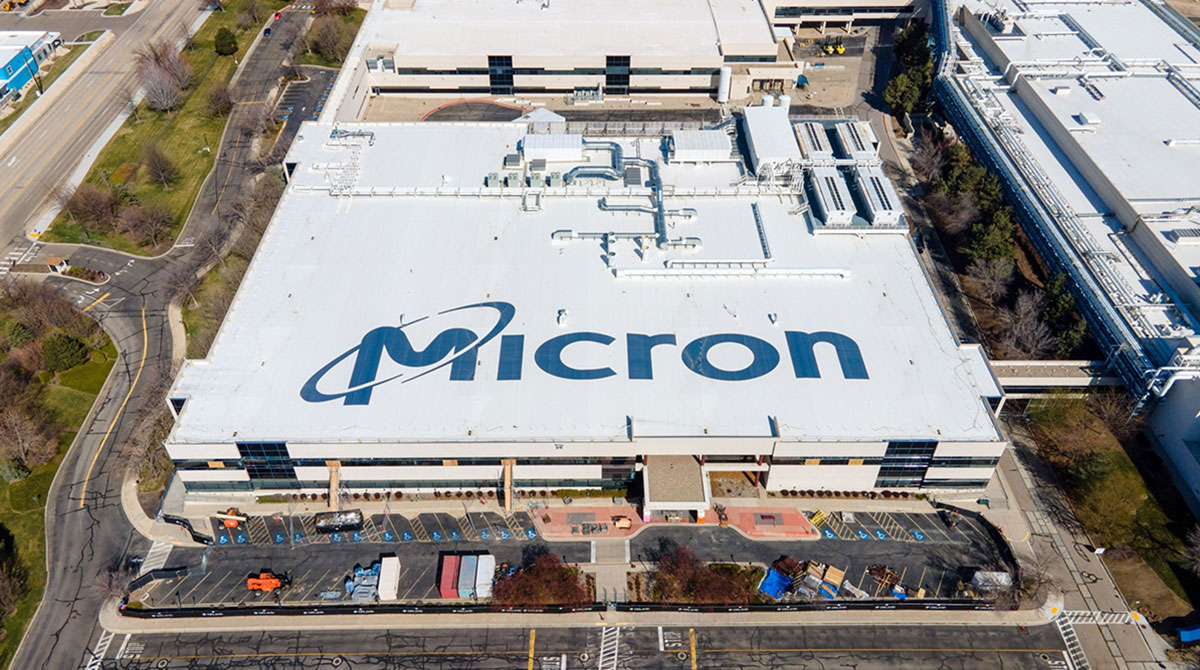 NEW YORK — Micron, one of the world’s largest microchip manufacturers, is expected to open a semiconductor plant in New York, promising an investment of up to $100 billion and a plant that could bring 50,000 jobs to the state, the Senate majority leader says.

The announcement comes after Sen. Chuck Schumer (D-N.Y.) had pushed Micron and the company’s CEO, Sanjay Mehrota, to consider upstate New York for its factory. It also comes months after Congress passed the $280 billion CHIPS and Science Act, which set aside $52 billion to bolster the semiconductor industry.

Companies like Micron manufacture the diminutive chips that power everything from smartphones to computers to automobiles. The bill was aimed at bolstering U.S. competitiveness against China and avoiding another chip shortage like the one that derailed the auto and tech industries during the pandemic.

Schumer confirmed to the Associated Press that Micron plans to bring its plant to the White Pine Commerce Park in Clay, N.Y., near Syracuse, after speaking with the company’s leaders.

“Chips are essential to our economy, and if we were to lose the ability to manufacture chips here in the United States, it would be a severe, both economic security and national security risk,” Schumer said in an interview with the Associated Press. “This will be the most advanced memory chip manufacturing facility in the United States and probably the world. And, it’s located in a place that will really benefit from it.”

The company plans to invest $100 billion over the next 20 years, with the first investment of $20 billion planned by the end of the decade, Schumer said. The deal is also expected to bring more than 9,000 jobs to Micron and officials believe it could also bring close to 40,000 other ancillary jobs to the region, from suppliers to contractors, Schumer said.

After signing the $280 billion bill last month, President Joe Biden touted the New York investment as proof that it was working.

“Today is another win for America, and another massive new investment in America spurred by my economic plan,” Biden said. “Micron, an American company, is investing $20 billion this decade and up to $100 billion over 20 years in CHIPS manufacturing in upstate New York, creating tens of thousands of good-paying jobs. Together, we are building an economy from the bottom up and the middle out, where we lower costs for our families and make it right here in America.”

Micron – based in Boise, Idaho – has several chip manufacturing plants around the world, including in Singapore and Taiwan. The company announced in September that it would invest $15 billion though the end of the decade on a new semiconductor plant in its hometown of Boise that the chipmaker said will create 17,000 American jobs.

“This is like a 21st century Erie Canal,” Schumer said of the New York plant. “And just as the original Erie Canal did centuries ago, this will help cement the growth of our economy for decades to come, not only in upstate New York, but in the country, since these chips are so vital to so many of our cutting edge industries.”