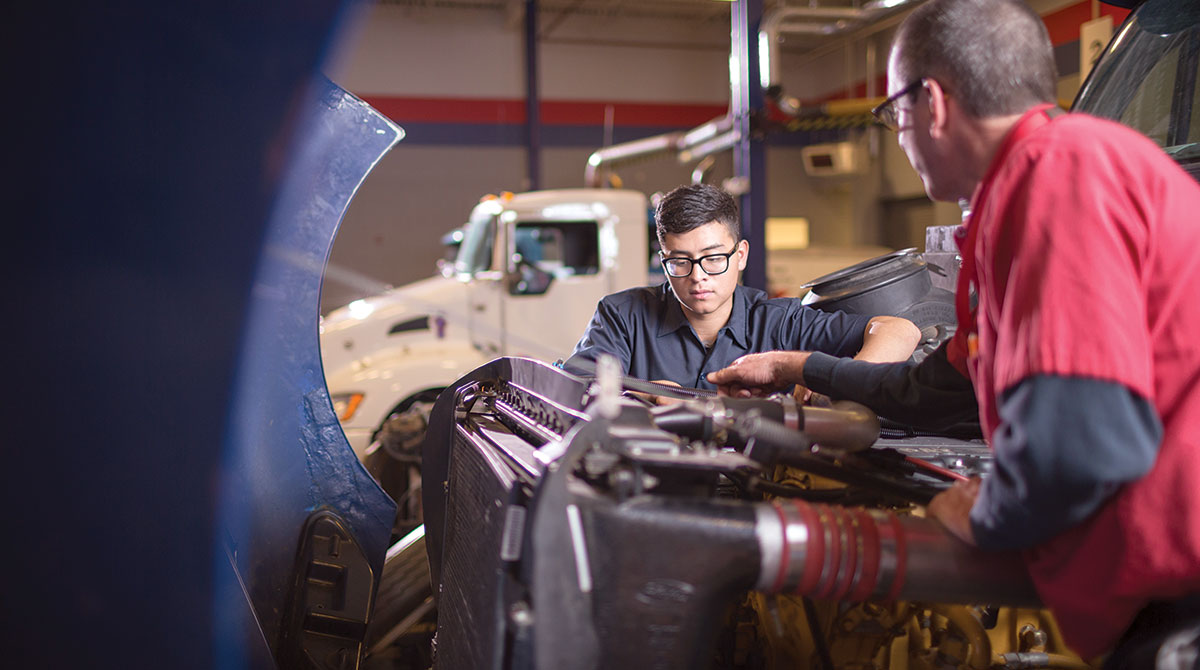 Students at Lincoln Tech work on a truck engine.(Nick Collura)

These graduates will enter a market with an increasing technician shortage. The TechForce Foundation in its 2020 Transportation Technician Supply & Demand Report found a 3-to-1 ratio of demand for technicians versus supply. It said 642,000 auto, diesel and collision technicians will be needed between 2020 and 2024, with no signs of the shortage waning soon.

Applicants for the Lincoln Tech half-scholarship must have a sponsor who is a member of TMC or is employed or contracted by a company with at least one dues-paying member. They must be graduating from high school and complete an application. 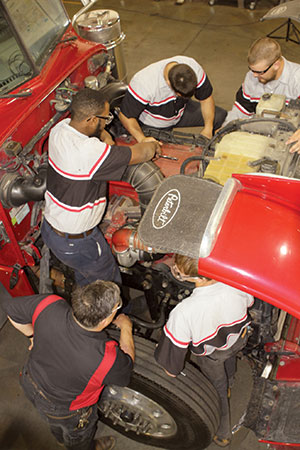 At Lincoln Tech, the student body is diverse where 40% of attendees are white and 10-15% are former military. (Lincoln Tech)

Scott Shaw, Lincoln Tech president and CEO, estimated that more than 1,000 students are enrolled in the diesel and heavy equipment program. The program spans 1,550 hours with one-month blocks for brakes, transmissions and other systems and a two-month block for electrical. He said students spend about 25 hours a week over 13-14 months learning their craft. An associate degree is available, but about 90% of its graduates leave with a certification. He described the program as accelerated.

“We don’t offer spring break, winter break or a fall break,” Shaw said. “Our students are interested in getting the skills, getting in and getting out as quickly as possible.”

The cost to attend the school is $22 an hour, or $32,000. But Shaw said more employers are helping their newly employed hires repay their loans over time, using it as a retention tool. Employers are also offering signing bonuses.

Shaw said starting salaries of Lincoln Tech graduates run from about $18 to $24 an hour. One of Lincoln Tech’s board members, Carlton Rose, is a graduate of the school’s Indianapolis campus. He is now president of global fleet maintenance and engineering at UPS.

“We prepare them to start from day one providing value to the employer, giving them the confidence to progress within their profession,” he said.

The TMC scholarship is not the only way Lincoln Tech is helping students afford school. The school was founded after World War II when its founder, J. Warren Davies, saw an opportunity to provide returning veterans with training in air conditioning and automotive transmissions. In recognition of the school’s 75th anniversary, it is offering $75 million in scholarships over the next five years. 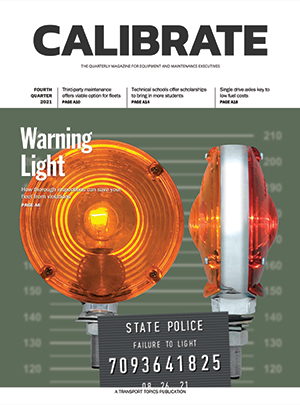 Shaw said that twice a year, the school invites employers to the campuses to critique the program, discuss its strengths and weaknesses, and talk about the industry’s direction.

He said employers are emphasizing the need for students to improve their “soft” skills. Attendance is taken and appears on the students’ transcripts. The school tries to develop students’ speaking and writing skills. They also wear uniforms and are taught to work in a professional manner.

The average age of students in Lincoln Tech’s diesel program is around 24, which is younger than other courses of study. It’s a diverse student body in which about 40% of students are white and 10-15% are former military members. The program also serves adult students who have been working in fast food and retail and have realized they need to earn a higher salary, or they are returning to a long-desired passion. Fewer than 5% of the students in the auto/diesel program are women.

Shaw said that decades ago, the emphasis on getting students into college resulted in cuts to vocational-technical high school classes. Now people are recognizing the opportunities available in these fields. The infrastructure bill being debated in Congress as of press time would result in the need for even more technically trained professionals.

Shaw said the school hasn’t really changed its training to include more instruction in repairing electric vehicles, but it will do so as the marketplace demands it, noting that three of the five technicians at the local Tesla dealership are Lincoln Tech grads. 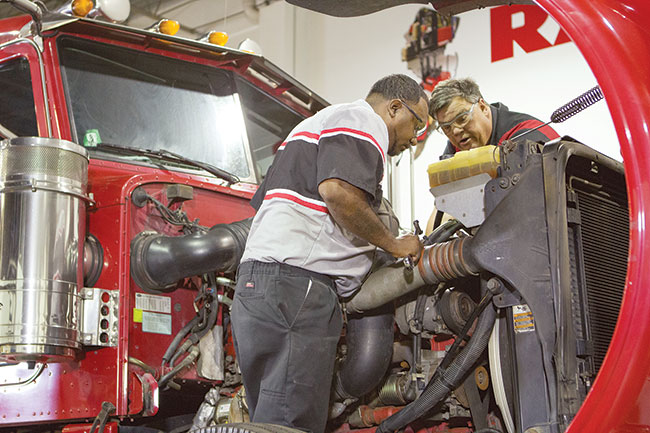 Although tech students traditionally come out of high school, some students are older, in their 40s and 50s, lookng for new career paths. (Lincoln Tech)

Elwer said most of the students are traditional applicants out of high school, but some have been older, in their 40s and 50s. In his morning class of 20 students, two are former military and another is about 35 years old.

He noted that jobs are often available for graduates. At times, a Mack/Volvo dealer or lift truck manufacturer Crown Equipment Corp. would visit the school to speak with students. Usually the biggest challenge is students’ desire to find a job at home. Many of the ag students plan on going back to work on farms. In contrast, one student wants to work in Russia or another foreign country.

One of the challenges tech schools contend with is that students often don’t apply for the scholarships available, Elwer said, noting that many students have their parents pay for their education, or they aren’t confident in completing the application process.

Although they have not offered scholarships this year, WyoTech has offered up to three partial scholarships of $5,000 per attendance period, while Western Tech offered up to two half-scholarships for a degree in its diesel mechanics program. Cindy Barlow, director of industry relations at WyoTech, said the scholarships help cover the $29,500 cost for the nine-month program. The school has been growing rapidly, from 11 students in 2018 to 650. The diesel program is nearing 300 students.

Barlow said most students graduate with four or five job offers and can be selective. Starting salaries range from $20 to almost $30 per hour. She said companies are getting creative in recruiting students by offering tuition reimbursements.

“It’s a remarkable time to be in the industry, and these students that are choosing to go into the field of the trades are making a very smart, recession-proof choice to get a great occupation and build on that through the years of their career,” she said.

Barlow said the school is trying to recruit students who will stay in the industry. It recruits in the heartland looking for students with an interest in automotive and diesel technology, including those involved in SkillsUSA and FFA. Its students are typically high school graduates, veterans transitioning out of the military or individuals transitioning into a new career.

The program requires students to complete 1,440 hours of training, most of it in the shop. Classes are Monday through Friday and start at 7 a.m. and end at 4:20 p.m. Students must be freshly shaven with pants pulled up and shirts tucked in. If they are late twice in a quarter, the school reserves the right to release them.

“If you can send a student that is passionate about the diesel industry to tech school at WyoTech,” Barlow said, “they’re going to come out of it on the other end ready to go to work on the shop floors.”