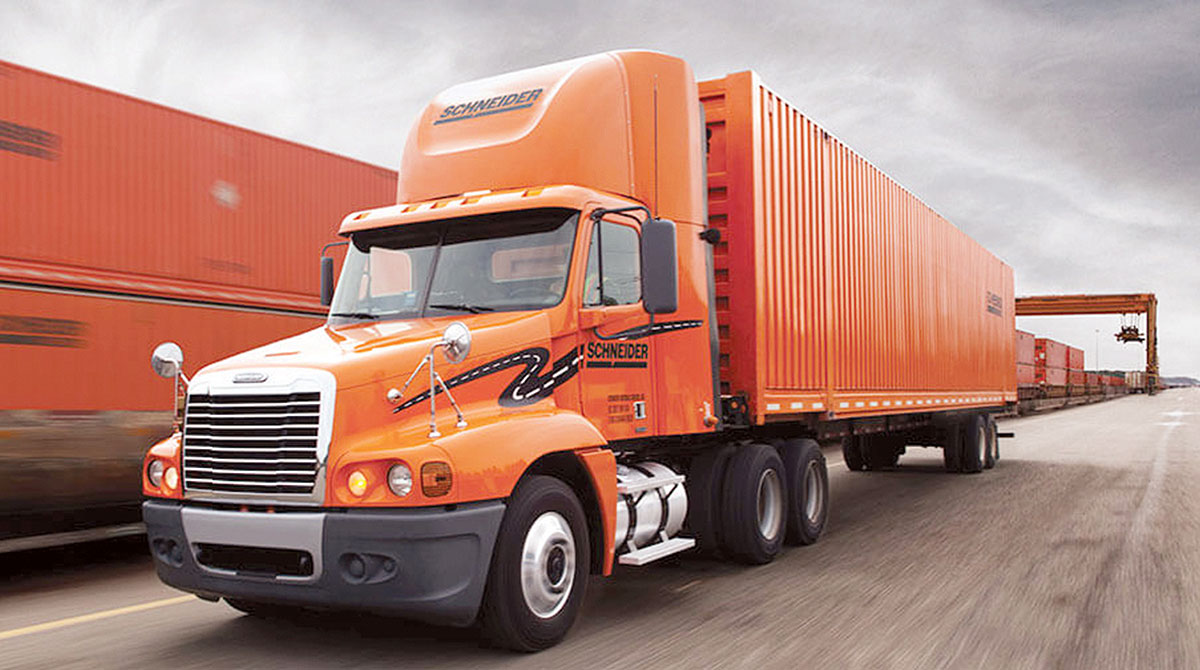 Profit increased to $43.8 million, or 25 cents a diluted share, for the three months ending March 31. That compared with $36.9 million, or 21 cents, during the same time the previous year.

Wall Street analysts had been looking for 19 cents per share and quarterly revenue of $1.12 billion, according to Zacks Consensus Estimate.

Schneider in its earnings release attributed the revenue decline primarily to the shutdown last year of its First to Final Mile operations. This alone accounted for $31.6 million of the decrease, the company said. The remainder was primarily due to large customer warehouse insourcing last year for the import/export business and decreased fuel surcharge revenues.

“Our first-quarter results are a direct reflection of the integral role our portfolio of services plays — especially during difficult times — in meeting the fundamental needs of consumers,” Schneider CEO Mark Rourke said in a statement. “We are navigating this situation from a position of strength.”

In the truckload segment, Q1 revenue decreased 12% to $469.4 million from $531.8 million last year. Schneider attributed the drop to the final-mile operation’s closure and a drop in pricing, but noted that the declines were partially offset by improved productivity.

The company also noted that the second half of March brought increased demand tied to the pandemic. In response, the truckload segment redeployed several hundred drivers from dedicated accounts to support customers that experienced elevated demand for essential products.

The company also noted that for-hire volumes and dedicated activity for both new and existing business were pacing ahead of plans prior to the coronavirus pandemic.

“Our resilient balance sheet and ample liquidity allow us to focus our efforts on safety, execution, service and long-term positioning of our business,” Rourke said.

The intermodal segment saw Q1 revenue remain consistent with last year at $238 million, but revenue per order fell 4% compared with last year due to a higher mix of shorter length-of-haul volume in the East. But this decline was offset by a 3% increase in orders. Intermodal income fell 18% to $16.3 million compared with $19.9 million last year as a result primarily of increased purchased rail transportation costs.

In the logistics segment, revenue decreased 2% to $239.6 million from $243.9 million in the year-ago period. The report noted increased revenue from brokerage volume growth essentially offset large customer warehouse insourcing for the import/export business.

Logistics income decreased 59% to $4.2 million from $10.3 million compared with the previous year due primarily to continued brokerage net revenue compression.

While noting the uncertainty created by the COVID-19 outbreak, Rourke said the company’s expectations are so far holding up.

“Our base case assumptions coming into April were that the largest impacts of the virus-driven economic disruption on our business volumes would be incurred in the second quarter, and that steady improvement would occur throughout the third and fourth quarters,” Rourke stated. “While it is unknown how this will ultimately play out, the base case assumptions have held to date. Our truckload and intermodal freight volumes stabilized in late April after steadily declining earlier in the month and brokerage has experienced improved net revenue.”

That said, Schneider is suspending its 2020 EPS guidance, he said, due to the “ongoing uncertainty regarding the timing and pace of recovery.”

He added, “Regarding capital expenditures, we are maintaining investments in replacement equipment, while also curtailing several discretionary projects and accelerating our technology spend. The net result is that our updated full year 2020 net capital expenditure guidance is approximately $260 million.”

Schneider ranks No. 7 on the Transport Topics Top 100 list of for-hire carriers in North America and No. 18 on the TT Top 50 list of the largest logistics companies.