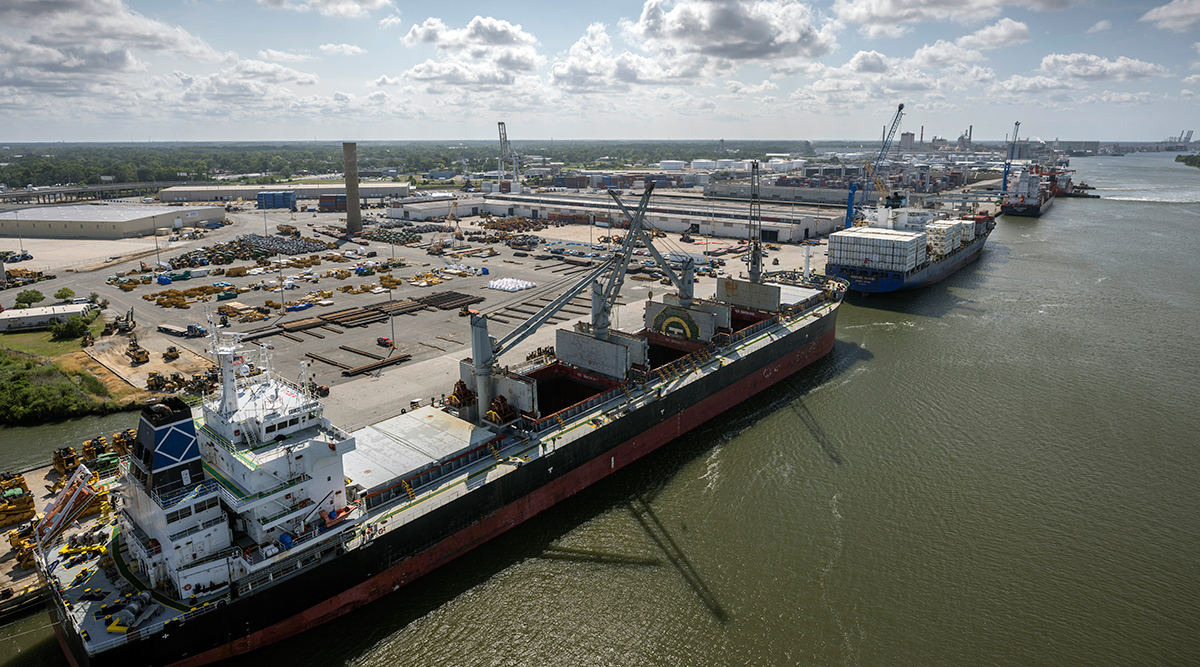 SAVANNAH, Ga. — The Port of Savannah plans a $410 million overhaul of one of its sprawling terminals to make room for loading and unloading larger ships while focusing its business almost exclusively on cargo shipped in containers.

The Georgia Ports Authority’s governing board approved the project Dec. 5 under a plan to expand Savannah’s capacity for cargo containers by more than 50% by 2025.

“We’re taking the Georgia ports from a Southeast gateway to a global gateway,” said Griff Lynch, executive director of the authority, which has seen more than a decade of explosive growth at the state-owned seaports in Savannah and Brunswick.

It means major changes for Savannah’s 200-acre (81-hectare) Ocean Terminal, which currently handles most of Georgia’s breakbulk cargo such as lumber, paper and steel. Those operations will move during the next year to the Port of Brunswick about 70 miles (110 kilometers) south of Savannah.

Ocean Terminal will be converted to handling cargo in containers — large metal boxes used to move goods from consumer electronics to frozen chicken by ship, train or truck. The terminal’s berths will be upgraded with room to service two large ships simultaneously using eight new ship-to-shore cranes, at an additional cost of $163 million.

The changes come as U.S. seaports including Savannah, the nation’s fourth-busiest container port, have spent more than a year scrambling to keep up with a surge in imports that left ships piled up offshore waiting to dock. Mass traffic jams off the West Coast caused shippers to divert cargo to Savannah and other ports along the East and Gulf Coasts.

The influx of cargo has begun to subside amid inflation and a shift to increased consumer spending on travel and services as opposed to retail goods. Still, Savannah’s port saw its two busiest months ever in August and October. And it still had 19 ships waiting offshore the morning of Dec. 5. Lynch said he expects continued growth, just at a slower pace, as the backlog subsides. 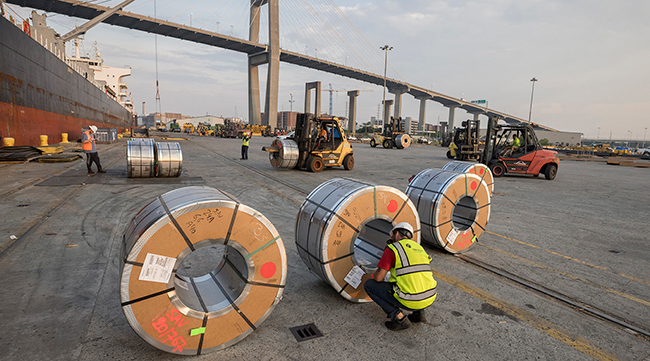 The port authority’s plan to add capacity for an additional 3 million container units by 2025 would give Savannah more breathing room when the next cargo crush arrives. As Ocean Terminal undergoes its transformation, a newly expanded cargo berth will open next summer at Savannah’s main container terminal.

“This is going to get us back to more of a normal schedule as far as capacity, where we try to stay at about 80% so we’ve go room for growth,” said Joel Wooten, the port authority’s board chairman. “It’s going to help the state of Georgia and the whole Southeast.”

Lynch said private terminal operators will still move some breakbulk cargo through the Savannah port, which will also continue to handle military equipment shipped overseas and back as needed by Army units at neighboring Fort Stewart and Hunter Army Airfield.

The expanded Ocean Terminal berths will be built in phases, with the first opening in 2025 and the second in 2026, Lynch said. He said converting an existing terminal to handle large containerships will be more efficient than building a brand new one, which would take up to five years.