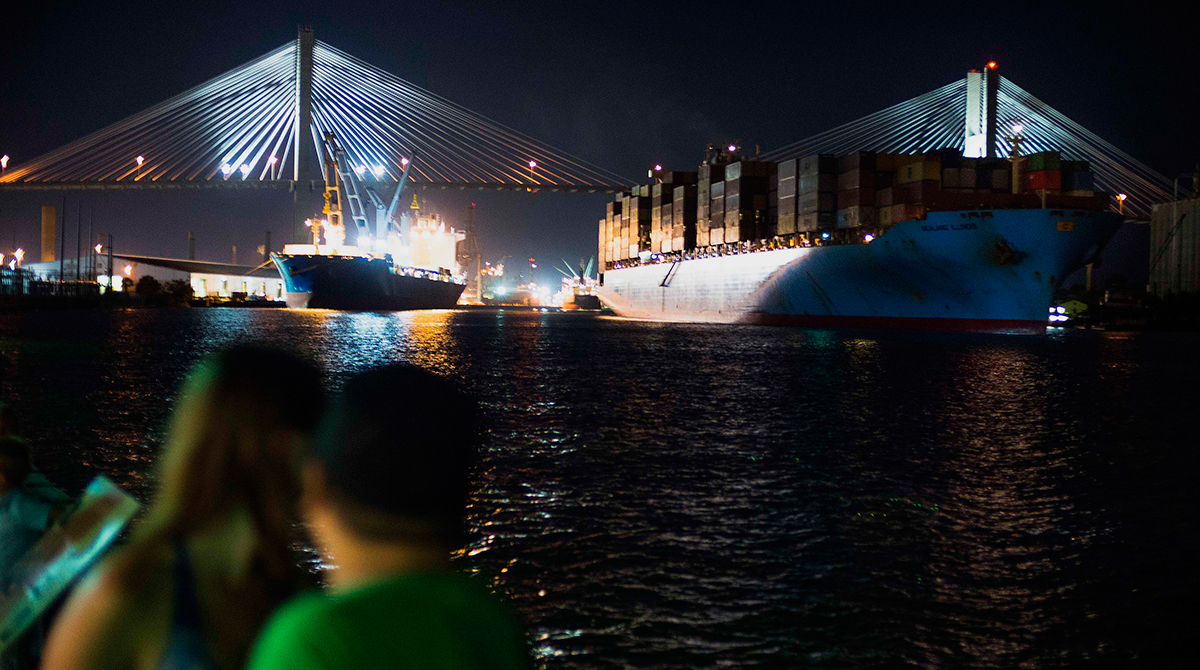 The year has been another one for the record books at the Savannah ports.

The Georgia Ports Authority handled a record 4.2 million 20-foot equivalent container units in fiscal year 2018, which ended June 30. That is an 8.4% increase year-over-year.

“Moving more than 4 million TEUs in a single fiscal year is an important milestone for Georgia,” GPA Executive Director Griff Lynch said. “Georgia’s logistical advantages, along with the Southeast’s population growth, have resulted in increased demand, while the expanded Panama Canal has cleared the way for larger vessels to call Savannah.”

June also was the 18th consecutive month the port handled more than 300,000 TEUs.

Board Chairman Jimmy Allgood said the port’s success is a team effort.

“Outstanding effort from our GPA employees, the International Longshoremen’s Association, stevedores, trucking and rail personnel made it possible to exceed customer expectations and achieve record results,” Allgood said. “I cannot say enough about the partnership and can-do spirit of the Georgia maritime community.”

The new numbers were announced July 23 at the GPA monthly meeting.

Georgia Ports also saw a healthy increase in intermodal rail lifts, a 16.1% increase, or more than 60,000 additional moves, another record.

The number of rail lifts shows that GPA is on the right track, Lynch and Allgood said.

“The market’s increasing recognition of Georgia as a rail hub for East Coast container trade reinforces our determination to double Savannah’s on-terminal rail lift capacity,” Lynch said. “The Port of Savannah is poised to capture new rail cargo across the state, the Southeast and well into the American Midwest.”

GPA broke ground on the Mason Mega Rail project in March. The $127 million endeavor will double Savannah’s annual rail lift capacity to 1 million containers by 2020. The new rail terminal will allow 10,000 foot trains to be loaded on terminal. The project will cut transit time to Chicago, Cincinnati, Memphis, Tenn., and St. Louis by 24 hours.

As part of that project, the GPA board on July 23 approved a resolution for construction of an overpass on Ga. 25 in Garden City. Georgia Department of Transportation will construct the overpass at a cost of $8.8 million. The approval included a quitclaim deed and rights-of-way to GDOT for the land needed for the overpass and construction.

The project will allow the port to avoid the use of nearly two dozen rail crossings — including those on Ga. highways 21 and 25 — for improved traffic flow.

The Mega Rail expansion is funded in part by a $44 million U.S. Department of Transportation FASTLANE grant administered by the Maritime Administration. The GPA board approved $42.2 million for the project last year. Almost $100 million has been allocated for the project.

GPA estimates the new terminal will take more than 200,000 trucks off the road annually.

The GPA’s Appalachian Regional Port, an inland rail terminal, will take an additional 50,000 trucks off Georgia highways, GPA officials said. The port will open in late August. It will improve container availability and cut transportation costs for port customers in Georgia, Alabama, Tennessee and Kentucky. The port is located in Murray County, in northwest Georgia.