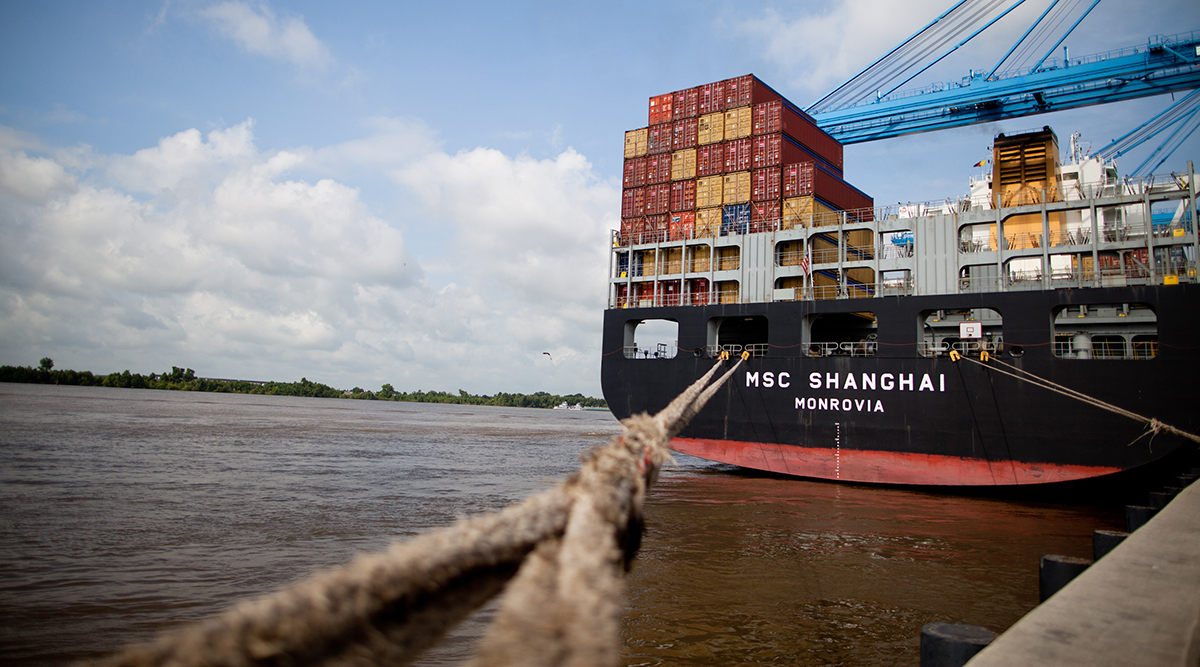 To understand what a trade war means for America, go to the Mississippi. Follow the mud-brown river past Louisiana’s chemical plants, oil refineries, granaries, ports, and the rail networks and highways that spring from its fingers.

Over centuries, trade on the winding waterway hailed as the great spine of the United States built hundreds of communities. Most U.S. grain, nearly a quarter of its coal and much of its petrochemicals pass through here. But the river carries not only goods — it also carries consequences.

Although Donald Trump garnered more votes from Louisianans in 2016 than any other presidential candidate in history, his promise to put America first targets the heart of its commerce.

The U.S. imposed steel and aluminum tariffs on Canada, Mexico and the European Union among others; Trump has threatened to add charges on up to $450 billion in Chinese goods, with the first round targeting $34 billion commencing July 6; and the erstwhile partners are retaliating. Louisiana’s reliance on trade makes it a unique microcosm of how the tariff battle will affect America.

“Everything came from the Mississippi. It was the entryway to the heartland of the United States — that’s been the case since the city’s founding,” said Marc Morial, a former New Orleans mayor whose father was the city’s first black mayor; he grew up hearing stories of life on the sea from his uncle, who worked on a freighter.

“All of the elements of the ecosystem are affected when you have a slowdown in trade. And that nerve system is what people don’t always necessarily see.”

A trade war would weigh on Louisiana, slowing total economic output by a minimum of 7% over five years, the most of any state, according to the Federal Reserve Bank of Dallas. One in six jobs in the state of 4.7 million is tied to international commerce and would be at risk, threatening an unemployment rate the U.S. Labor Department pegs near an all-time low.

Follow the river downstream to see the fears and consequences lapping at the feet of Americans.

The Port of South Louisiana is a trade juggernaut, handling the most tonnage of any U.S. port. 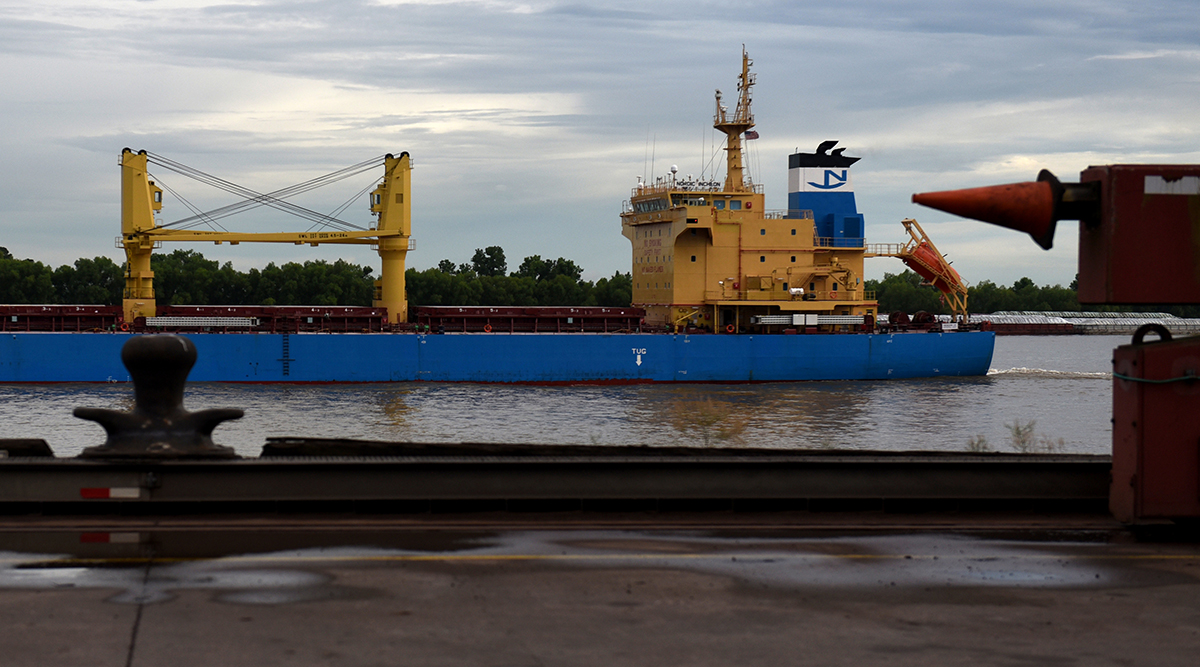 The Nordic Incheon bulk carrier vessel travels along the Mississippi river near the Port of South Louisiana in Reserve, La., May 25, 2018. Although Donald Trump garnered more votes from Louisianans in 2016 than any other presidential candidate in history, his promise to put America first targets the heart of its commerce. Louisiana's reliance on trade makes it a unique microcosm of how the tariff battle will affect America. (Callaghan O'Hare/Bloomberg News)

In the trade complex that snakes 54 miles from Baton Rouge to New Orleans, interdependence is made manifest. Barges filled with Japanese steel could offload at factories along the river and then head, as empty containers, to the South Louisiana port, where they’re cleaned, serviced and filled with soybeans destined for China.

Farmers rely on the port: About 60% of their exported soybeans, corn, wheat and rice pass through. Refiners import 56.6 million short tons of crude oil, and it’s a conduit for petroleum, which composes a quarter of the value of state exports.

“People have no idea what’s going on on the other side of that levee,” said port Executive Director Paul Aucoin, nodding toward the grassy ridge beyond which 800 vessels can ply his portion of the Mississippi at any time. Tariffs, he said, “could cause a drop in tonnage, a drop in crops, a drop in everything.”

Consequences can be seen. Aluminum shipments through New Orleans are half what they were at this time last year, according to analysis firm Harbor. In the first quarter, the amount of traded goods slowed along the Port of South Louisiana: Animal-feed exports declined 31% from the same period last year, soybean exports are down 20%, and imports of chemicals and fertilizers have been halved.

The slowdown doesn’t bode well for the half-million Louisianans whose jobs rely on that flow of goods.

A 30-minute drive from Baton Rouge is Pipe & Steel Industrial Fabricators Inc. in Denham Springs. The company’s founder and president, Kylie Sparks, is a Trump supporter who is proud to use only American metal; he’s also paying as much as 40% more since January as traders bid up the prices betting on a crunch. In fact, U.S. manufacturers report that input prices are rising at the fastest pace in seven years, according to the Institute for Supply Management. 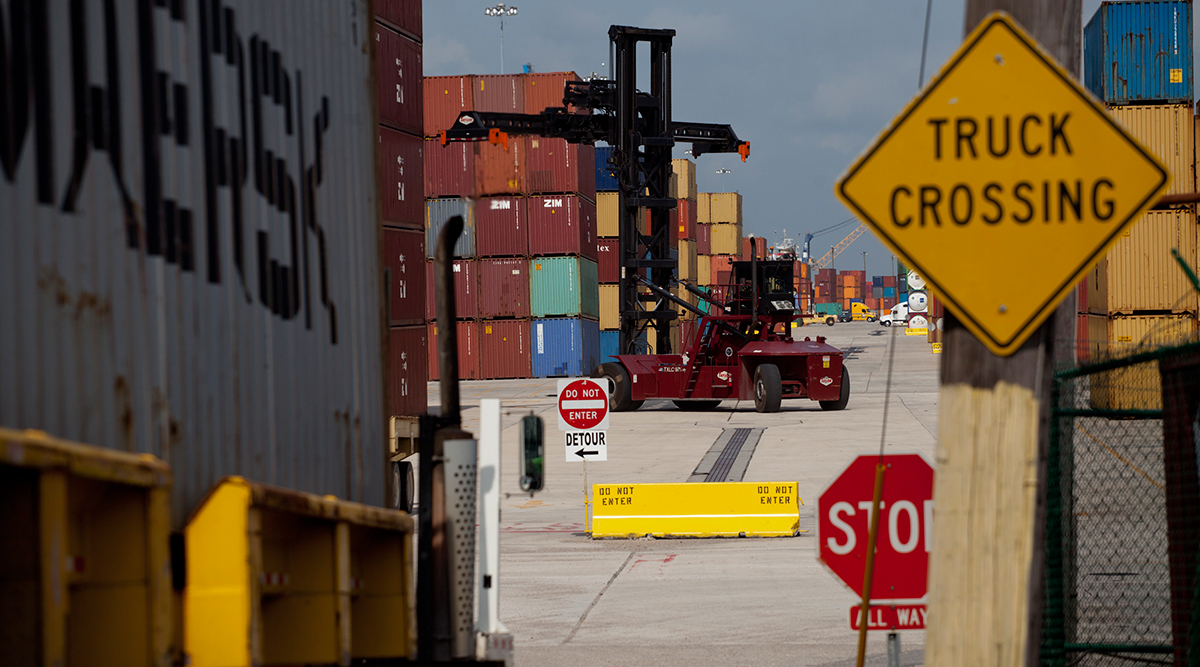 Tariff threats have “changed our business model overnight,” said Sparks, standing in a shed several stories tall as a dozen men cut and welded steel. He spends more time negotiating: When bidding for refinery contracts, for example, he can guarantee the price only for three days. It used to be 30.

About half the company’s business relies on foreign enterprises, including Taiwan’s Formosa Plastics Corp., whose sister company Formosa Petrochemical Corp. is starting a $9.4 billion complex in nearby St. James Parish. Indeed, Louisiana is the nation’s highest recipient per capita of foreign investment.

More than 500 companies from 50 countries have spent $60 billion in the past decade in the state.

Those ties have helped Sparks prosper. He started the company two decades ago and lived on a trailer on the gravel lot. Now, it’s expanded so much that he uses a golf cart to get around the grounds. He still has the white truck from his days welding pipes post-military service but added a Jaguar F-type convertible in the same color. 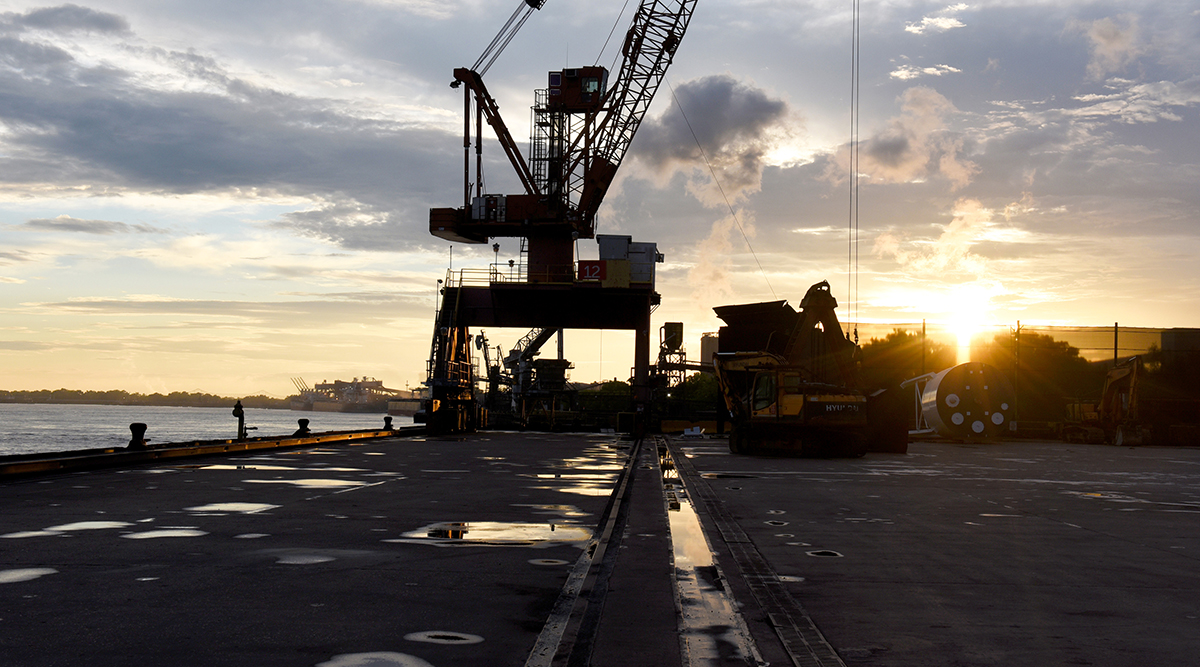 A crane stands at the Port of South Louisiana in Reserve, La.,May 25, 2018. Although Donald Trump garnered more votes from Louisianans in 2016 than any other presidential candidate in history, his promise to put America first targets the heart of its commerce. Louisiana's reliance on trade makes it a unique microcosm of how the tariff battle will affect America. (Callaghan O'Hare/Bloomberg News)

“I agree with Trump making a better deal with people and not selling us down the road,” Sparks said. “But the fallout is going to be inflation, and I don’t know if he has a plan for that.”

From Denham Springs, head south to Lutcher. The 3,000-odd residents of the former sawmill-and-sugar-plantation town are so familiar with one another that their dogs run free on its streets. Here, in a United Steelworkers meeting hall, it’s clear that unencumbered free trade has put some Americans in a lose-lose position.

A group of union workers sits around a fold-out table, preparing for contract negotiations with Rain CII Carbon.

The plant in nearby Gramercy produces calcined petroleum coke, used in aluminum that ends up in products, including the beer cans that some workers hold as colleagues set up a crawfish boil.

“Factories shut down and move overseas to get cheap labor and don’t have to play by the same rules — that’s what hurts people,” said David Habisreitinger, a father of three who’s a control-room operator at Rain CII Carbon. The fear that his job may be moved elsewhere is constant but hits hard during every negotiation; if he and union members push too hard, it becomes a real risk.

China and other countries increased shipments of goods to the United States, often undercutting local companies that closed or moved production abroad. About 4.5 million manufacturing jobs have been lost in the country since the North American Free Trade Agreement came into force in 1994, for example.

There’s been little change felt here since Trump was elected in 2016. Tariffs could help a small sliver of industries, maybe even theirs, but hurt nearly everyone else.

Any NAFTA renegotiation, which could assuage some of these unionists’ concerns, feels further away than before.

Trump “said we’re gonna win so much, we’ll be tired of winning,” Habisreitinger said. “Well, I’m not there. Far from it.”

With assistance from Dave Merrill.