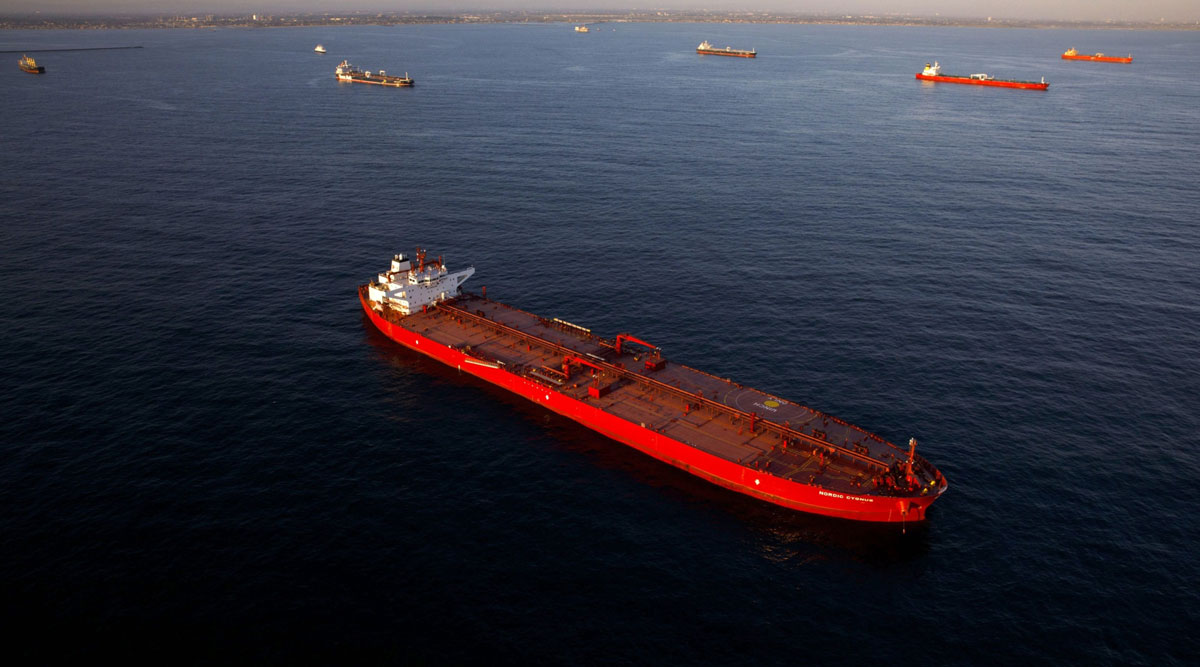 Oil tankers are seen off the coast of California on May 1. (Patrick T. Fallon/Bloomberg News)

Saudi Arabia seems to have made good on its promise to cut oil production by a record amount in June.

Observed Saudi crude exports for this month fell to 5.7 million barrels a day through June 29, the lowest since Bloomberg began tracking the flows at the start of 2017. That compares with 6.2 million a day in May. It’s a reduction equivalent to more than seven full supertankers over the course of the month.

As the coronavirus ravages the global economy and saps energy demand, the Saudis are leading a push among major oil producers to cut supplies. State company Saudi Aramco agreed to cap output at 8.5 million barrels a day from May-July as part of an OPEC+ agreement to boost prices. The kingdom then went a step further, pledging to pump 1 million barrels daily less than that in June.

While changes in exports and overall production aren’t perfectly correlated, those curbs are showing up in the kingdom’s shipments to the world’s biggest economies. Flows to China, usually the largest purchaser, are down by about 45% on a monthly basis in June to 1.1 million barrels a day. 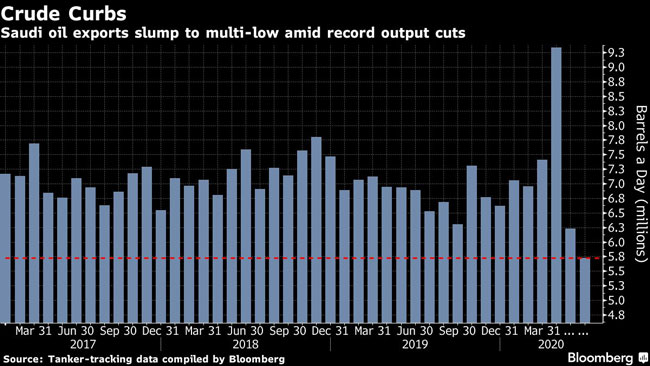 A recent flood of Saudi oil to the U.S. has dropped sharply. Flows in June have shriveled to 224,000 barrels a day, compared with almost 1.3 million in April, a three-year high. Only three supertankers and a smaller vessel were observed carrying Saudi crude to the U.S. in June, though more may emerge as some cargoes update their final destinations.

Tankers hauling a combined 17 million barrels of oil from the kingdom this month haven’t yet indicated their ultimate port of call. It takes a ship roughly six weeks to sail from Saudi Arabia to the U.S. and about three weeks to China. Any vessel leaving for America now would arrive in the first half of August.

The volume of oil from Saudi Arabia has swung wildly in the past few months, in part due to the lingering effects of the kingdom’s price war with Russia earlier in the year. Aramco slashed its official selling prices for oil in April and May, before raising them for this month, after the Organization of Petroleum Exporting Countries and its partners agreed to limit output.

One example of the whipsaw in Saudi flows is India, the closest major market. Riyadh’s crude exports to India soared to more than a million barrels a day in April, when prices were at historic lows. Cargoes then fell by almost 50% in May. Shipments are set to increase this month, though not by as much as expected in an analysis of Saudi oil flows in mid-June.