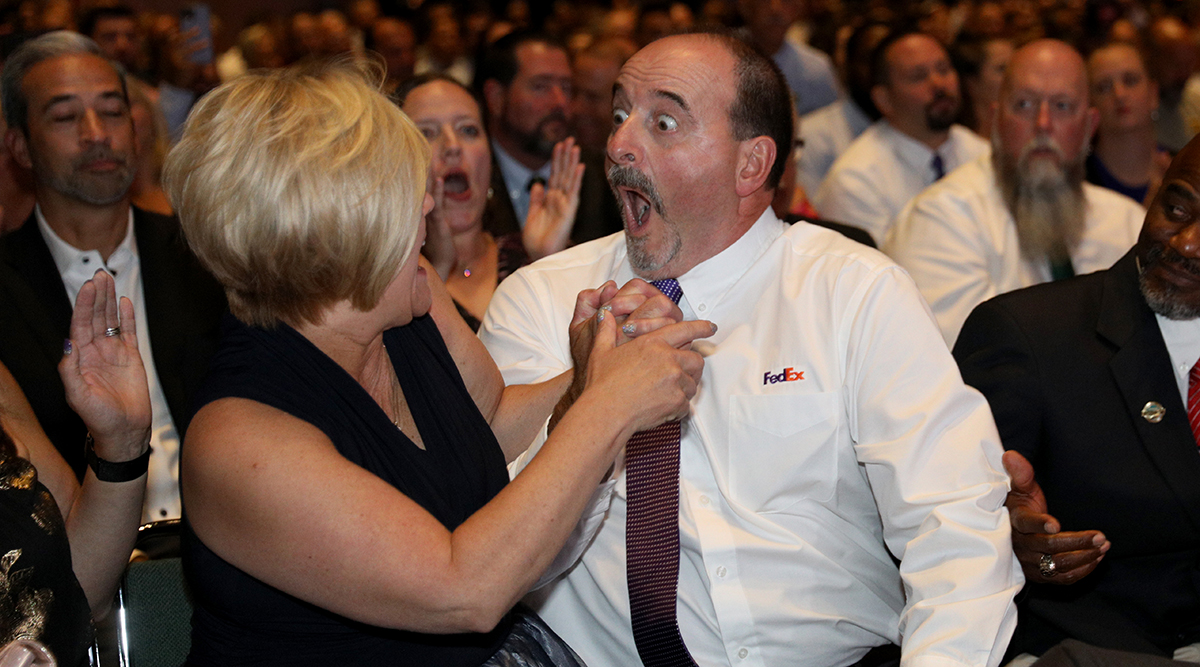 INDIANAPOLIS — For the second time in his career, Roland Bolduc is the grand champion at the National Truck Driving Championships.

Competing in the sleeper berth category, Bolduc credited a masterful performance in the tournament’s final round to cement his place as best-in-show. Bolduc, who also took home grand champion honors in 2017, surpassed three former national champions as well as other skilled and talented colleagues in the finals.

“I feel fantastic,” he told Transport Topics soon after collecting his grand champion trophy on Aug. 19. “I’m just almost overwhelmed with emotion. It’s unbelievable. I never thought this was mine. I was looking at other drivers and expecting them to be winning this award. So, it was just, such a shock, such a shock.”

A resident of East Longmeadow, Mass., Bolduc has more than 2.5 million safe driving miles in his more than 40-year career. He was named an America’s Road Team Captain in 2000.

Reflecting on where this latest accolade would rank on his impressive resume, he opined: “It’s right there. It’s right there; number one. I have 2017 as grand champ, and now 2022.”

Earlier in the day, after competing in the final round of 45 drivers, Bolduc had expressed confidence about his performance: “It’s another one for the record books, you know. For my own record books, to try to get up to the head table again.” 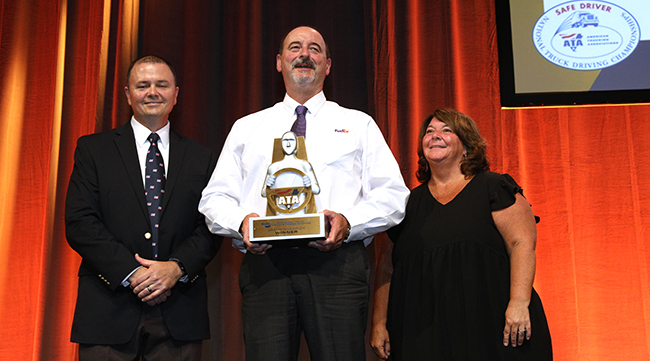 Bolduc conducts his skills driving test during the Aug. 19 finals that paved the way for his victory. (John Sommers II for Transport Topics)

To prepare for nationals, Bolduc set up a training area back home that he named the Rodeo Research and Development Facility, or RRDF. He also developed a five-step plan for winning at trucking tournaments. That methodology consists of studying, repetitiveness, difficulty, focusing and learning. Long hours devoted to his training at the RRDF for the state competition (he won Connecticut’s top prize this year) and national competition paid off. And, as he explained, he competes against the course and not the other drivers.

“The drivers are not against each other,” he told TT. “We’re against the course. So our problems are on the course. It’s not with each other.”

This marked the event’s return after a two-year hiatus due to the pandemic. Bolduc took time to appreciate the moment: “The number one thing that strikes me the most [is] seeing my NTDC family again. This family reunion is all I dream of.”

“Congratulations to Roland and the great team at FedEx for being crowned Bendix Grand Champion,” American Trucking Associations President Chris Spear said. “It has been a long road for these drivers to get here, and to emerge as the best of a truly elite group is a tremendous honor. Roland’s commitment to safety and professionalism is an example of what this industry and this event are truly about.”

Bolduc was not alone in winning big at NTDC. Top performers in other classes were New Jersey’s Wilbert Vano of XPO Logistics in the 3-axle, New York’s Martin McMahon of RIST Transport in the 4-axle, Florida’s David Guinn of Publix Super Markets in the 5-axle, Arizona’s Eric Ramsdell of Walmart in the flatbed, New Mexico’s Christopher Shaw of FedEx Express in the straight truck, Colorado’s Michael Flippin of FedEx Freight in the tanker truck and Louisiana’s Damien Hebert of XPO Logistics in the twin trailers.

PHOTO GALLERY OF CHAMPIONS: Every winner, every one of 45 finalists.

Robin Hutcheson, deputy administrator at the Federal Motor Carrier Safety Administration, was at the event. “I am really impressed and blown away by the drivers here. I learn from them every time I talk to them,” she told TT on Aug. 19. “Overall, the more that I can connect with the people who actually do the jobs, the better we understand our work. And it’s been an absolutely educational, eye-opening, exciting, very, very inspiring couple of days.”

“We are all here for safety,” she continued, “and that’s so clear to all of us. And it is a celebration of safety, of the inspectors that are out there boots on the ground every day. And the drivers that keep America moving. It’s really a big celebration here today. And it’s been such a pleasure to be a part of it.”