Almost $12 Billion IPO Is the Biggest Globally This Year 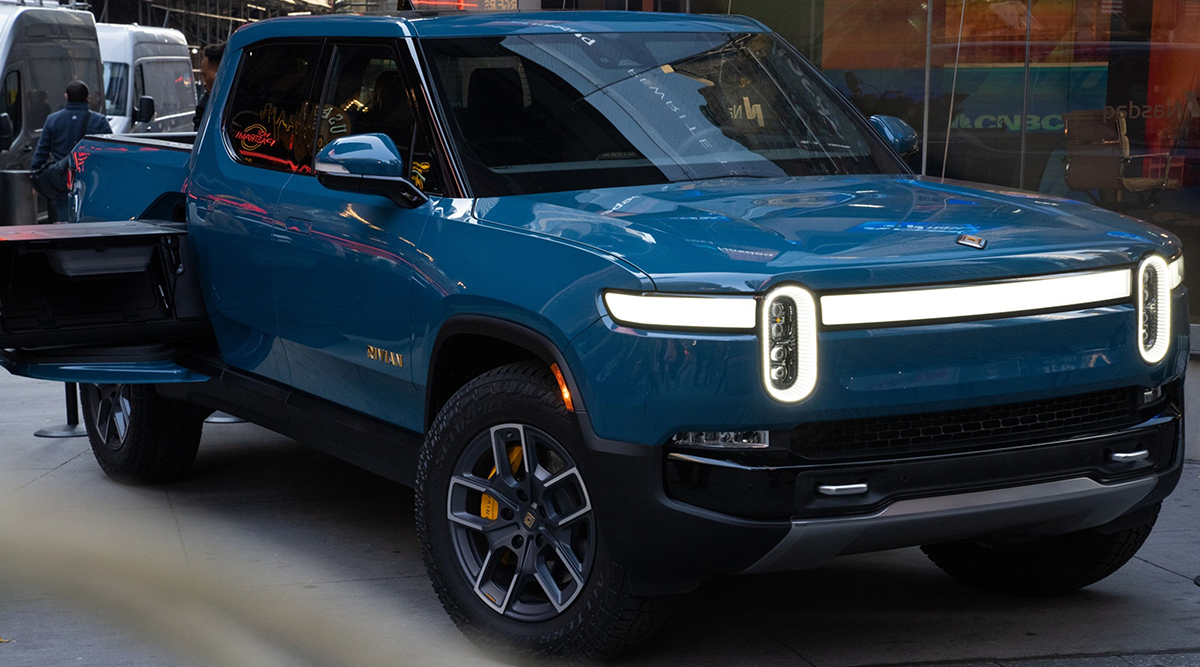 That puts the electric truck maker on par with General Motors Co. and makes it more valuable than Ford Motor Co., one of its top investors, as well as EV rival Lucid Group Inc. On a fully diluted basis, including options and restricted stock units, the Irvine, Calif.-based company is valued at about $98 billion.

That compares with Rivian’s valuation of $27.6 billion after a $2.65 billion funding round in January, Bloomberg News previously reported.

Backed by deep-pocketed companies such as Amazon.com Inc. and Ford, Rivian sold 153 million shares Nov. 9 for $78 each after marketing 135 million for $72 to $74, a range it had earlier elevated from $57 to $62. The company’s almost $12 billion IPO is the biggest globally this year, and the sixth-largest ever on a U.S. exchange, according to data compiled by Bloomberg.

Rivian is looking to make a dent in the electric vehicle industry led by Tesla Inc., which has a market value of almost $1.1 trillion after its shares have gained 52% this year.

R.J. Scaringe, Rivian’s founder and chief executive officer, said in a Bloomberg TV interview Nov. 10 that the company’s biggest challenge is the “health of the supply chain” as it ramps up production amid parts shortages.

Mutual funds are also facing pressure to build positions in Rivian to mirror the index funds that will likely include it. Also, funds with ESG mandates are hunting for exposure to an EV maker other than Tesla.

“The Rivian IPO was a huge success, so people are reading this as bullish for the sector,” Craig Irwin of Roth Capital Partners said in an interview. “Institutions had to drive that valuation with a $12 billion cash haul.”

Rising fuel prices may have contributed to interest in Rivian’s shares. The price of gasoline has jumped 62% in the past year to $3.42 a gallon, according to the American Automobile Association.

“Oil prices have a direct impact on the economic payback period of EVs, influencing desirability and penetration,” Adam Jonas, an analyst for Morgan Stanley, wrote in a note this month. “The recent increase in oil prices significantly improves the payback math for EVs.”

Just a couple of months ago, Rivian delivered its first vehicles, mostly to its own employees. It will only produce about 1,200 units by year-end at its plant in Normal, Ill. The company, which lost almost $1 billion in the first half of the year, estimates that annual production will hit 150,000 vehicles at its main facility by late 2023.

—By Crystal Tse, Ed Ludlow and Keith Naughton. With assistance from Esha Dey.