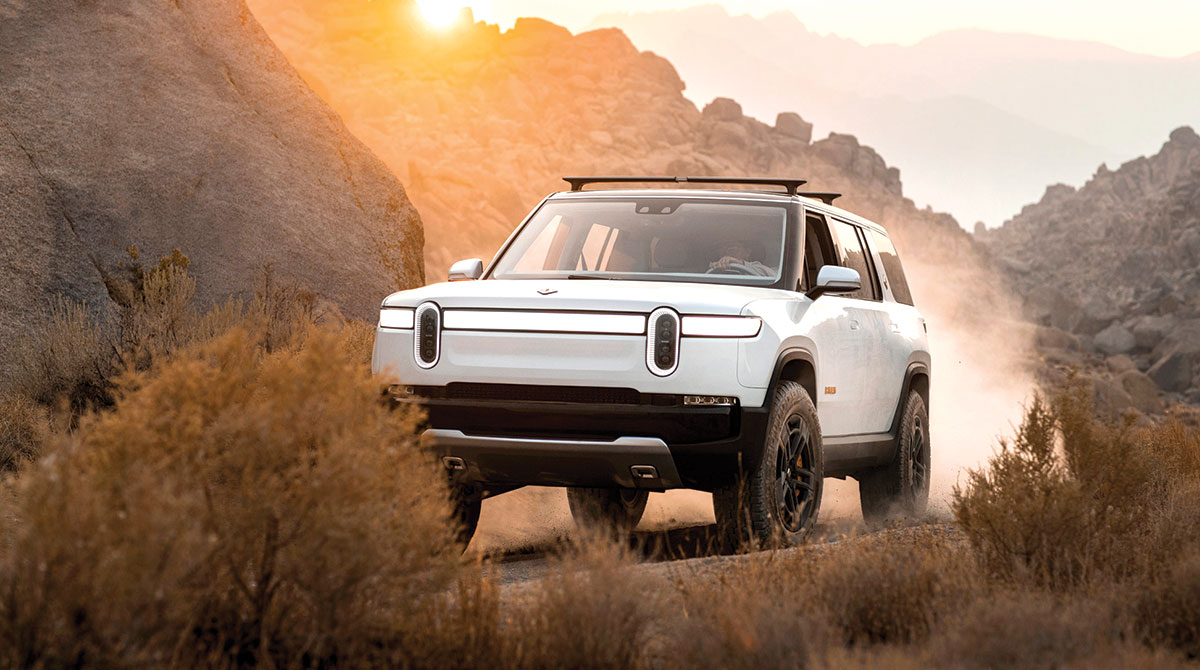 Even a breakthrough U.S. climate bill designed to encourage sales of electric cars has failed to revive investor interest in Rivian Automotive Inc., as the risk-hungry traders who catapulted its shares to dizzying heights last year shun companies for whom profitability is still years away.

In a year that has been tough for growth stocks of all colors and stripes — especially EV companies trying to make room for themselves in a still-nascent industry while competing with century-old automakers — Rivian’s misfortune still stands out. Among the sizable EV startups in the U.S., shares of the electric truck maker have fared the worst this year by a mile, down 64%.

Rivian, which counts Amazon.com Inc. and Ford Motor Co. among its largest shareholders, is paying the price for its landmark, $13.7 billion initial public offering in November.

The listing valued the money-losing company so highly — $153.3 billion at its peak, or more than 35 times estimated sales versus 5.1 times for the Russell 1000 Growth Index — that it was bound to suffer more than rivals once the Federal Reserve started raising interest rates and investors fled riskier stocks.

“More speculative investments — like EVs — may struggle as the Fed continues to withdraw liquidity from the market,” said Wiley Angell, chief investment officer at Ziegler Capital Management. “Though the current administration’s push for EVs may support sales on the margin, Rivian’s earnings are still expected to be negative for the next five years.”

Rivian is due to report quarterly results after the market closes Aug. 11 for the fourth time since its IPO. Shares of the Irvine, Calif.-based company have fallen in the aftermath of two of the three previous reports, according to Bloomberg data.

Risks to the group are many — EVs are still far from mainstream and also more expensive than gas-fueled cars, and a surge in the battery raw materials means their prices will continue to rise before technology improves further and brings the costs down. To make matters worse, the stubborn supply chain crisis that has plagued the automotive industry is even harder to navigate for startups.

Meanwhile, Rivian in early July reaffirmed its production forecast for the full year, sparking a surge in the stock. That means the company’s ability to maneuver the supply woes better than its peers is already built into the stock price, and may not be enough to provide a further meaningful lift to the shares, Redburn analyst Charles Coldicott said.

Rivian probably will hit its full-year target, he said, adding that the most important thing for the company right now is the production ramp-up.

And then there is the change of sentiment in the stock market, where the specter of a recession has turned investors risk-averse.

“The market is clearly less forgiving of problems that delay the point at which these businesses become self-funding, because there is no longer a backdrop where equity markets are willing to write loss-making companies a blank check,” Coldicott added.

It brings the focus on Rivian’s one key advantage over its peer Lucid — its big cash pile. The company had $16.4 billion in cash and equivalents at the end of the first quarter, compared to Lucid’s $5.4 billion around the same time.

“For Rivian’s quarter, key will be cash burn,” said Ivana Delevska, chief investment officer at SPEAR Invest. “They have a good product, but it was a lot easier to underwrite an investment when the stock was in the low $20s, trading close to the cash on the balance sheet than here in the mid $30s.”

Rivian Tumbles After Report of Ford Share Sale at a Discount