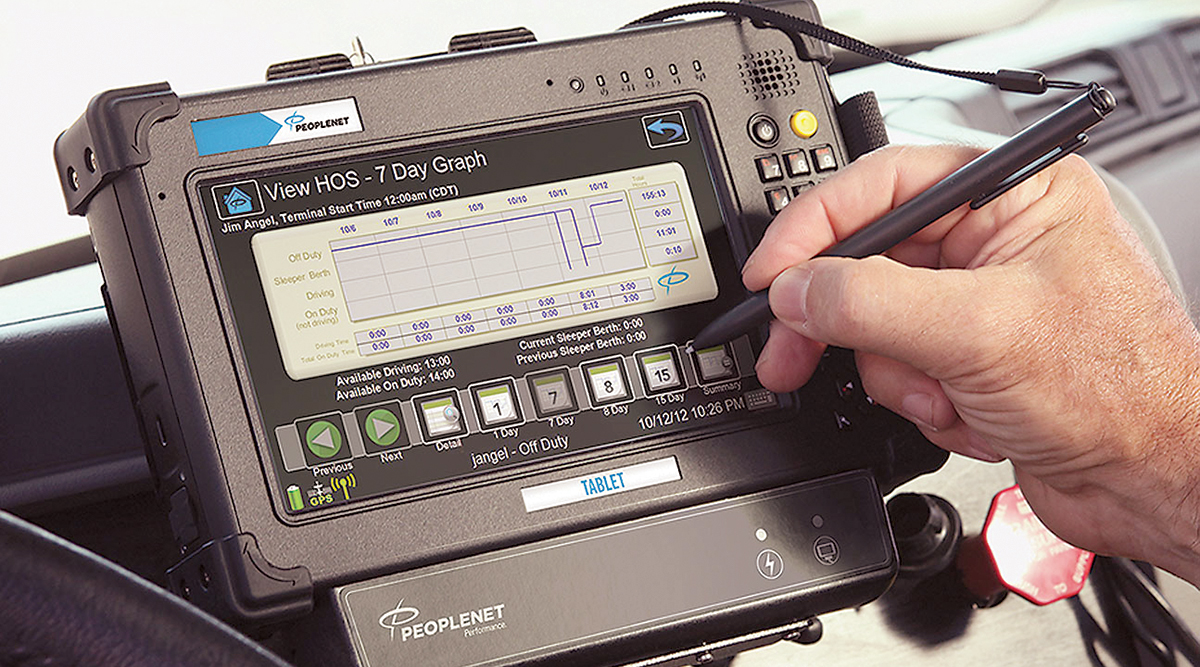 Prior to the updated guidance, carriers using AOBRDs before the Dec. 18, 2017 mandate could transfer those devices to replacement trucks, but had to install ELDs in any new trucks that represented an expansion of the fleet.

Now, in a revision of its previous stance, FMCSA said that fleets using AOBRDs prior to the mandate can continue to use AOBRD software on any truck in their fleets, including new trucks that expand the size of their fleets.

However, existing trucks with AOBRDs and those trucks added to the fleet would still be required to have ELD-compliant hardware after the end of the 2019 grandfather period.

It doesn’t matter if today a fleet has 200 trucks and tomorrow they have 210. Before this guidance was given, those 10 additional trucks would have to run ELDs. Now, by the new guidance in the FAQs that FMCSA put out, those 10 trucks — so long as it is ELD-capable hardware — those trucks can run AOBRD software.

The new guidance was posted March 9 to the FMCSA website as a “frequently asked question.” It affords greater flexibility during the grandfather period for fleets that have adopted AOBRDs, industry executives said.

“Over the past several months as part of this whole transition period, we’ve had ongoing discussions with a lot of motor carriers and a lot of vendors, and a lot of questions have come up about exactly how this grandfather period was supposed to work,” Joseph DeLorenzo, director of FMCSA’s Office of Compliance and Enforcement, said during a March 13 telephone news conference. “Because the agency allows AOBRDs to be used until December 2019, they also have available that time to continue to run the AOBRD software as they worked through the transition.”

“The net effect is that it appears like it’s going to allow them to make the transition quicker and keep their operations running smoother,” DeLorenzo added.

The new post on the FMCSA website revising the prior guidance asks: “May a motor carrier that installed and required its drivers to use an AOBRD before Dec. 18, 2017, install and use a new ELD-capable device that runs compliant AOBRD software after that date?”

“What this allows for is any fleet that installed and required its drivers to use AOBRDs before the electronic logging device mandate date in December [2017] allows them to continue to install ELD-compliant hardware but run AOBRD software,” said Bryan Coyne, an executive vice president for software provider PeopleNet. “This is actually guidance that provides for a smooth transition to ELDs from AOBRD for fleets that were already using AOBRDs.”

Coyne added, “It doesn’t matter if today a fleet has 200 trucks and tomorrow they have 210. Before this guidance was given, those 10 additional trucks would have to run ELDs. Now, by the new guidance in the FAQs that FMCSA put out, those 10 trucks — so long as it is ELD-capable hardware — those trucks can run AOBRD software.”

“The FMCSA did a great job throughout this process of listening to both fleets and providers, and all the while making sure that in any guidance they give the prominence of safer roads would always prevail,” Coyne said.

Tom Cuthbertson, vice president of regulatory affairs for Omnitracs, noted that pressure from carriers regarding adding new trucks likely contributed to the revision.

“As public record in the Federal Register, there were at least three other requests to provide the flexibility of the grandfather clause from the FAQs that were published,” he told Transport Topics via e-mail. “One key item was fleet expansion that this guidance addresses. I would think those filings contributed to this, [but] I have not seen any formal discussions.”

Prior to the change, Collin Mooney, executive director of the Commercial Vehicle Safety Alliance, had expressed a concern that fleets running AORBDs under exemptions could mean that carriers expanding fleets would be operating with a mixed fleet of both ELDs and AOBRDs. If that occurred, those fleets with exemptions could have a competitive advantage and create confusion for law enforcement, he said.

“Every exception and change to regulations requires additional training for inspectors, resulting in the potential for a higher level of confusion surrounding the applicability of the regulations,” Mooney wrote in a March 2 comment letter to the agency. “More confusion will ultimately lead to less enforcement on our highways.”

“I’m pleased that they leveled the playing field,” Mooney told Transport Topics in a March 12 interview following the posting of the new guidance. “I didn’t see any other reasonable approach to it, other than to do it industry-wide.”

Daren Hansen, J.J. Keller’s senior editor for transportation safety, said having to run a mixed fleet of ELDs and AOBRD’s would be a “nightmare in terms of administration of the back-end software running everything.”

“It would be a big benefit to somebody who didn’t want to switch their fleet over to ELDs,” Hansen said.

Driving Your Fleet Towards Idle Reduction