Revenues Rise in 3Q for 3PLs as Shipments Jump

The third quarter saw a rise in freight shipments and revenues for logistics brokers compared with the same period a year ago, but profit margins fell 40 basis points due to cost increases in the spot market for trucks, according to the Transportation Intermediaries Association’s quarterly 3PL Market Report.

Total shipments rose to 1.4 million from nearly 1.3 million a year ago, while revenues climbed to $2.6 billion from $2.2 billion. The spot market sent margins down to 15.5% in the third quarter from 15.9% a year ago. Another cost challenge was the nearly 10% rise in fuel costs.

The three primary modes of shipment — truckload, less-than-truckload, and intermodal — saw increases in shipments in the quarter, with truckload volumes rising 11.7%, LTL up 15.8% and intermodal growing 4.4%. These modes account for 97% of 3PL shipment activity covered by the TIA report. Truckload has a 68% market share of shipments, intermodal 19% and LTL 10%.

Truckload total shipments set a record with 974,450 shipments in the quarter. But an index that tracks the number of trucks available to move the freight in the marketplace fell 29% from 111.6 to 79.3 during that time, according to TIA.

“Our revenues shot up 28% from the second quarter to the third, and we saw an increase in [invoice amount] per load,” said Jim Becker, president of Becker Logistics. The Glendale Heights, Ill.-based 3PL recently purchased Savage Logistics, the freight brokerage division of Savage Cos.

Becker saw a 50-basis-point drop in profit margins as the company paid more on the spot market for trucks, but it was able to pass on much of the increase to its customers.

“That sharp surge [in shipments] in the quarter means [spot] rates go up,” said Mark Christos, vice president of the TIA transportation group. “Both demand and transportation costs have been increasing. That leads to margin compression.”

Truckload segments when categorized by company size all saw their profit margins decline, with small companies (less than $16 million in revenue) seeing a 60-basis-point drop in margins to 16.5%, and large firms (more than $100 million) recording a 10-basis-point drop to a 14.4% margin. 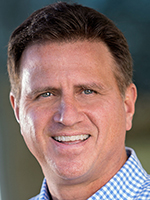 Margins at Sparks, Nev.-based ITS Logistics were about the same as in the third quarter of 2016, but revenues-per-load rose 24% due in part to its ability to pass costs on to customers, CEO Greg Sanders said. The company’s brokerage division, ITS National, ranks No. 59 on the Transport Topics list of Top Freight Brokerage Firms in North America. Sanders said the firm gets about 40% of its trucks on a contract basis, and that reduces its exposure to the fluctuating spot market.

Sanders noted that while rising volumes and tight capacity historically have helped 3PLs compete with asset-based carriers, the technological advantage carriers once enjoyed is eroding.

For instance, logistics firms have long been unable to match the satellite-based track and trace capabilities that carriers use to monitor all their trucks as they moved, he said. That service was too costly for the generally smaller 3PL community, but it gave carriers the ability to help their shipper clients sleep easy at night.

“Now, some 3PL firms are using smartphone-based tracking tools on their trucks. So now we have the same capabilities as asset-based firms,” Sanders said. “If we bring a competitive price and we are more flexible, we can compete with them.”

Midsize truckload firms ($16 million to $100 million) saw the worst of the compression, with margins plummeting 200 basis points to 15%. These firms saw a 7.4% decline in total loads, and profit per load rising only 1.7%, TIA reported.

The LTL segment bucked the field with improvements in invoice amount per load rising 5.4% and total revenues growing over 22%, sending profit margins up 80 basis points to 20.7%, compared with the third quarter of 2016. There were 140,177 total loads for the LTL segment in this year’s third quarter.