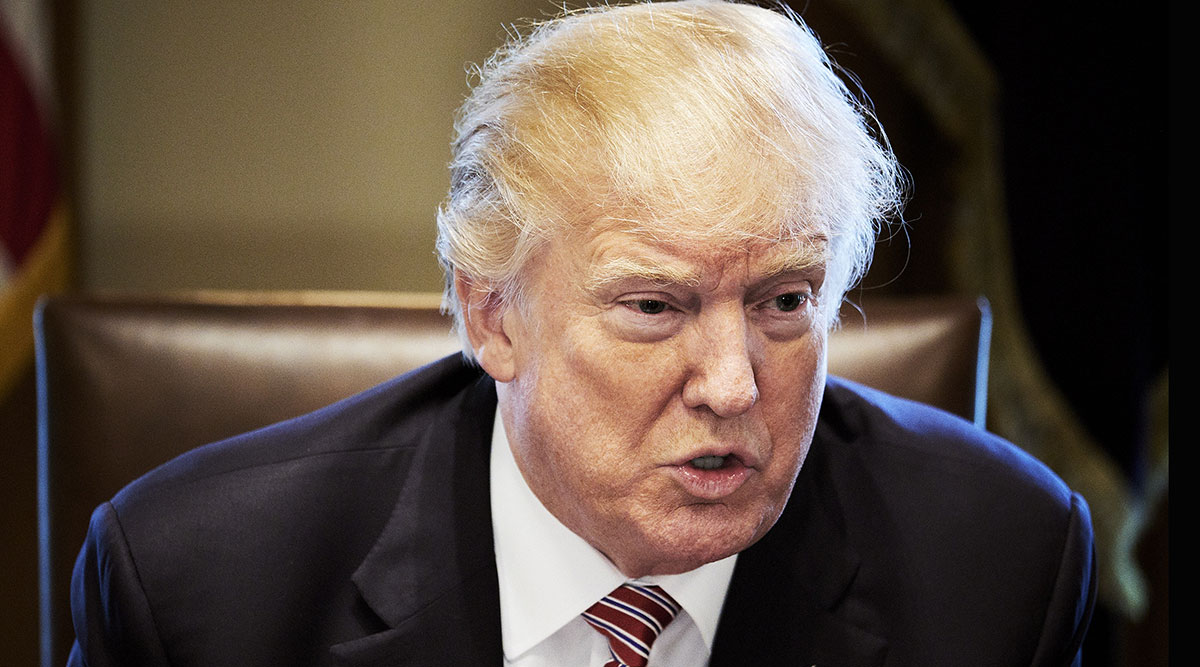 Carper, the top Democrat on the Senate Environment and Public Works Committee, said he was surprised that Trump raised the idea of the fuel tax increase several times during a meeting with a dozen Republican and Democratic lawmakers from key House and Senate committees.

“While there are a number of issues on which President Trump and I disagree, today, we agreed that things worth having are worth paying for,” Carper said in a statement. “The president even offered to help provide the leadership necessary so that we could do something that has proven difficult in the past.”

Oregon Rep. Peter DeFazio of Oregon, the top Democrat on the House Transportation and Infrastructure Committee, who also attended the meeting, said the president told lawmakers he also would be willing to increase the amount of federal spending beyond the $200 billion over 10 years that the administration is seeking for its infrastructure program.

Trump previously has said he would consider raising the federal gasoline tax, which hasn’t been increased since 1993. Axios reported earlier that Trump endorsed a 25-cent increase during the meeting.

White House officials declined to comment on Trump’s discussions in the closed-door meeting but said that all options were on the table to meet the main objectives of the president’s plan.

"The president made a living building things, and he realizes that to build things takes money, takes investment,” DeFazio said.

Pennsylvania Rep. Bill Shuster, the chairman of the House Transportation and Infrastructure Committee, has encouraged his Republican colleagues to consider raising the gas tax as a way to keep the Highway Trust Fund — which finances road, bridge and transit projects — solvent after 2021. He said there was discussion during the meeting about funding.

“He understands that we’ve got to figure out the funding levels and where the money’s coming from, make sure it’s not smoke and mirrors,” Shuster said of the president.

Groups including the U.S. Chamber of Commerce and American Trucking Associations support the idea of increasing the gas tax as the most efficient and easiest way to generate more money for projects, and the White House has been neutral.

“We support the president’s big and bold vision for strengthening American infrastructure," said ATA President Chris Spear. "Because it is a user fee, the fuel tax is the most conservative, cost-effective and viable solution to making that vision a reality. Ninety-nine cents of every dollar goes directly to road and bridge maintenance, and it doesn’t add a penny to the deficit. There’s a reason why Ronald Reagan twice signed this idea into law.”

But key Republican leaders have already rejected the idea and other entities, including the political network led by billionaire industrialists Charles and David Koch, are also opposed. Some critics say the tax is regressive because lower-income people pay a larger share of their income on the levy.

Revenue from the federal per-gallon taxes of 18.4 cents on gasoline and 24.4 cents on diesel has declined as the average fuel economy of a passenger vehicle increased.

Trump’s infrastructure plan seeks to revamp how projects are approved and funded by reducing permitting time to two years and allocating $200 billion over 10 years — mostly as incentives to spur states, localities and the private sector to spend at least $1.3 trillion. The administration released its 53-page plan Feb. 12 as a blueprint for Congress to draft legislation.