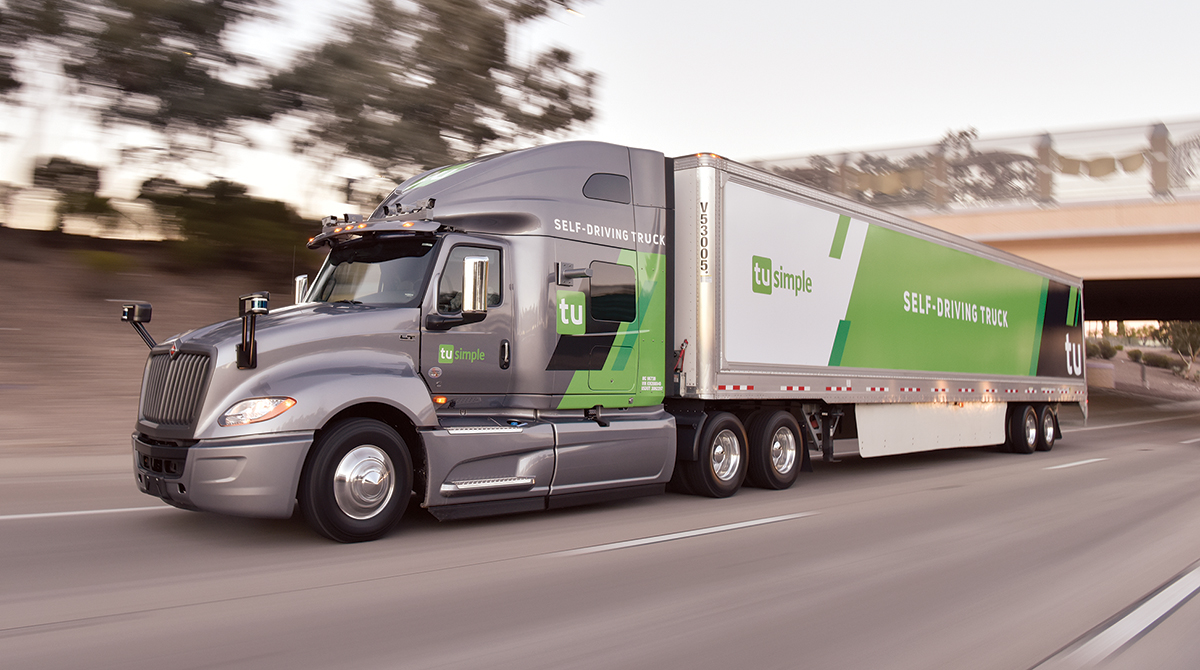 TuSimple is among the companies researching and testing autonomous technology.

House Republican policymakers aim to update the country’s rules pertaining to self-driving vehicles as the current session of Congress comes to a close.

The introduction of the Safely Ensuring Lives Future Deployment and Research in Vehicle Evolution, or SELF DRIVE, Act, by Rep. Bob Latta (R-Ohio), aims to enhance the National Highway Traffic Safety Administration’s overview of autonomous vehicles. Doing so would potentially ensure the technology’s efficient development, testing and deployment, the measure’s proponents argue.

“There is a clear global race to [autonomous vehicles], and for the U.S. to win that race Congress must act to create a national framework that provides developers certainty and a clear path to deployment. From increasing mobility for seniors and self-sufficiency for those with disabilities to providing contactless deliveries during the COVID-19 pandemic, [autonomous vehicles] have limitless potential to drastically improve the lives of Americans. We cannot allow the U.S. to be outpaced, and this effort strikes a critical balance of ensuring safe development and deployment of [autonomous vehicles] while keeping the U.S. at the forefront,” Latta and Rep. Greg Walden (R-Ore.), ranking member of the Energy and Commerce Committee, said in a joint statement Sept. 23.

From increasing mobility & self-sufficiency for seniors & those w/disabilities, to providing contactless deliveries, AVs have limitless potential to drastically improve lives.

We must create a federal framework for AVs. If we don’t write the rules of the road, China will. https://t.co/EjOh73Za4M

Lacking significant bipartisan support, the measure is expected not to reach the floor of the House of Representatives. The policy matter likely will be among the key transportation themes before the next session of Congress when it convenes in January.

“Unsurprisingly, House Democrats have yet again put politics over progress,” the two Republicans added. “Last Congress, every single Republican and Democrat on our great committee supported [autonomous vehicle] legislation, which the House then passed unanimously. Unfortunately, while Republicans have repeatedly tried to come to the table this Congress, Democrats have continued to put the monetary interests of the trial bar ahead of the American people. There is no reason we could not have found a bipartisan compromise that advances U.S. leadership and improves roadway safety. We hope this bill can move through the legislative process, because if we don’t write the rules of the road when it comes to [autonomous vehicles], China will.”

Last month, Walden expressed disappointment after the Energy and Commerce Committee wrapped up the bulk of its legislative agenda without finalizing autonomous vehicles legislation. The current session of Congress concludes near the end of the year.

On the Senate side, policymakers have not advanced autonomous vehicle bills. Sen. Gary Peters (D-Mich.), emphasized the technology’s potential benefits, such as expanding access to the elderly and persons with disabilities.

“It’s clear we’re very closely aligned on all of these issues, and hopefully we’ll be able to get some very important legislation across the line as quickly as possible,” Peters said last year. “This is without question probably the most transformative technology in the auto industry since the first car came off of the assembly line.”

In the previous congressional session, an autonomous vehicle policy measure advanced in the House but came up short in the Senate.