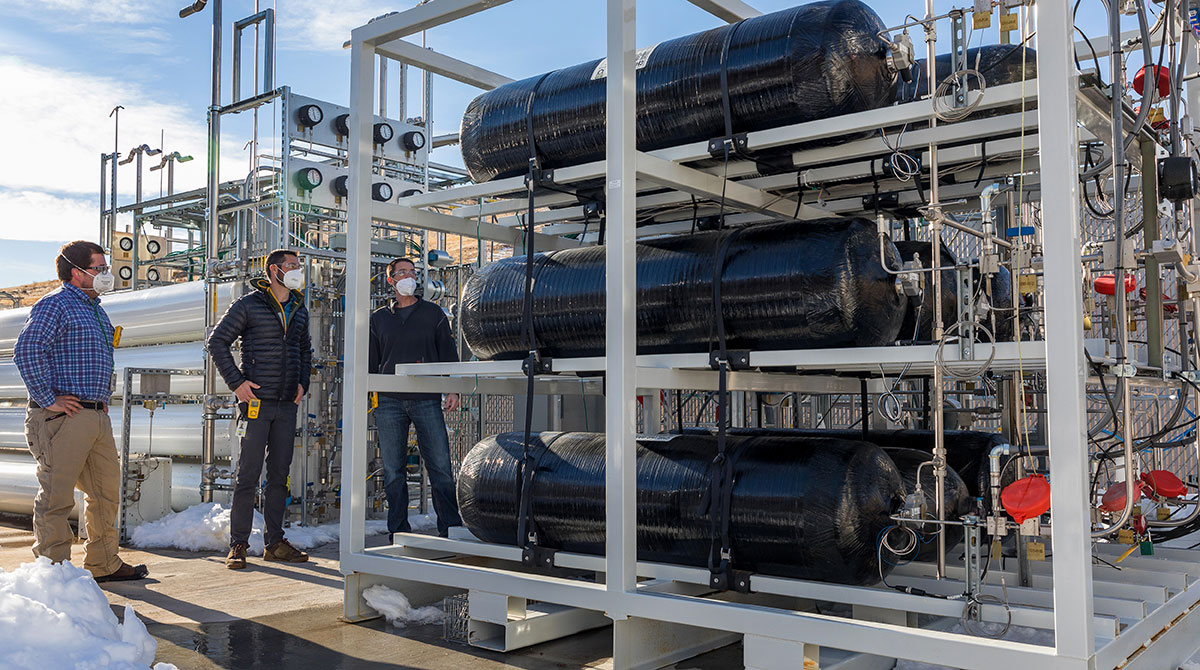 Federal researchers hope in July to reach a key milestone to refuel heavy-duty fuel-cell hydrogen trucks in 10 minutes, paving the way to prototype hardware and protocols for fueling stations.

Shaun Onorato, project lead at the National Renewable Energy Laboratory’s (NREL) hydrogen infrastructure program for heavy trucks, described to Transport Topics important steps being taken at the U.S. Department of Energy to make this cutting-edge technology evolve from the drawing board into a reality.

“It’s really cool to be part of how this industry is going to be perhaps shaped and sort of see the first sets of all these brand-new components and protocols,” Onorato said. “I kind of equate it to when the automobile first came out, people were trying to figure out how to fuel cars and with what rates and components. It’s really neat to be on that side of things where this is just completely brand-new territory.” 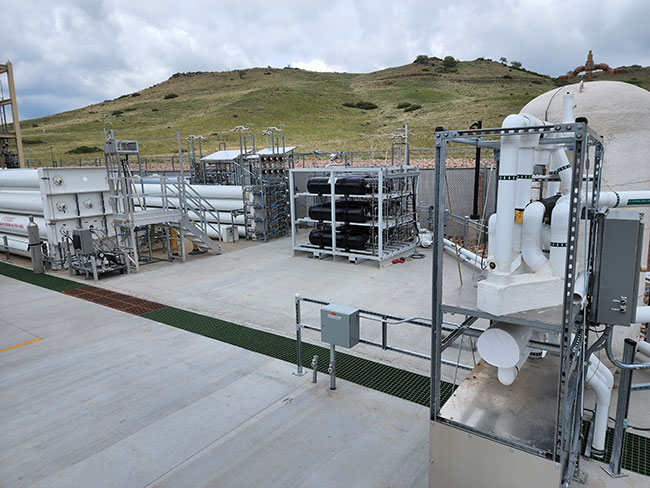 He has been working with NREL’s heavy-duty hydrogen fueling station — the world’s first — that was created to be highly configurable to enable a greater variety of research tests.

“Currently nothing exists in this realm for this type of fueling. NASA does things like extremely high-mass transfer rates of liquid hydrogen, but this is completely new territory for the fuel-cell electric truck market,” he noted, adding that hydrogen-fueled trucks in operation today are for light duty and use that type of refueling hardware.

“Some manufacturers use one nozzle or two to fuel the trucks. Everything is based now on light-duty. This work will enable the creation of a whole new set of components and protocols,” Onorato said.

Light-duty fuel-cell vehicles have a 5-minute fueling rate for filling 4 to 6 kilograms (or 8.8 pounds to 13.2) of onboard storage of hydrogen at about 1 kilogram per minute, he said.

But heavy-duty trucks have a higher threshold to meet based on current diesel fueling rates for Class A vehicles and a DOE goal to meet.

“We’re taking a huge advancement and saying we’re going to refuel at 10 times that rate to meet this 10-minute metric of 100 kilograms of onboard storage,” Onorato explained. “We’ve done that intermediate milestone in April, and we’re working toward the final milestone to be able to attempt a 60- to 80-kilogram fill in early July.”

At that 10-minute rate, Class A fuel-cell trucks would have enough hydrogen fuel stored to travel within a 700- to 1,000-mile range.

He participated recently in an NREL packaging study to look at where required hydrogen fuel storage tanks could be placed in existing models of heavy trucks to meet required driving ranges.

“The volume of the tanks is significant, but if you’re removing a lot of the legacy off of a heavy-duty truck, you have a lot more space to put things. You don’t have your diesel tanks. The large engine, you’re replacing it with a fuel cell [stack],” he said.

In terms of weight, he conceded that a fuel-cell heavy truck would weigh “a little bit” more than a diesel one, but a battery-electric one would weigh much more than either of those. 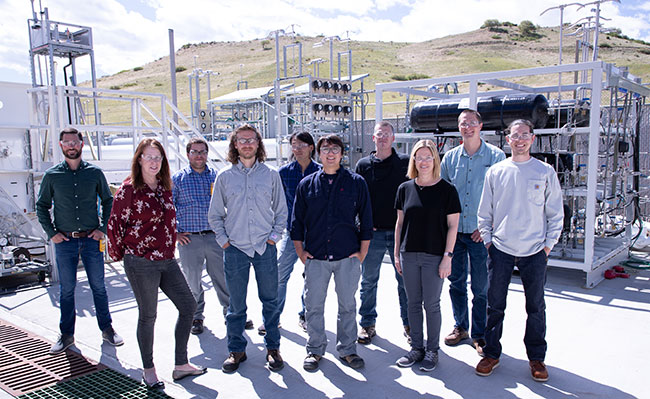 “As we demonstrate this is possible, we are going to a realm where we investigate fueling protocols and hardware design for refueling trucks at these rates. That includes nozzles, hoses, breakaways, dispensers, flow-control valves, a lot of hardware,” Onorato predicted.

He said truck manufacturers are involved in different phases of light-duty-based hydrogen truck demonstrations, while NREL has various DOE-sponsored projects, some of which partner with vehicle makers and international heavy-duty fuel-cell truck stakeholders.

“The trucking industry is very excited about this work. We are getting a ton of interest. A lot of those manufacturers are directly involved in developing the protocols and the hardware,” he said. “In terms of the trucking companies, they are most interested because the maintenance is really low on these vehicles. You get rid of a lot of the troublesome components like transmissions and engines, and you replace them with very low-maintenance reliable electric motors and control electronics.”

Describing other advantages to fuel-cell heavy-duty trucks, Onorato said electric vehicles have instantaneous torque that provides power quickly and are not impacted by altitude.

“When you get the trucks going over high mountain passes, they are really bogged down because of the thin atmosphere in some of the high mountain passes like in Colorado,” he said. “Battery-electric and fuel cell-electric vehicles wouldn’t struggle with that. Electric motors would be able to easily power those vehicles up those steep grades. So that is something to consider for trucking.”