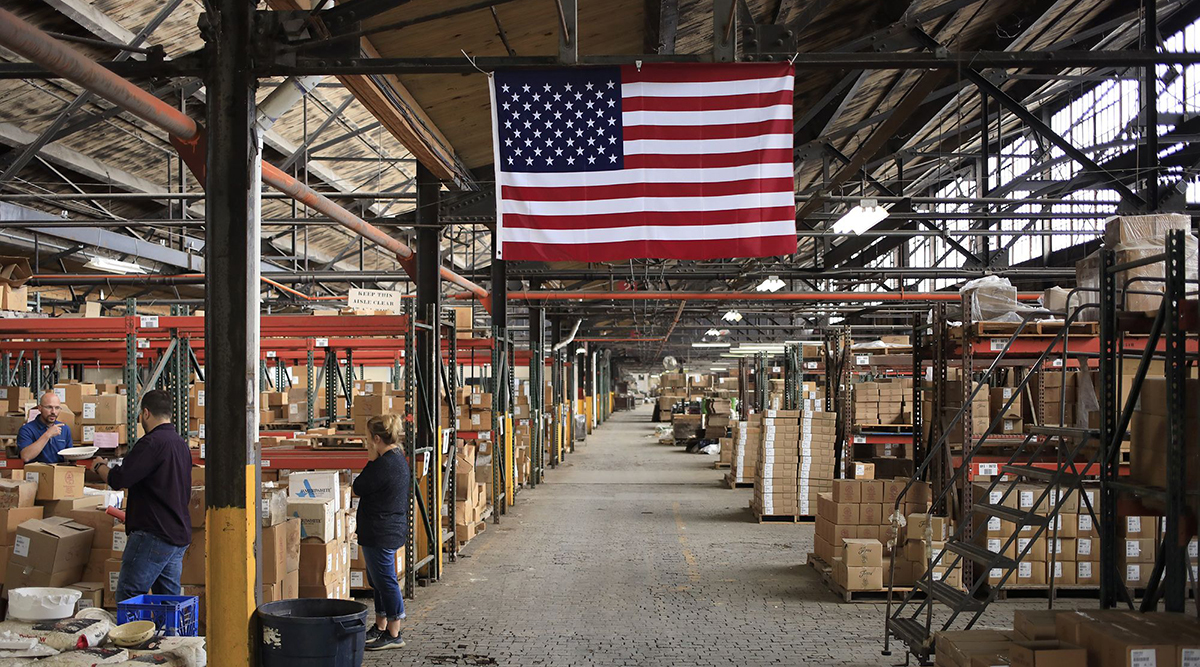 U.S. producer prices dropped in December by the most since the start of the pandemic, extending a monthslong pullback in inflationary pressures and giving the Federal Reserve room to slow the pace of interest-rate hikes.

The producer price index for final demand fell 0.5% in December the most since April 2020, and was up 6.2% from a year earlier, Labor Department data showed Jan. 18. The median estimates in a Bloomberg survey of economists called for the index to fall 0.1% from a month earlier and rise 6.8% from December 2021.

The monthly decline was driven by a plunge in goods prices, notably energy and food. Excluding those components, the so-called core PPI rose 0.1% in December and 5.5% from a year earlier.

The data comes on the heels of consumer price data last week that also showed price pressures are abating. Supply and demand are moving more into balance as supply chains normalize and demand for goods cools globally.

That said, the Fed’s inflation fight is far from over. China’s reopening from strict COVID-19 protocols threatens to underpin commodities prices. The dollar has recently weakened, making U.S.-produced goods more competitive. And a tight labor market paired with resilient consumer demand for services could keep inflation stuck above the central bank’s target. 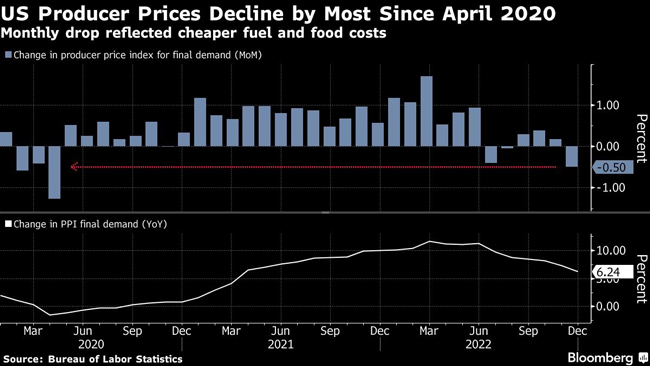 Other data put out Jan. 18 showed retail sales fell in December by more than forecast in a broad decline. Treasury yields fell and stock-index futures increased after the reports.

The PPI data showed food prices tumbled 1.2%, the most in two years. Final demand services edged up just 0.1%, the smallest gain since April. The modest advance largely reflected a surge in margins for fuel retailing.

Producer prices excluding food, energy, and trade services — which strips out the most volatile components of the index — increased a less-than-forecast 0.1% from the prior month and 4.6% from a year earlier.

Costs of processed goods for intermediate demand, which reflect prices earlier in the production pipeline, dropped 2.8% from the prior month — also the most since April 2020. Almost two-thirds of the decrease was due to a slump in diesel fuel costs.

Excluding food and energy, those prices dropped for a sixth straight month.

Separate data have also pointed to a sustained easing of cost pressures. The Institute for Supply Management gauge of prices paid for raw materials by manufacturers fell last month to the lowest level since April 2020. And the New York Fed’s measure of prices paid by factories in the state slid sharply in January to a more than two-year low.

Productivity Increases by the Most in More Than a Year