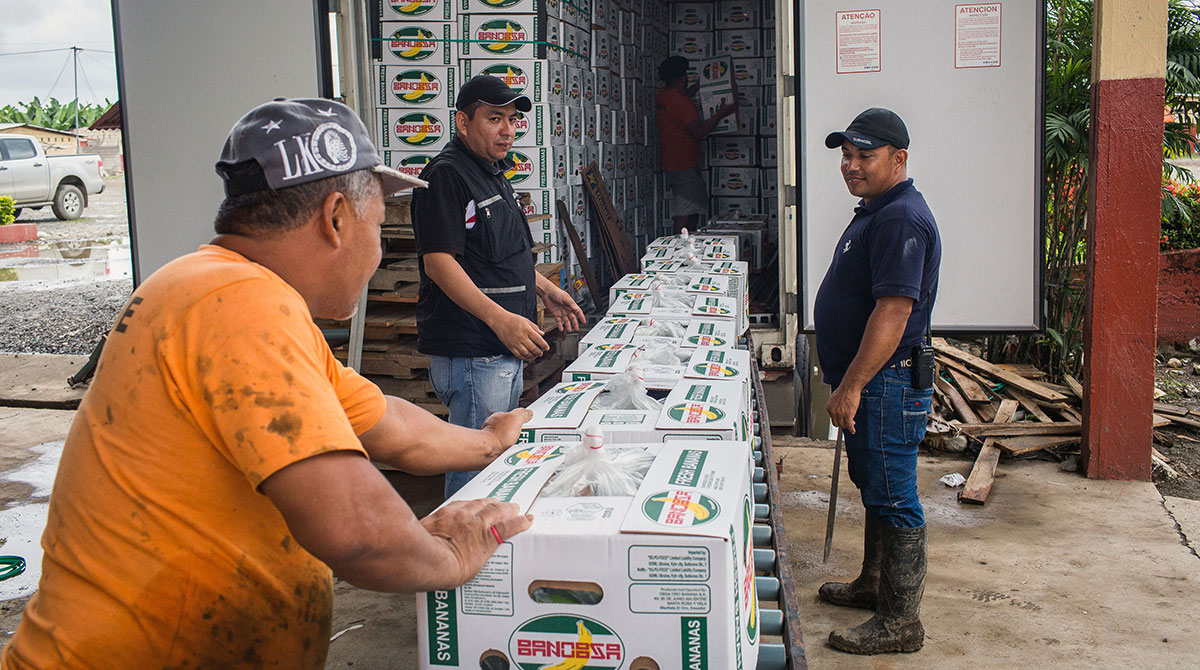 Spring traditionally begins the produce season in the United States, with Florida shipping the vegetables it grew during the winter months and California loading up its vast bounty of vegetables, fruits and nuts to be trucked across the nation.

In recent years, a more sophisticated supply chain has led to the growth of commodities available 12 months a year. A huge farm industry spanning North and South America produces perishables such as grapes, berries and vegetables that are packed and shipped to local supermarkets.

“Berries have become a year-round commodity. Strawberries and blueberries are coming from Chile and Mexico,” said Kenny Lund, vice president of support operations with Allen Lund Co., a firm specializing in seasonal produce nationwide. “There is more greenhouse production. Farms are getting into that, including in Canada. That is changing how produce is sourced.”

The other big change is the creation of dynamic produce systems, Lund said.

“The logistics of sending blueberries from Chile, we couldn’t do that 20 years ago. Now you have prepacked, cooling, hi-tech systems. The handling is much better,” he said. “People literally see the fruit of these improvements in logistics technology.”

“There will be solid growth for refrigerated and dry vans,” said Avery Vise, vice president of trucking research with Bloomington, Ind.-based FTR. Dry van trucks are used for such commodities as canned tomatoes and tree nuts, such as almonds.

American consumers have come to expect that fresh produce will be on store shelves. Produce accounted for 34% of total fresh sales for grocers last year, second only to the meat department, according to the United Fresh Produce Association trade group.

And consumers spend more when they shop for produce. The average basket of groceries costs $63 when produce is included but only $41 when produce is not purchased, the association reports.

This year’s produce season has sent spot rates for hiring a temperature-controlled truck higher. Rates for refrigerated trucks rose 2 cents to $2.51 per mile for the week of May 26, according to load board operator DAT Solutions.

Montague’s assessment cited the demand for reefers to haul Florida vegetables is tapering off, but Georgia needs trucks for onions, berries and, soon, peaches. Texas is harvesting citrus and mixed vegetables while acting as a way station for produce from Mexico.

When it comes to produce, all eyes are on California, Montague said. Currently, citrus and berries are active in the lanes around Los Angeles. 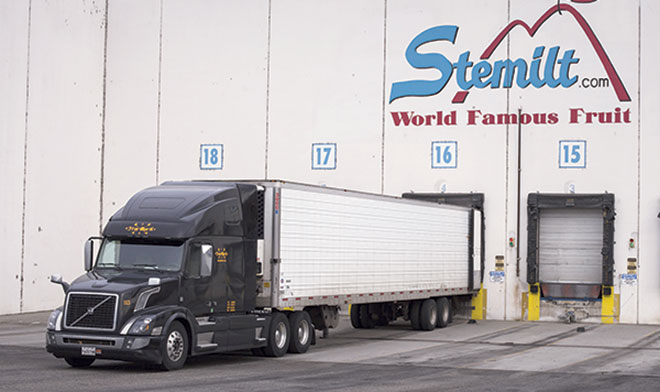 A truck is loaded for delivery at the Stemilt Growers packing facility in Wenatchee, Wash. (David Ryder/Bloomberg News)

That rising demand is demonstrated by FTR’s load-to-truck ratio. Late in May, the ratio for reefers hit 23 loads needing to be delivered for each one truck available, up from 13 at the same time a year ago and nearly 300% higher than the five-year average of 7.8 loads to truck.

Still, the produce market faces a number of challenges.

Regulations got tougher with the federal Food Safety Modernization Act that included new rules covering shippers, receivers, loaders and carriers that transport food. One part of the act on food transportation spells out requirements on issues including adequate temperature controls for trucks, food contamination prevention and vehicle cleanliness.

Also, some produce carriers say they have been more severely impacted by the electronic logging device mandate that has bitten into drivers’ hours of service. The primary complaint revolves around the time drivers must spend waiting at loading docks, and that means less time on the road.

“There’s uncertainty. Drivers show up at the shipper. But you never know when [a load] will be ready,” said Mike McCoy, president of Pacific, Mo.-based All-Star Transportation, a 25-year-old refrigerated carrier with 50 trucks. “It takes longer for the shipper to get the product packed and cooled.”

FTR’s Vise concurs: “The refrigerated business has been notorious for its scheduling issues. Docks are open for more narrow windows, and there’s less adoption of drop and hook.”

Despite the issues, it’s looking like a good season. For example, May was the best month ever for the 42-year-old Allen Lund Co. The La Canada Flintridge, Calif.-based company ranks No. 19 on Transport Topics’ list of the largest freight brokerage firms in North America.

“We’re seeing stronger volume and bigger numbers,” Montague said. “Reefers are on course for a strong year. June is always the peak season for produce.”