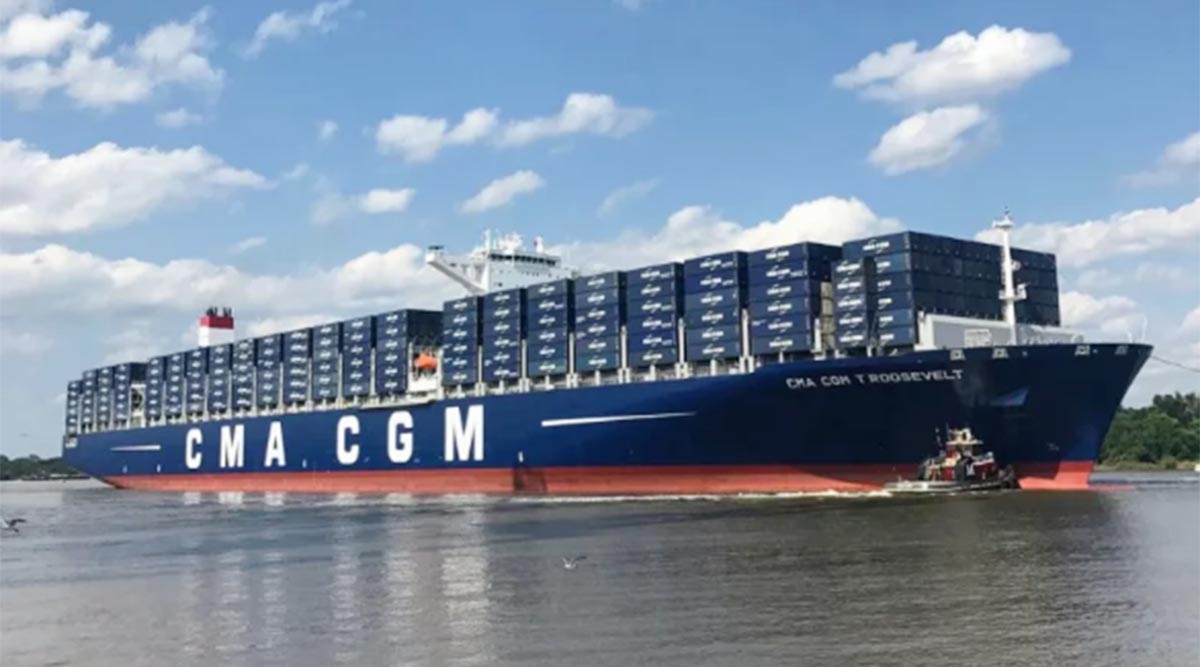 The biggest containerships ever seen in Tampa Bay will begin making weekly calls at Port Tampa Bay from Asia starting in May, port officials announced Feb. 19.

“This is another 52 ships a year that will come under our bridge and provide economic impact to all of our key stakeholders,” Port Tampa Bay CEO Paul Anderson told board members.

And with a capacity of 8,500 to 9,500 containers each — though not all or even necessarily most of those containers would be destined for Tampa — “these ships that will be calling on the rotation will be the largest ships ever to have entered into the bay,” he said.

The CMA CGM Group is adding Tampa, Fla., to its existing Pacific Express 3 service between Asia and the United States. Headquartered in Marseille, France, CMA CGM has a fleet of more than 500 ships that carry cargo to and from 160 countries, making it one of the biggest carriers of shipping containers in the world. 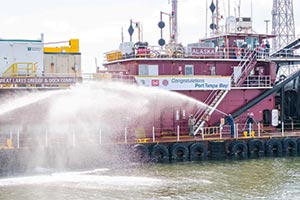 This is the second such expansion for the port’s container business in recent months, after Shanghai-based Cosco Shipping Lines’ start last month of a weekly service that puts Tampa in a rotation with several ports in China and around the Gulf of Mexico. Anderson called the launch of regular container service from Asia “one of the most significant commercial developments in the port’s history.”

Now, the just-announced Pacific Express 3 service will expand that network, with calls at Singapore, Vung Tau in Vietnam, the Chinese ports of Hong Kong, Shekou, Ningbo and Shanghai, Busan in South Korea, then via the Panama Canal, Houston, Mobile, Ala., New Orleans, Tampa and Miami, before returning to Singapore.

The decision is further evidence of the growing importance of the burgeoning markets around the Gulf of Mexico generally and particularly between Tampa and Orlando, Fla., Anderson said.

With the state’s largest concentration of distribution centers, the Interstate 4 corridor “has become the heartbeat of Florida’s international trade,” Anderson said. “These days, it’s critically important that you get as close to the customer as you possibly can. With this development, CMA CGM is doing exactly that.” 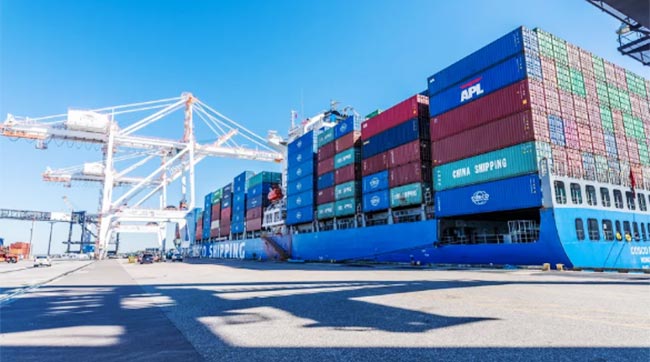 For port officials, landing two regular containerships from Asia further validates a $24 million investment in two 300-foot-tall gantry cranes capable of unloading ships nearly twice as big as the port’s previous 50-year-old cranes could handle. Even before the Cosco ships started to call in Tampa last month, the number of containers handled at the port for the three months from October to December rose 31%, from 19,432 to 25,362, compared with the same period in 2018. Anderson said the port expects container revenue, once a mere 3%of the port’s total revenue, to double or even triple over the next year.

The port already is seeking permits to create 67 acres of new uplands for both bulk and container cargoes over the next 15 or more years.

US Retail Cargo Seen Cooling in Second Half as Inflation, Rates Bite