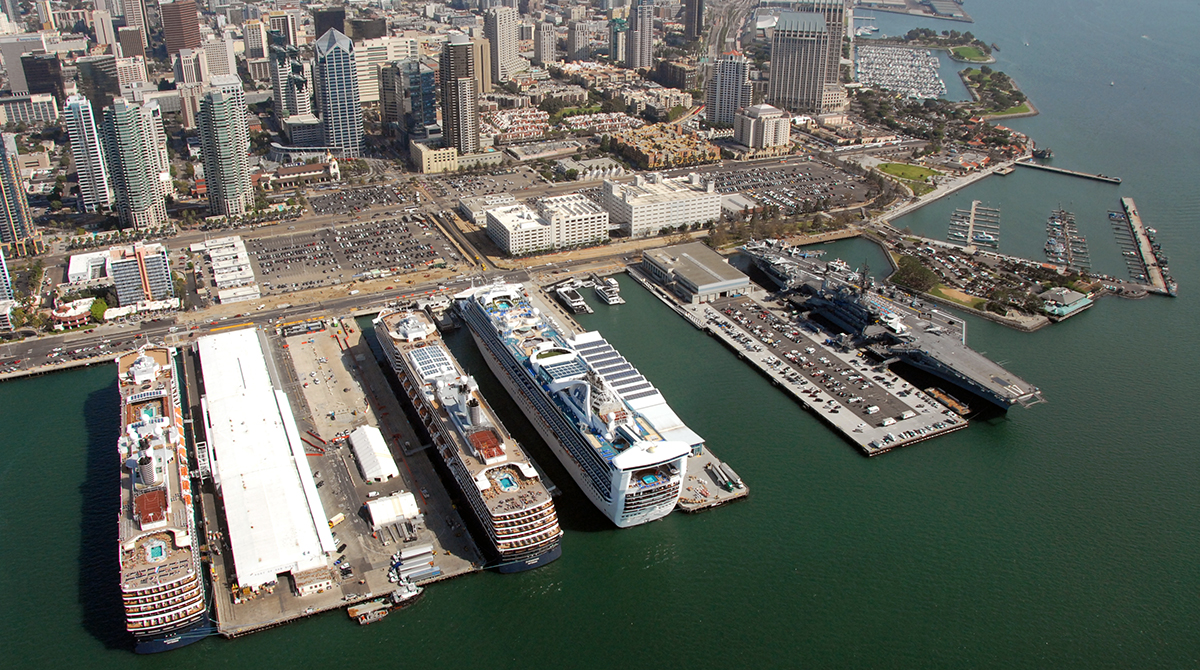 The Port of San Diego has landed its biggest maritime contract in years with a European company that will transport steel and other goods through the Tenth Avenue Marine Terminal.

G2 Ocean, a bulk shipping company based in Norway, will transport goods from Europe, through the Panama Canal to San Diego. It will primarily carry steel products, such as pipe coils, plates and slabs used for shipbuilding and construction projects.

Its agreement with the San Diego Unified Port District lasts three years and will bring in roughly $600,000 in revenue a year. Although no agreements are set yet for exports, it is expected that having a consistent liner in the bay will be a big advantage for San Diego companies that send large items overseas.

G2’s contract is the result of modernization efforts at the Tenth Avenue Marine Terminal that kicked off in 2015 with a $10 million federal transportation grant. The agency used the money to alter the terminal to allow for bigger, specialty items, unlike most ports that focus on shipping containers.

“I think it is a really good result of us coming up with a strategy and doing it,” said Port Chairman Rafael Castellanos. “It is a big deal.”

To accomplish the change, the port removed a 200,000-square-foot concrete shed and plans to demolish a second one. The extra space makes it easier for G2 to get its goods off quickly and onto rail and trucks.

G2 had previously used the Port of Los Angeles, but the Port of San Diego said it was able to convince the company to come to San Diego because it can now unload its goods much faster than a traditional container port.

Castellanos said the port has an imbalance of more imports than exports because there has not been a steady ocean liner coming each month. He hopes San Diego companies that ship items will soon take advantage of the opportunity to use G2’s ships once they have been emptied.

G2 is a joint venture of two bulk shipping companies, Gearbulk and Grieg Star. The G2 partnership operates the biggest fleet of open-hatch vessels worldwide and has 130 vessels, according to its website. It will also transport electrical transformers, yachts and fertilizer to San Diego.

Tenth Avenue Marine Terminal’s modernization is a little more than a third of the way done, the port said. The total renovation project is expected to cost $24 million and will increase cargo it can hold from 1 million metric tons a few years ago to 4.7 million metric tons by 2035.

Knocking down the two sheds to allow for larger cargo is the main goal of the modernization, but the plan also calls for upgraded utilities, new lighting and pavement, new modular office space, utility enclosures, added restrooms and on-dock rail line improvements.

About $14 million of the renovation funding will come from the port, with the other $10 million coming from the U.S. Department of Transportation under the Transportation Investment Generating Economic Recovery (TIGER) program.

Recent moves from the port echo San Diego’s historical efforts to become the first port of call for the United States after the construction of the Panama Canal. Many of Balboa Park’s historic buildings were constructed for the 1915 and 1917 Panama-California Exposition to highlight the city as a place for ships traveling north from the canal to go first.

It didn’t work out for a variety of reasons, including the San Diego Bay being too shallow at the time, San Diego had a lack of exports, too few rail lines, and Los Angeles and Long Beach had much larger facilities.

It’s unclear if G2 had a major cost savings by coming to Port of San Diego. Unlike here, the Port of Los Angeles leases out shipping terminals that would have the contract with G2, instead of the port themselves. The Port of Los Angeles is one of the three largest ports in California, along with Long Beach and Oakland. San Diego is considered a smaller, niche port, said the California Department of Transportation.