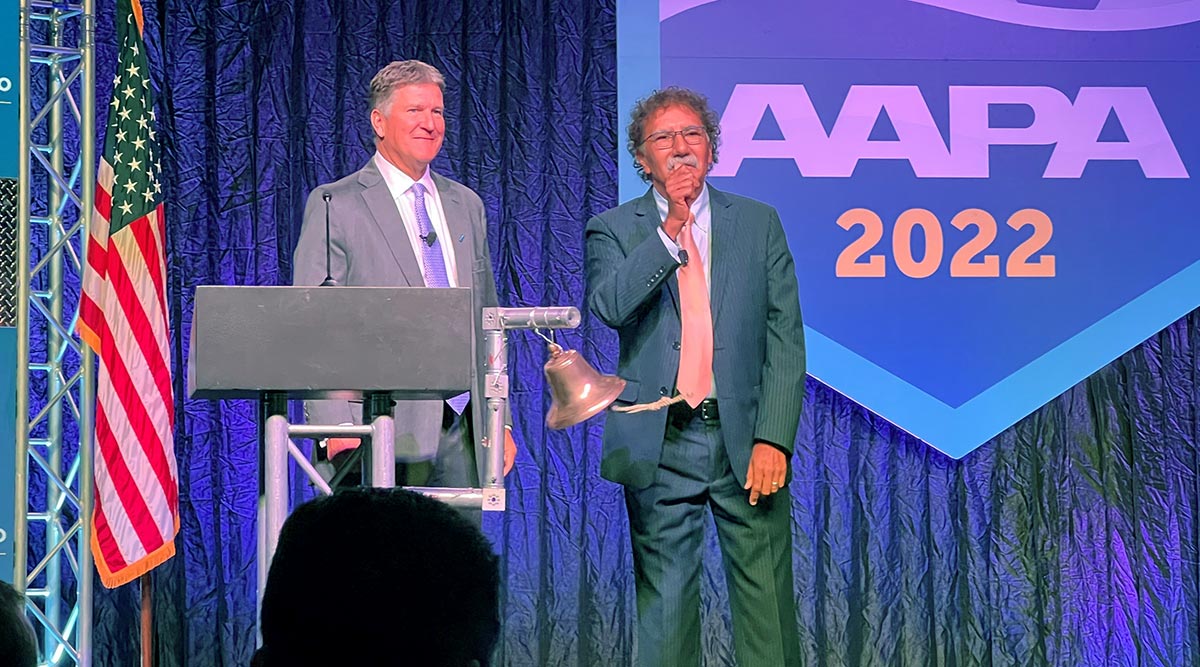 That is due in part to the Brotherhood of Maintenance of Way Employes Division, the nation’s third largest railroad union, rejecting a tentative five-year agreement by 57% of the vote because it was not satisfied with work rules.

Cordero said the nation’s economy would be devastated by a strike because railroads account for about 40% of U.S. long-distance freight volume, and his port, and the adjacent Port of Los Angeles depend heavily on railroads to move cargo.

“I think my level of concern is more in that area of getting the freight moved than the real discussions at the bargaining table,” Cordero said. “That’s only because, one of the issues we have had at the San Pedro port complex and other port gateways is the lack of railcars, the lack of equipment,” he said. “Our movement of railcars depends on what happens as far away as in Chicago. So, now, add to that this labor strife. I think that that concerns me more in terms of how that could disrupt not just the South, the Southwest or Southern California, but gateways overall throughout the nation.”

Cordero made his remarks on Oct. 17 at the American Association of Port Authorities annual convention. Cordero also serves as AAPA’s chairman and his term expires at the end of the convention.

The Port of Long Beach …

•  Handles trade valued at $200 billion annually and supports 2.6 million jobs across the nation.

• Serves 175 shipping lines with connections to 217 seaports around the world.

• Processed more than 9.4 million container units in 2021, achieving the busiest year in its history.

With the new contract, railroad workers would average salaries of $110,000 per year, and when other benefits are included the package is worth an estimated $160,000.

An estimated 115,000 workers at the six Class I railroads are covered under these negotiations.

Meanwhile, Cordero told TT he also is closely watching labor talks in San Francisco between the International Longshore and Warehouse Union and the management team from the Pacific Maritime Association, covering an estimated 22,000 workers at 29 locations.

Cordero said he does not have inside knowledge on the status of the talks, but he believes they are moving along at a steady pace and both sides have pledged to keep negotiating out of the public eye to reach a long-term deal.

“There’s no interruption of cargo. The cargo is moving,” Cordero said of the situation at Long Beach and the Port of Los Angeles. “Negotiations continue. I’m very confident that there will be a resolution at some point, and again confident that we will continue to move the cargo so that we meet the demand not only of the consumer, but the various business enterprises. I think the morale of the workers is very good.”

ILWU and PMA did reach a tentative agreement in late July on health care and medical benefits. The negotiations have deliberately been taking place in private as both sides imposed a news blackout and will only disclose information once an agreement has been reached on critical issues or there is a tentative agreement.

The talks, and concerns of a possible labor dispute, have caused a significant shift in cargo from West Coast ports to East Coast facilities. In August, the Port Authority of New York and New Jersey moved ahead of the Port of Los Angeles to hold the honor, at least for a month, as the nation’s busiest container port. The Port of Savannah, Ga., moved into fourth place as that facility is on track to process nearly 5.8 million containers in 2022. Just two years ago, it moved 4.7 million.

Cordero said the labor uncertainty is a significant factor in that shift.

“I think for the last decade you’ve seen the incremental movement of discretionary cargo to the Eastern ports,” he said. “Then there are the ongoing labor negotiations between the ILWU and PMA. I think that once those negotiations are finalized and there’s a conclusion to that, you’ll see a percentage of that cargo coming back, hopefully a significant percentage. But the good news for the nation is, I think it’s beneficial that we have these competitive gateways on both coasts. You know, at Long Beach, it’s not just all about the volume for us.”