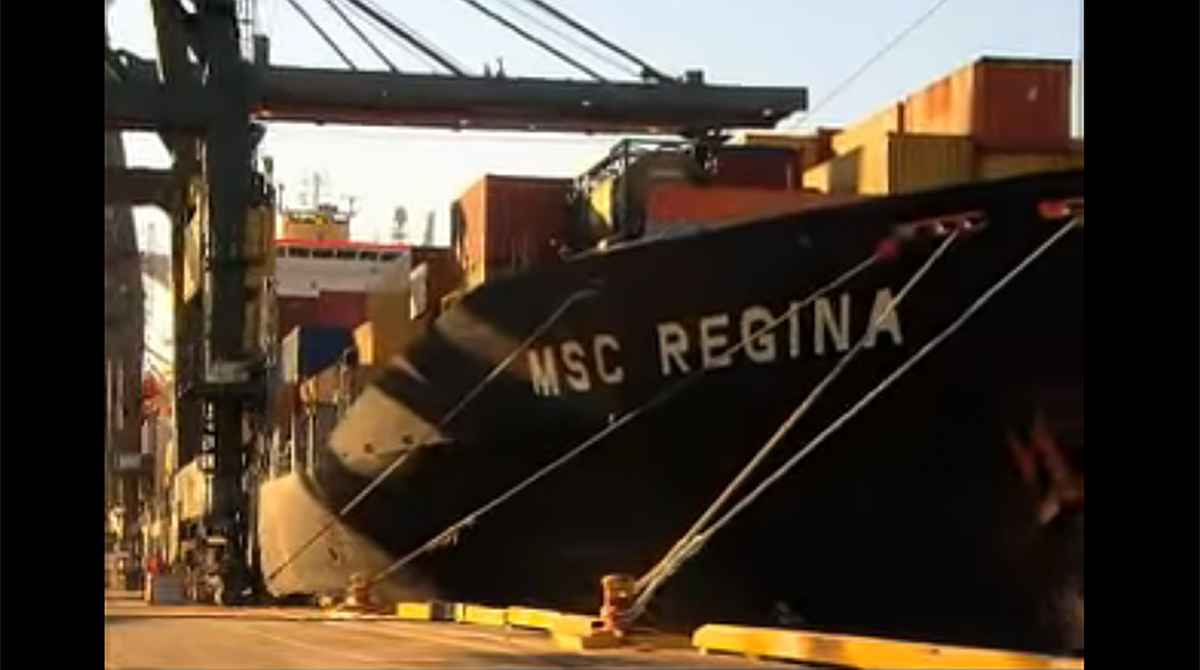 The Port of Houston, closed for a week after Hurricane Harvey, rebounded sharply in September with a 22% year-over-year increase in container traffic that would have been impossible without the sacrifice of others, the top official at the port acknowledged.

Some of the strength in September must be credited to the backlog built up during the last week in August, when the port was shut down.

But if the 392,836 TEUs in September are added, the two-month total was 6.4% higher than in 2016, despite a devastating hurricane that dumped more than 52 inches of rain in the city, according to the National Weather Service.

“The Monday after we reopened was Labor Day. Historically, that’s a very important holiday to the International Longshoremen, who don’t work because it’s a sacred day to them. However, they did the right thing to get the supplies into our area, and they continued to work through the holiday,” Port of Houston Executive Director Roger Guenther told Transport Topics.

In some cases, containerships due to visit Houston continued their journey around the hurricane to the next port on the itinerary. Some steamship lines unloaded boxes at the Port of Savannah, Ga., then arranged a barge service to haul the cargo to Houston after the storm cleared out.

“The Georgia Ports Authority really stepped up. Griff Lynch [executive director of the GPA] called me and said that they collected goods from water, canned goods, blankets and pillows for our employees. We have 600 employees and more than 100 of them were impacted by flooding from Harvey,” Guenther said. “We received four 20-foot containers on trucks from the Georgia Ports Authority and the Savannah community.”

It's heartwarming to see the bond in the port community.

He also credited South Carolina Ports Authority CEO Jim Newsome for taking donations and matching the total, sending a check to Houston to benefit the 100 employees. The American Association of Port Authorities also authorized money from its emergency relief fund to help the workers.

Port Houston employees also donated about $120,000 to the Employee Catastrophic Assistance Fund for their fellow workiers affected by the storm.

“I’m just grateful, and it’s heartwarming to see the bond in the port community,” Guenther said.

Meanwhile, the port received delivery of three super post-panamax ship-to-shore cranes in September as part of a $700 million modernization project at the Barbours Cut terminal, bringing the total to seven cranes capable of handling the Neopanamax vessels traveling through the expanded Panama Canal.

“Barbours Cut is a 40-year-old terminal with cranes that are 30 years old. They were productive and reliable, but they’re just not long enough, tall enough or fast enough anymore,” Guenther said. “We’re handling 8,000 TEU-plus ships, and we think it’s only a matter of time that these ships get larger and we have to be prepared for them. This investment is for 30 years, so we have to have some vision and look ahead.”

Although the South Atlantic Express doesn’t stop at Houston, the string between Asia and the East Coast via the Ocean Alliance — a vessel- and cargo-sharing agreement among OOCL, Cosco Shipping, CMA CGM and Evergreen — could kick-start 14,000-TEU service through the Panama Canal to locations such as Houston.