Platooning: Coming Soon to a Truck Near You 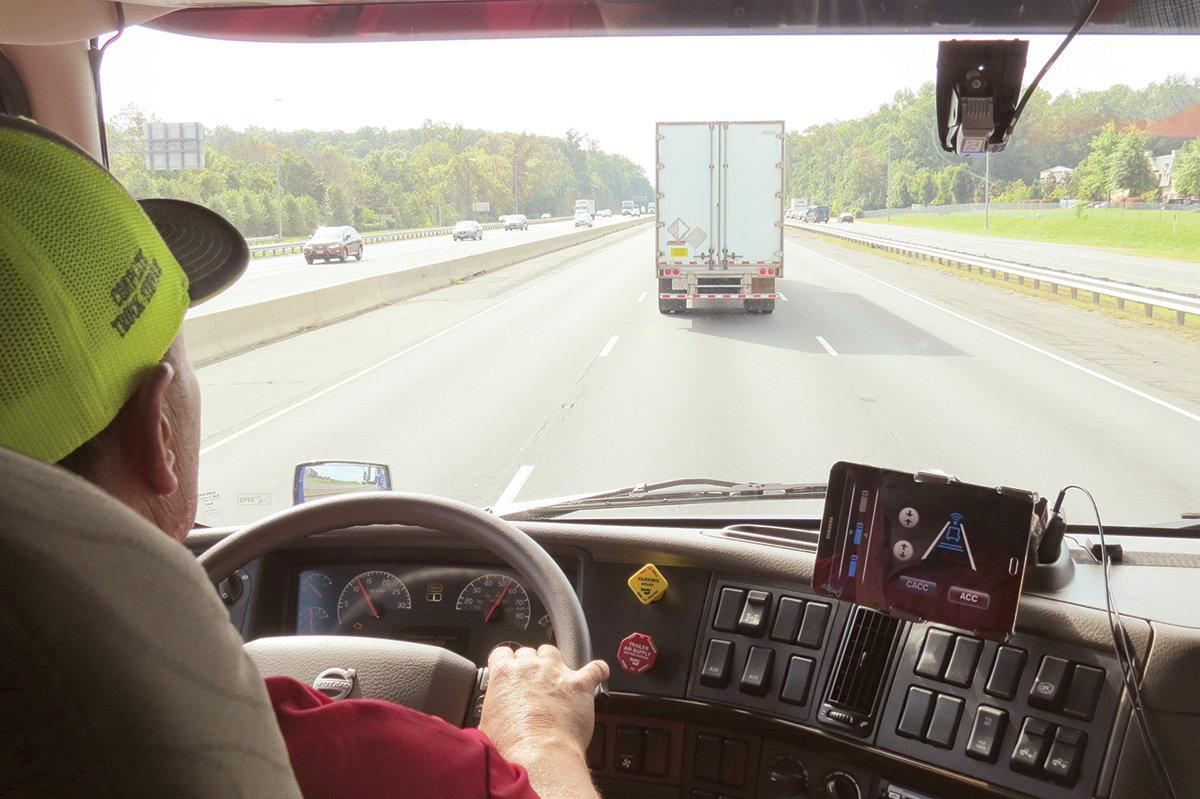 A view from the middle truck of a three-truck platoon during a Sept. 14 demonstration on Route 28 near Centreville, Va. Seth Clevenger/TT

Truck platooning — also known by the more precise but less compelling term “cooperative adaptive cruise control” — will soon become available to trucking fleets interested in testing the latest in fuel-saving technology. I recently had the opportunity to ride along in the middle truck of a three-truck platoon during a demonstration arranged by the Federal Highway Administration for industry leaders and members of the press. 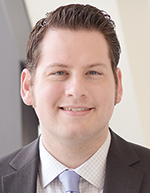 The trucks, equipped with dedicated short-range communications to synchronize their braking activity, traveled down a state highway near Centreville, Va., in a tight, aerodynamic formation designed to reduce fuel consumption.

The drivers still were responsible for steering the trucks, but the technology automatically maintained a set following distance once the system was engaged. The driver of the middle truck, Glenn ­Eaton, toggled among five settings for following distance, the shortest of which closed the gap between vehicles to about 50 feet while traveling at about 55 mph — significantly closer than what would be safe for a driver not assisted by the technology.

The system also automatically slowed the truck when a passenger car performed a staged cut-in between trucks involved in the platoon.

The platooning system used in this demonstration, outfitted to a trio of Volvo VNL 670 tractors, was developed by the University of California’s Partners for Advanced Transportation Technology program, or PATH.

But other players are preparing to introduce this technology commercially.

Startup firm Peloton Technology is working to arrange fleet trials as it prepares to launch its initial platooning system in the coming months. That system will be limited to two trucks, but future versions of the product could expand the platoons to include a third truck and incorporate higher levels of automation, including automated steering.

But that remains an open question: How many fleets will want to adopt the technology, and how quickly?

Platooning would not be a good fit for every trucking operation. The fuel-economy gains are beneficial only at highway speeds, meaning that local distribution fleets and trucks that spend much of their time in traffic congestion would see less benefit.

But the case is much stronger for carriers with linehaul operations in which multiple trucks are heading toward the same destination at the same time.

Those fleets could become early adopters, and as more carriers implement the technology it could expand to interfleet platooning, in which trucks from different companies team up for mutual gain.

Pace of adoption aside, platooning will give the trucking industry its first taste of what’s possible through vehicle-to-vehicle communications.

While platooning represents a market-driven use of V2V focused largely on fuel savings, the federal government has proposed a mandate of V2V capabilities on all new cars to prevent crashes.

That proposal, which eventually could extend to trucks as well, would enable nearby vehicles to send and receive safety messages that could enhance automated driving technology.

Last month, the U.S. House passed a bill aimed at accelerating the introduction of self-driving cars while senators continued work on their own legislation.

During a Senate hearing on automated trucks, American Trucking Associations President Chris Spear urged lawmakers to include commercial vehicles in any legislation that supports innovation in automated driving technology and testified that drivers will remain integral to the industry for the foreseeable future.

Ultimately, the landscape for autonomous vehicles in 10, 20 or 30 years will be shaped by the groundwork being laid today.