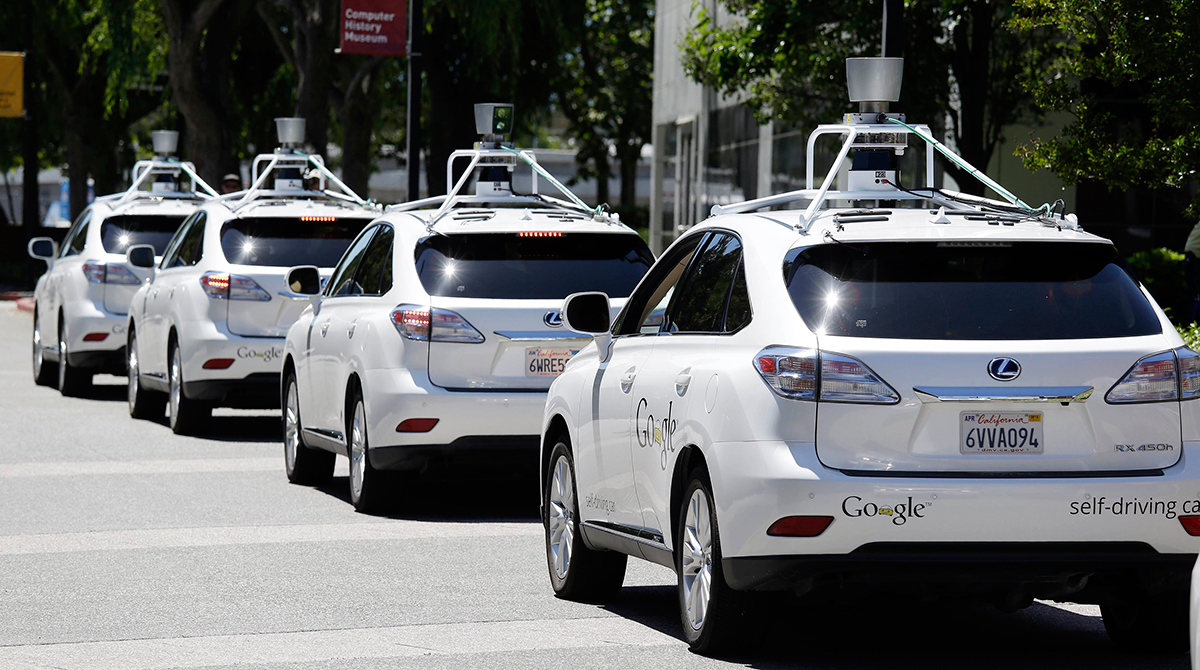 WASHINGTON – On a unanimous voice vote, a Senate committee approved legislation Oct. 4 that authorizes self-driving car makers to sell as many as 80,000 vehicles a year within three years that would be exempt from current safety standards as manufacturers develop technology for autonomous vehicles.

The overall legislation, proposed by Senate Commerce, Science and Transportation Committee Chairman John Thune, (R-S.D.), and U.S. Sen. Gary Peters, (D-Mich.), moved forward with the vote in committee and ultimately could set timelines for federal regulators to collect data and come up with standards for self-driving cars within the next few years.

“The most important part of this legislation is it allows for innovation,” said Peters, who said regulations must allow room for automakers and technology companies to develop the artificial intelligence and components needed to process huge amounts of data necessary to make autonomous cars function.

“This is cutting-edge technology that is advancing extremely fast,” added Peters. “It’s going to happen a lot sooner than people realize. This is not decades — it’s a matter of a few years.” He said Congress needs to act quickly so that American manufacturers know what is — and is not — expected of them as they try to win what has become a global competition while at the same time balancing safety concerns.

U.S. Sen. Debbie Stabenow, (D-Mich.), who is a cosponsor of the bill, said it could go a long way to help Michigan, which she said “has the workforce, the partnerships and innovative spirit to be the national and global leader in autonomous and connected vehicles.”

It’s not just Detroit automakers who are working on autonomous vehicles, however, with international car makers and technology companies like Google also deeply invested into the effort.

The legislation, like its companion measure passed in the U.S. House, would prohibit states from passing safety or design standards for autonomous vehicles and their components, leaving that to the federal government; require automakers to submit safety reports regarding testing and crash-worthiness to the U.S. Transportation Department, and increase cybersecurity efforts to protect data.

Self-driving cars, which some automakers say could be on American highways in the next three or four years, are being widely touted as the wave of the future, transforming commuting and driving habits, reducing congestion and, perhaps most important, cutting the some 35,000 auto-related deaths each year.

Most of those deaths are believed to be due to driver error.

Some consumer groups have argued that the legislation being considered in Congress gives carmakers too much leeway and takes away too much control from the states to set their own safety standards, but proponents say the trade-off is necessary.

The provision allowing 80,000 vehicles to be exempted from current safety standards — which was proposed by U.S. Sen. Richard Blumenthal, (D-Conn.) — is a reduction from the 100,000 vehicles that would have been exempted under the original version of the bill and that already passed the U.S. House, setting up a potential conflict to be resolved.

The legislation only allows for the exemption — which gives car makers the chance to test and design new technology while potentially foregoing traditional standards for items such as the placement of controls and displays, rear-view mirrors or protection from the impact of steering wheels in a crash — in cases where manufacturers can show the exempted car or component is as safe as that already on the road.

Manufacturers, including Detroit’s automakers, are looking to expand the current exemption limit each year, which is set at 2,500 vehicles to help test and develop the new technology.

Thune, who ultimately will guide the vote on the bill on the Senate floor once it comes up, called the legislation “a good start,” though he believes an opportunity to encourage development of self-driving trucks was missed by their being left out of the bill.

That helped ensure Democratic votes for the proposal, however. Recently, the Teamsters union argued that regulations encouraging the development of self-driving trucks should be left out of the bill, in part because there are questions about what such vehicles would mean for millions of commercial truck drivers.

Thune was not the only one who disagreed with that stance.

“I do understand their anxieties … but we ought to be including large trucks,” said Sen. Todd Young, (R-Ind.) “Large trucks are particularly likely to be involved in these fatal crashes… I really think we’re missing the boat here.”

The legislation also calls for a series of steps to be taken to give consumers information comparing the safety records of driverless cars with vehicles that need a driver. Before its passage by committee, the panel’s ranking Democrat, U.S. Sen. Bill Nelson of Florida, also helped broker an agreement that will allow states to retain authority not only over licensing and training, but over setting liability standards.

Peters said the legislation needs to move along as quickly as possible to keep up with the technology.

“Self-driving cars is every bit as big as when the first car came off the assembly line at Ford Motor,” he said.